Well Go USA has released the trailer and poster for Takashi Miike‘s upcoming action-comedy First Love, which involves a boxer with a brain tumor protecting a young woman who gets caught in the middle of a war between the Yakuza and the Triads. If you’re a fan of Miike’s gonzo-style then this one is not to be missed- it’s pretty wild.

First Love opens in New York September 27th, with a wider rollout October 4th. The film will also be screening at this year’s Fantastic Fest in Austin later this month.

When a duplicitous scheme by the low-level yakuza, Kase (Shota Sometani) goes hilariously wrong, a terminally ill boxer, Leo (Masataka Kubota), and a disturbed drug addicted call girl, Monica (Sakurako Konishi), find themselves innocently caught in the crosshairs of two warring gangs. Over the course of the increasingly ludicrous night, the two fall passionately in love, while the hail of bullets and blood fall quietly in the background. From prolific auteur Takashi Miike, this noir-tinged, violent yakuza film, is Miike at his most fun and anarchic. 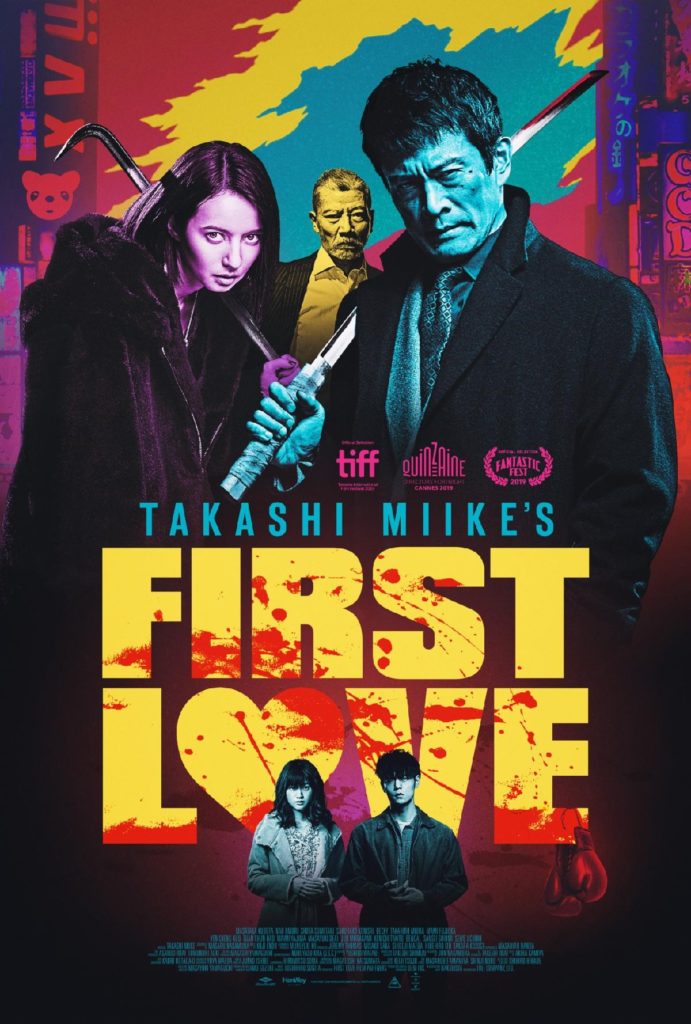