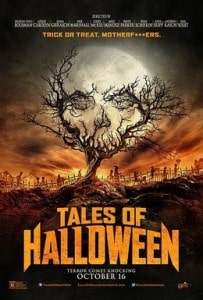 For years, the cinematic Halloween season was always marked by a new movie; recently it was more about Saw or Paranormal Activity.

For some reason, the powers that be decided it was more profitable to move the Michael Myers franchise, Halloween, to a late-summer release. Since then, horror fans were left with nothing more than standard, cookie-cutter horror flicks that didn’t really capture the spirit of the holiday but focused more on the scares, assuming the film actually delivered any.

In 2007, along came a little film called Trick ’r Treat that truly captured the spirit of Halloween, and it was one of the best unreleased horror films and should have seen the light of day, more than all the other dreck that was released. Eight years, later the mantle has been picked up, and Tales of Halloween carries on the tradition of delivering screams and laughs in fine Halloween fashion.

Haddonfield, Illinois, thought they had it bad, but another American suburb becomes absolutely unhinged when Halloween comes around. Ghosts, ghouls, monsters and even the Devil himself walk the streets, tormenting and terrorizing those unfortunate enough to cross their paths. That’s the basic premise of this interwoven anthology of 10 films by 11 directors.

Anthologies are nothing new in the horror genre. There have been some classics like Creepshow, Trick ’r Treat and Tales from the Crypt (1972), and then there have been some bad ones like Creepshow III or the VHS Trilogy. What often separates the good ones from the bad is how the filmmakers link the stories together, which, when done right, gives a film an added layer that’s akin to finding more candy at the bottom of your trick-or-treat bag.

Tales of Halloween does just that and kudos must be given, considering this film was essentially 10 different productions that managed to subtly incorporate callbacks – both visually and via dialogue – to other segments within the film, proving to be a very nice touch. 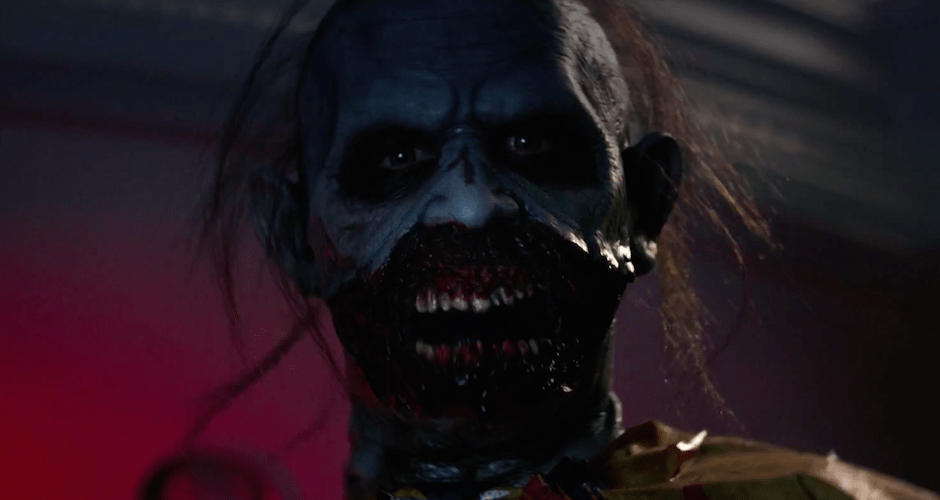 The stories themselves vary from horror to comedy to slapstick. It seems the intent was not to just give you a good jump but to make sure you have a fun time. The best segments are the ones that focus on folklore like “Sweet Tooth” and “Grimm Grinning Ghost.” Other segments take familiar elements, such as pranks (“Ding Dong”), lawn decorations (“This Means War”), gory photos (“Trick”) and even revenge and give them a twisted, dark and amusing spin. The segment “Friday the 31st” was my favorite segment, as it blends many tropes in a Sam-Raimi inspired, silly-but-gory laugh fest.

This genre all-star concoction with too many stars to list (though if you’re a fan, you’ll know who they are) is a fun film to watch, especially during the Halloween season. Like many anthologies before it, not every segment is going to be a winner, but Tales from Halloween doesn’t have that many weak links. This movie is a fun, blood-soaked ride that should more than satiate anyone looking for something to put them in the Halloween spirit. Trick or treat!