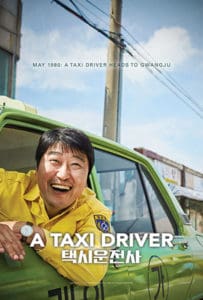 Set during the bloody Gwangju Uprising in South Korea in the Spring of 1980, Hun Jang’s A Taxi Driver delivers a powerful and heartbreaking, yet inspirational, true story framed within a Summer blockbuster.

Song Kang-ho gives an award-worthy performance as Man-seob, a happy-go-lucky Seoul taxi driver who is struggling to make ends meet and to take care of his young daughter. After the opportunity presents itself, Man-seob picks up a job escorting Jürgen Hinzpeter (Thomas Kretschmann), a German journalist from Seoul, to Gwangju and back – a task that will quickly prove easier said than done.

Unbeknownst to Man-seob, the political unrest is reaching a boiling point in that area, with protests becoming larger, the government enacting marshal law, and the military occupation escalating their use of force. Citizens, and especially the foreign press, were forbade from entering Gwangju, but needing the cash for rent, Man-seob smooth talks a soldier to let them through and the gravity of the situation they are in soon becomes evident. 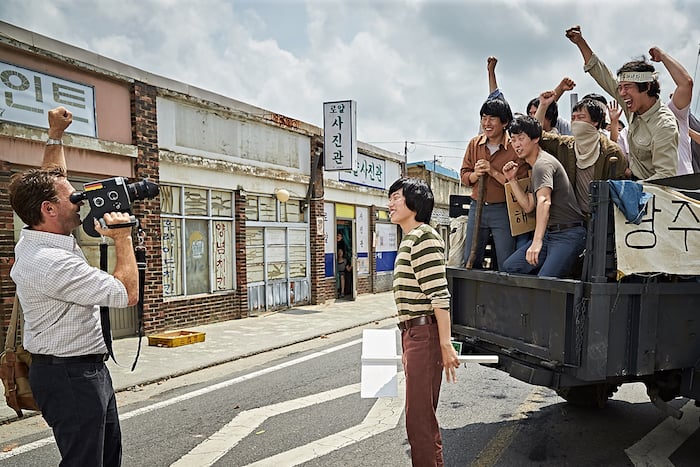 In the opening moments of the film, we see Man-seob navigating through protests in Seoul with a flagrant disregard for their cause, only really paying attention to them when a fleeing protester causes him to break off one of his mirrors. Played to perfection by Song Kang-ho, he’s a simple everyman whose focus in life is taking care of his daughter in the present and not thinking about what a possible future for her could hold. Song deftly brings heart and humor to the role in one of his best performances to date, solidifying his status as one of the best Korean actors working today and someone who should be getting a lot more attention from Hollywood.

At times feeling like a disaster film, the drama in A Taxi Driver steadily increases through a series of set pieces, each becoming progressively larger in scale, and culminating in one of the film’s weaker points – a chase sequence involving a caravan of taxis rushing to the aid of Man-seob and Jurgen as they attempt to escape the pursuing military out of Gwangju. 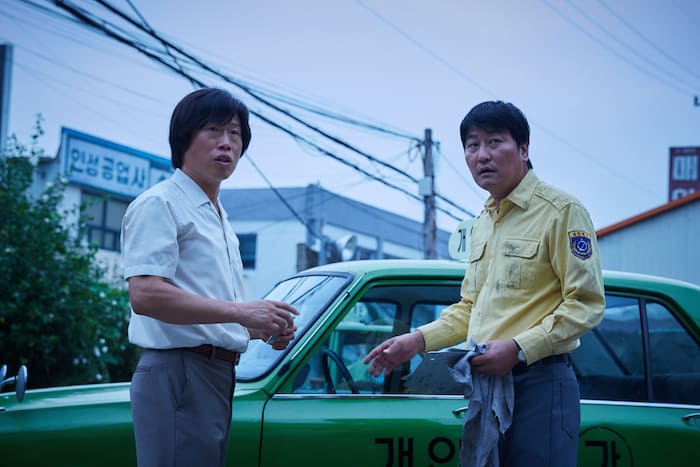 Like I said, this is a Summer blockbuster through and through, and that includes falling for a few tropes along the way: a smattering of overly melodramatic moments being one of them. These scenes are far from egregious and are easily forgiven due to the incredible true story that’s conveyed on the screen, but they do detract from the realism of the events unfolding.

Though there aren’t any official numbers, an estimated 600 people lost their lives during the Gwangju Uprising, and while this is a specific and important piece of South Korean history, A Taxi Driver presents this event using broad themes we can all relate to while still honoring those involved and affected by it.