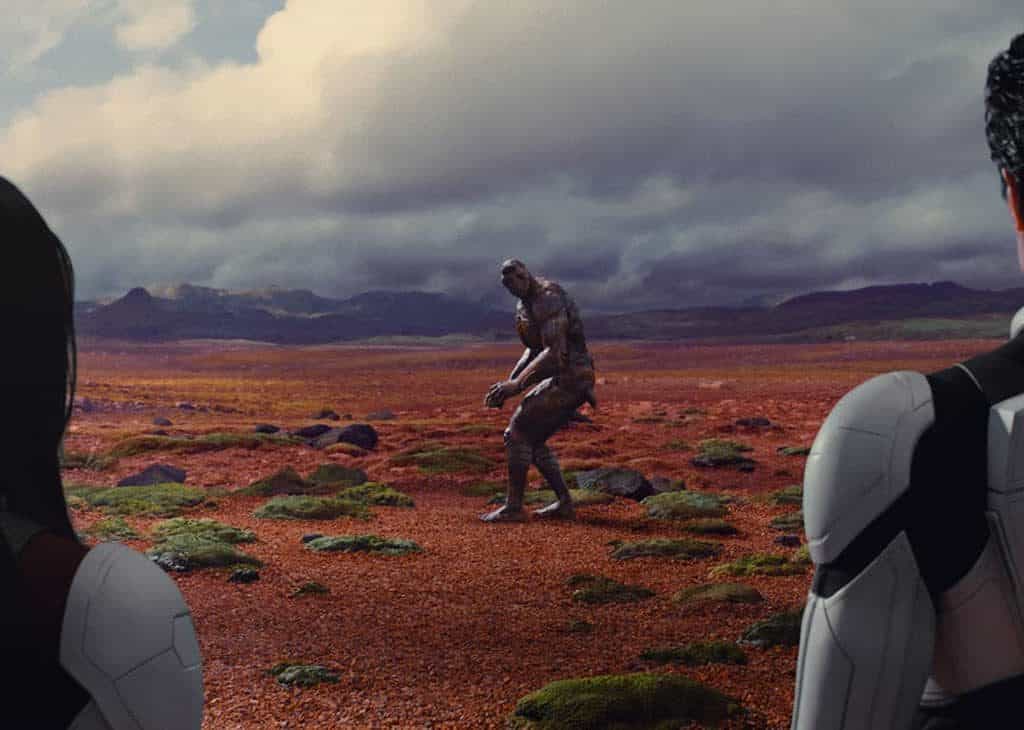 Based on a popular manga by Yu Sasuga, the concept of Terra Formars seems perfectly suited for a director like the legendary Takashi Miike, someone who is no stranger to both manga adaptations and bizarre storylines.

Originally released in 2016, this live-action adaptation of the series follows a group of criminals and degenerates who are forced to volunteer for an expedition to Mars in order to assist in its terraforming. Previous attempts resulted in the planet being overrun by cockroaches that the crew would come to discover evolved at a highly accelerated pace, causing them to take on slightly human form, while also carrying the superhuman characteristics of what a man-sized roach would have: mainly heightened senses, super strength and speed, and flight.

Though it may seem like a hopeless endeavor for these untrained civilians to take on a seemingly endless army of alien roaches, the government agency that sent them on this task went in prepared by injecting each one of the crew members with a special cocktail that fuses their genes with an insect that most closely matches them. With these special powers of their own, they might just stand a chance against their disgusting adversaries.

I don’t know exactly why it took me this long to give Terra Formars a look; perhaps it’s my general distaste for live-action manga adaptations, which are largely mediocre, or maybe it was the lame looking poster that kept me away, but I’m extremely grateful that Arrow Video has released this on Blu-ray and has given me a reason to give this a shot. I was not disappointed.

It plays like Miike’s version of Starship Troopers, where, instead of heavy firepower, the troopers have the ability to mutate into humanoid insects. It’s utterly ridiculous from start to finish, with its dated effects work (even for 2016), over-the-top acting, characters with silly antennae flailing about, and a barebones plot; but I loved every stupid second of it.

The characters embody their own distinct insect, such as the mighty stag beetle, hornet, praying mantis, moth and many more. Possibly my favorite part of this mechanic, other than a narrator periodically interrupting the film to tell us about the insect while some flashy CG models bombard us, were the two Yakuza members and their abilities, which we never got to see. For some reason their insects were designed for water, of which there is little of on Mars, so we never saw them change into their bug forms at all; even the narrator even chimes in stating, “I don’t know why these insects were picked for them.”

This is not a good movie, to be sure, and it’s not one of Miike’s strongest releases, but it contains enough of his signature style that it goes beyond the cookie-cutter anime and manga adaptations that we’ve seen a lot of in recent years. It’s goofy and never takes itself too seriously and remains fun from beginning to end, despite its numerous flaws.

The newly released Arrow Blu-ray contains a decent amount of bonus content, though it’s not the treasure trove found in many of their other titles. There’s a lengthy making-of feature, interviews with the cast and crew, trailers, outtakes and a still gallery.

The English subtitles are newly translated, but I can’t comment on them, considering this is the first release I’ve seen for the film. It would have been nice to have a director commentary or really any commentary track at all and maybe some new content not previously available on other releases.

Still, this is a release I can give a “light recommend” to based on the film alone. I mean, there’s a guy whose only power is that, when he activates his bug ability, he shrivels up and goes into hibernation until someone dumps water on him. Who wouldn’t want to see that?