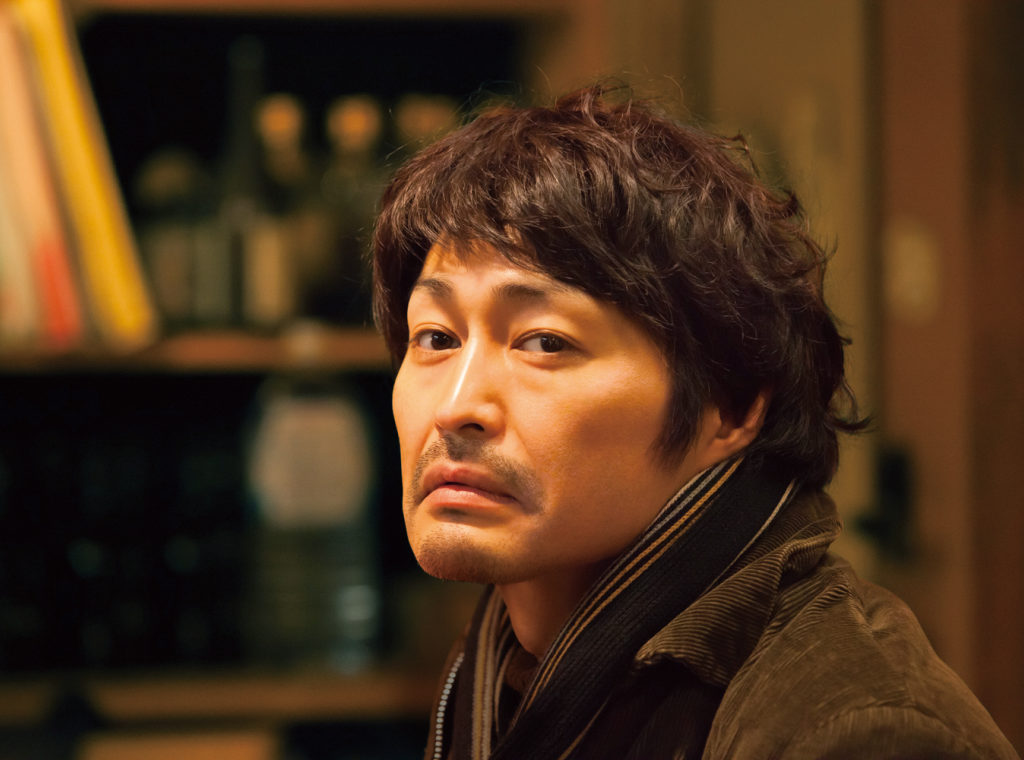 A thief drops his gun in public, rushes away from the crowds, collapses theatrically in a gunfight, and then a director calls a cut. Incensed by his lead actor’s hamminess, the director calls upon veteran extra Takuji Kameoka (Ken Yasuda), cast as a homeless bystander, to show the young upstart actor (Kodai Asaka) how to “die properly” for the scene in question. The tired-looking, greying and blank-faced Takuji dutifully and simply slumps over, without flair, without style, and stays that way much to the praise of the director. Quietly, he shuffles back to the margin of the frame to little fanfare, a consummate professional who never stands out.

Satoko Yokohama’s The Actor is one of many entries in a recent meta trend within Japanese cinema to look back at the filmmaking process and, more specifically, the supposedly less appreciated members of a film crew and allow them their moment in the spotlight. Recent films, such as Extro (2020) and Red Post on Escher Street (2020), have taken up the cause of giving the unsung extra their cameratime, but Satoko Yokohama’s film is less direct in this depiction. The film is very much just a portrait of a hardworking actor in Takuji, whose life playing supporting and background roles have left him ultimately unfulfilled and lacking purpose while clouding the peripheries of the industry.

The film lives and dies by Ken Yasuda’s subtle tragic performance and the quiet dignity he displays throughout the various unenviable jobs he takes during the film. Ho-humming between repeated takes of unknown films and television dramas in such genres as yakuza and samurai, the perennially tired Takuji tries to remain optimistic for his career within the industry as the film indulges in humorous repeated sequences of blown lines and various director suggestions.

Always chasing his next role but never under the delusion that the 40-something will achieve some kind of spontaneous fame in an industry that favors young and fresh stars, Yasuda exudes an understated sadness over the dwindling prospects of his career. Through Yokohama’s equally underplayed visual style, leaninging heavily on longer takes and digital cinematography, The Actor takes an ultimately empathetic look at a film industry unwilling to pay any consideration to the workhorses who fill out casts while never hogging the limelight from the “actually” famous stars.

Outside of the day-to-day grind of Takuji’s career, the film also delights in playfully blending reality and fiction around Takuji’s life, heavily supported by drifting in and out of fantasy. Occasionally, The Actor will just begin in-media-res in one of Takuji’s multiple jobs and only release the audience from the facade when an unseen director calls cut. Or, in one spectacular fantasy sequence, Takuji auditions for a famed Spanish director that devolves into a beautifully composed shadowplay that gets more fantastical the more that is committed and the more “lost in the part” Takuji becomes. These sequences seem to say that, for the career acting professionals who have to drift into any number of roles at a moment’s notice to make ends meet, reality itself is never secure and you could easily get lost in fantasy pursuing your dream.

The film is levelled by a sweet love story between Takuji and bar owner Azumi (Kumiko Aso), which crops into Yokohama’s vignette-heavy narrative. Like a counterbalance for the story as a place where Takuji can “be himself” for once, the romantic subplot is a lovely addition that is able to fill out Takuji’s character without distracting from the film’s primarily bitter assessment of the independent film industry. Sharp, funny, but never callous, The Actor is as kind-hearted as they come when trying to navigate the often cruel and competitive Japanese film industry.