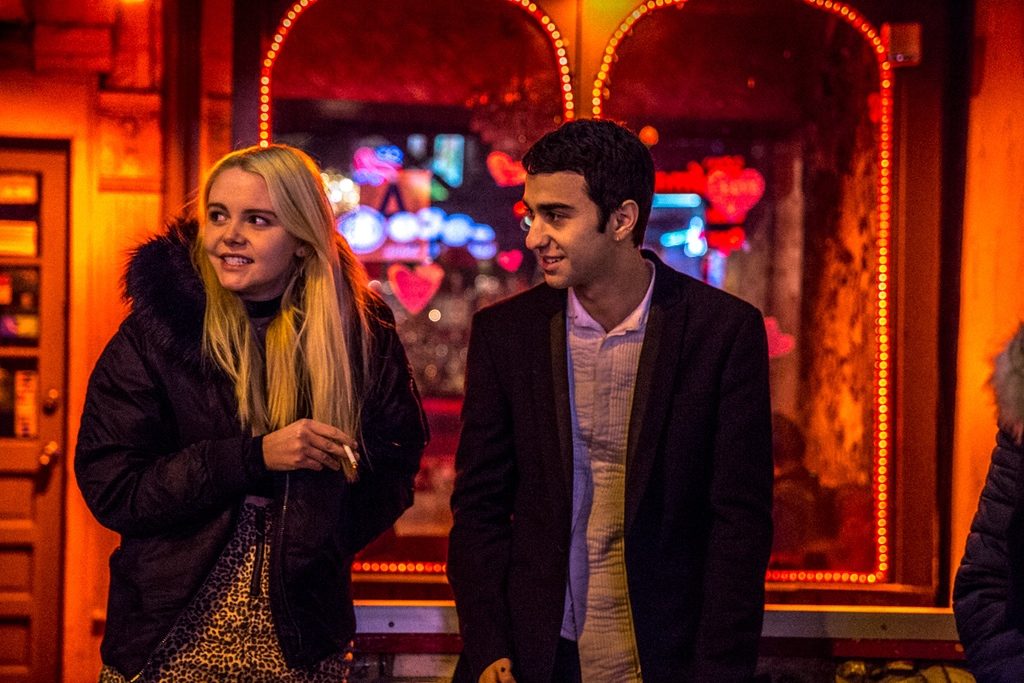 Alex Wolff haunts my nightmares. Correction, the entire cast of Hereditary and everything about that film haunts me. And this is coming from someone who covered her eyes for the last 30 minutes because I just couldn’t take it. So, when given the chance to see Wolff in something that wouldn’t scar my soul, I was intrigued, and when I learned he was not only starring in this film, but also writing and directing it—and creating some of its music— I was fully onboard. Wolff’s first feature isn’t groundbreaking, and at times a bit formulaic, but it does what it needs to do, which is give Wolff a chance to be centerstage. And I can conclude it’s just as worthwhile to watch him work in everyday circumstances, as it is with horrifying supernatural elements.

The Cat and the Moon is about Nick (Alex Wolff) who has come to stay with Cal (Mike Epps) in New York City. Cal is a friend of Nick’s late father, the two were in a band. He is taking care of Nick for a few weeks while Nick’s mother is in rehab; this isn’t her first time. Nick goes to school and meets a slew of characters–Russel (Tommy Nelson), the wanna-be tough guy, Seamus (Skyler Gisondo), the smug guy, and Eliza (Stefania LaVie Owen) the cool girl who dates Seamus, and catches Nick’s attention early on. With his new group of friends Nick drinks, does drugs, hangs out, and appears like a typical teenager. But everytime we see him at Cal’s apartment we’re reminded he’s not normal. He doesn’t sleep, and though his father died years ago, he still looms large in Nick’s life.

What sets apart Nick from many a character that we’ve seen in this type of film is his willingness to be open, whether it be with his friends or Cal. It’s through Nick’s conversations that we learn about his father, mother. And that despite everything she has done, he has an unwavering allegiance to her. Yes, he’s moody, gets into fights, has tattoos, smokes cigarettes, all the markers of your typical “troubled teen,” but he’s more than that. He has a heart and shares it with everyone. 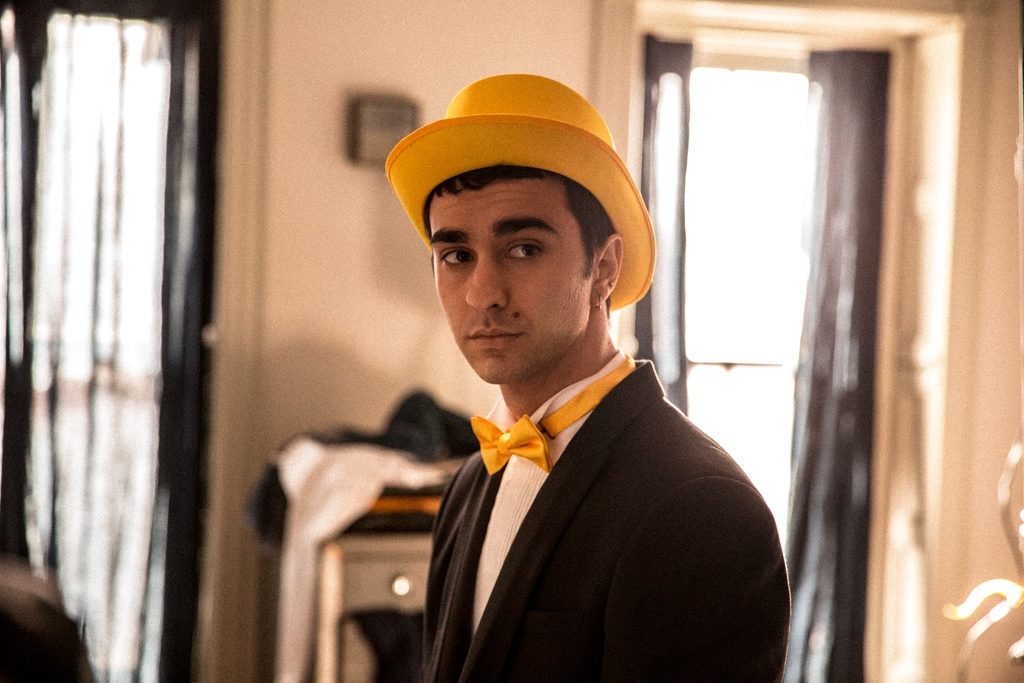 Despite the unpredictable bits, Wolff’s script is still predictable. The chemistry between Eliza and Nick is there early on, so we know it will turn into something. The numerous fights, substance abuse, are all hallmarks of this sort of story. And a big outburst scene, the one where one character finally lets out everything, this film also has one of those too. This outburst happens in an even more literal sense as Wolff actually gets sick before his big speech– he’s high—and the recipient of at least his word vomit is Cal.

Wolff thrives in the chaos but also the calm of this film. When he’s given the chance to just breakdown in anger or sadness, that’s when he’s at his best. It seems like Wolff was trying to capture this raw emotion in many of the shots. When Nick gets into a fight at a party, the camera focuses on his face for a few minutes as he’s just kicking the stuffing out of a kid, and there’s a deadness in his eyes. He’s been completely taken over, and it’s a scary thing to witness.

I wish the guardian would be more involved in these temporary guardianship stories. Mike Epps has a recognizable name and years of experience, so why have him if he’s not going to be utilized to his fullest? There are times where Epps and Wolff genuinely connect in the film, over music, Nick’s family, and that big outburst scene is quite powerful as Epps holds his own, adding layers of concern, frustration, and sensitivity. Much of their conversations though diminish into arguments. And in many ways Epps felt reduced to just the guy with the apartment and the information on Nick’s father.

Though The Cat and the Moon needs more originally and a stronger guardian presence, it serves as a good starting place for Alex Wolff, and will hopefully provide more opportunities for directorial work.