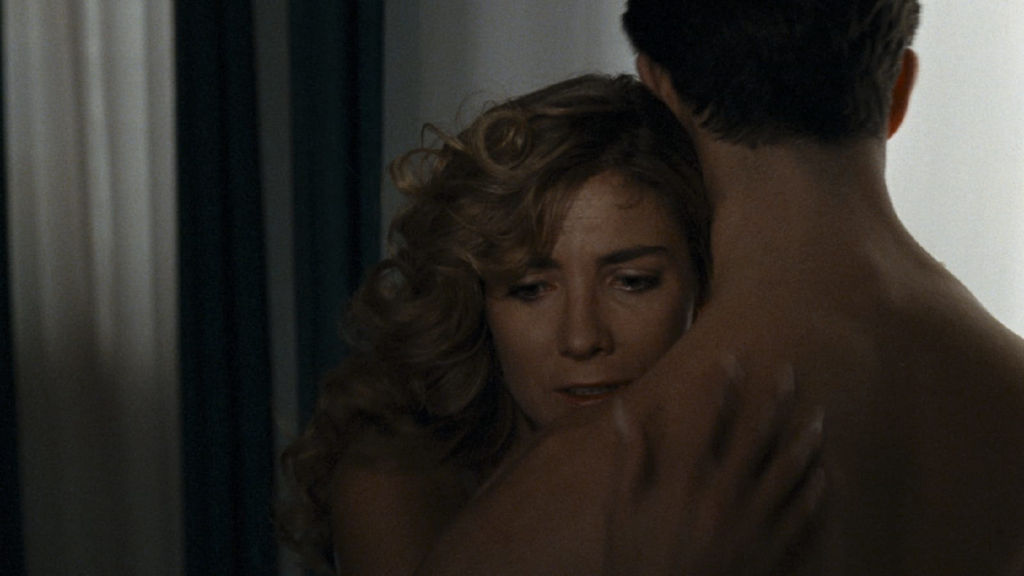 Natasha Richardson and Rupert Everett portray the lovely couple who decide to take a holiday in order to re-evaluate their relationship. One night, after getting lost on the Venician streets, they meet a suave bar owner (Christopher Walken) who takes them out for a night of drinking and storytelling.

The next day they run into him again, and he invites them over to his luxurious home to meet his wife (Helen Mirren). The audience immediately feels a sort of unease with these two, something Richardson’s and Everett’s characters seem completely oblivious to, the first of several baffling character decisions made throughout the film.

Focusing on the Eastern influences of Venice rather than your standard Italian styling, Schrader’s keen eye for visuals shines throughout the runtime, adding oodles of atmosphere, be it stunning architecture exquisite costuming or sweeping camera movements, crafting a visual story that is far more interesting than the script will allow.

Walken is in prime form here, with multiple opportunities to completely dominate the scene, including an incredible 12-minute monologue that seemingly goes nowhere but foreshadows events to come while also calling into question the character’s shaky mental state.

Schrader crafts an often-poignant little thriller — but for all the subjects it explores, like the traditionalist male/female dynamic versus the modern feminist movement — it falls a bit flat from a pure-narrative perspective. Not much really happens, and when the climax does occur, we have all kind of predicted the ending by that point. Still, the visuals and performances alone are worth the plot’s shortcomings, making the movie worth a look, especially for those looking for some classic erotic-thriller action.

Now out on the Criterion Collection, the newly released Blu-ray edition of The Comfort of Strangers contains a new 4K restoration that was supervised by cinematographer Dante Spinotti and approved by Schrader. Having never seen any previous versions of this title, I can’t compare them, but it’s a great transfer and looks pristine, which is especially evident in the many deep blacks the film features.

Supplements are comprised entirely of interviews, most of which are new for this release, including those with Christopher Walken, Paul Schrader, Dante Spinotti and editor Bill Pankow, along with archival interviews with Natasha Richardson and author Ian McEwan. Unfortunately that’s it for bonus content, and there’s sadly no commentary track either.

Not being necessarily wowed with the film itself, nor the supplements contained on the disc, I found this to be one of the less impressive Criterion releases. The solid restoration and new interviews will certainly please fans, but for me, I’d just stick with a streaming view on the Criterion Channel instead.