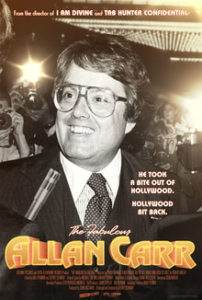 The epitome of what was an Allan Carr production/endeavor, no matter the media or year it was witnessed by the public, was the cross-section between inherent extravagance and a longing for a mythic past of Hollywood’s invention.

The gaudy producer’s sense of lavishness propped up a career of unprecedented highs and a rolling descent to the bottom that spanned three decades chasing marquee lights as a talent manager, host, scriptwriter and a producer of films, Broadway musicals and, yes, even the Academy Awards one regretful time. Even his identity choice of Allan Carr was influenced by his personal obsession of the glitz and glamor that “the pictures” espoused (“Carr because it rhymed with Star,” as he was alleged to quip).

His was an historic life spent in love with what the movies promised and essentially burning through his career’s longevity, attempting to recreate that in his present. At least that was what I could gather from The Fabulous Allan Carr, a documentary by Jeffrey Schwarz meant to offer an insight into the would-be star-gazing of its larger-than-life subject and all the prodigality of the personal and professional variety this produced.

The ornate luster of his image may have waned since his death in 1999, but Schwarz makes the compelling case that Carr was once one of the most powerful and influential personalities in all of Hollywood, even if his actual body of work (sans two notable smashing successes) refute this type of claim. 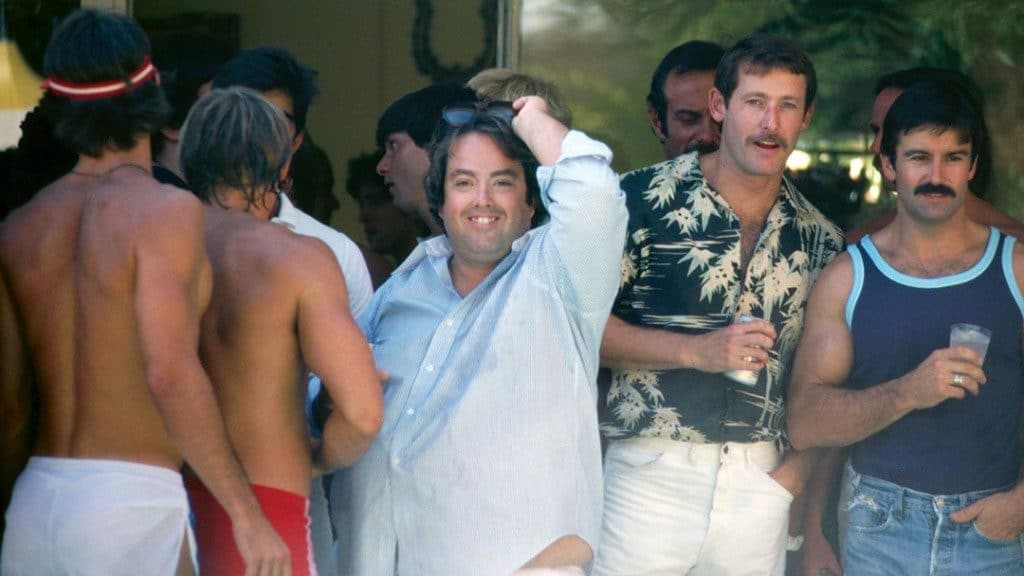 As fabulous as he portrayed himself to be in the exhausting amount of public appearances he made during his lifetime, draped in a variety of luxurious caftans and topped with his signature spectacles, his legendary status has not been respected by history as Schwarz proves to be one of the few to celebrate him and his influence. Although I make no pretense of expertise when it comes to Hollywood history, in what I have undertaken and studied, Carr was never much more of a liner note in the vast history that is the Business.

As openly gay as one could be in Los Angeles in the 1970 and 1980s without giving it a word more descriptive than “flamboyant,” Schwarz lovingly details how Carr traded in excess with all his endeavors and built a reputation among the Hollywood old guard for how extra he could be when it came to celebrating entertainment as an escape from reality. Sadly, even with a collection of personal acquaintances and archived interviews of the man in question to speak on his career, the film fails to approach an understanding of its subject beyond the glitzy surface he promoted. 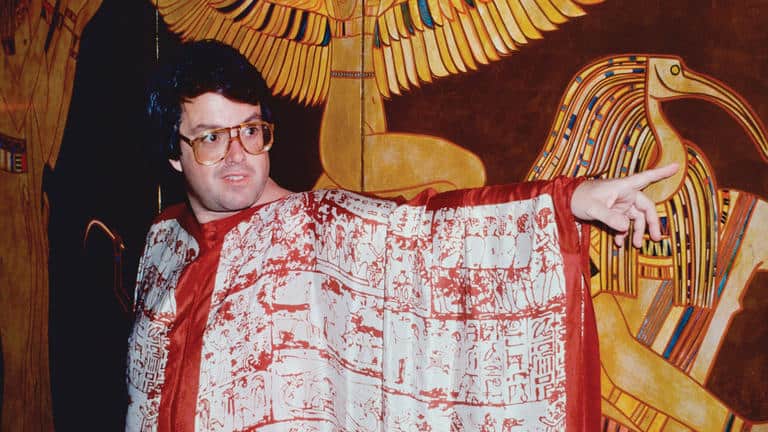 The film’s incessant fawning over his outrageousness renders him a caricature, figuratively and quite literally as the film is littered with these Producing Parker-esque animations, which entertains but makes the film’s later framing of him as a tragic, more personable figure deeply ineffectual. Especially when it has a passing reflection on the AIDS crisis and how that “really killed the mood,” so to speak, at Carr’s non-stop party home, where he spent most of his time.

So many of these attempts to humanize this persona are left to dangle among all the fast times and mirth, and Carr, even after he is left financially ruined by a Village People film and turns the Academy Awards into a garish display of excess, never becomes approachable through Schwarz’s retelling of history.

The film wants to minimize Carr’s personal failings and focus its spotlight more on the go-go successes and praise that afforded these failures, and as a result the picture we get of Carr is askew. His personal foibles and professional stumbles don’t contribute to the impression of Carr because the film is much more interested, detailed and thought-provoking when it is afforded the opportunity to big up its central subject. 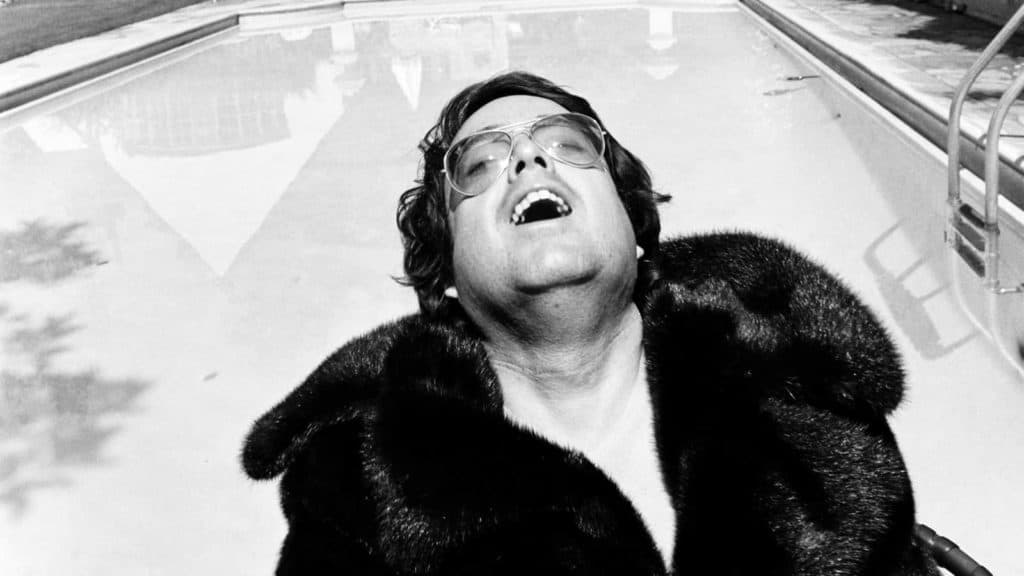 That being said, the film’s chapters on Carr’s hefty involvement with the production of Grease, his turn as a marketer for films like The Deer Hunter and Tommy, and his Broadway arrival of Les Cage aux Folles are superbly entertaining and informative. It helps sell you on the fantasy that is the “The Fabulous Allan Carr,” but the cursory explorations of his career lows done in the same tone and vigor keep him a fantasy.

This is a treatment of his character that Allan Carr would absolutely approve of, and I am not sure that is okay considering he also approved of Can’t Stop the Music and Grease 2. This leaves a lot to be desired, but the benefit of being a story about a Hollywood executive living his life to its absolute fullest allows a lot of goodwill toward it in terms of scandal, notable names and archive footage.

Not that The Fabulous Allan Carr is deserving of it, but I never could bring myself to come down too harshly on show-business docs, based on how many of them I have seen. Carr may still be a colorful abstraction of the real person in my mind because of this film, but at least there’s an enthusiasm to the love Schwarz shows him. When dealing with a larger-than-life figure that chased the imagined Hollywood displayed in Busby Berkeley musical numbers 40 to 50 years past their prime, that might just be enough.