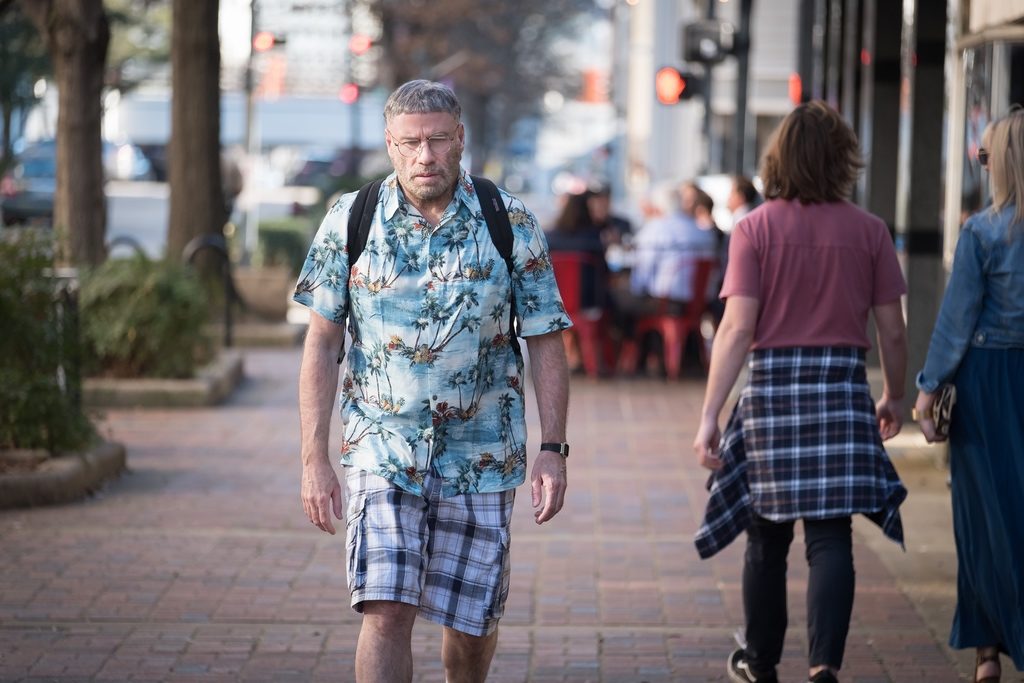 What does it mean to believe in the almost mythic construction of celebrity as being among the anointed few who slipped the bonds of the ordinary? Who walk among us commoners but live in their own special reality of privilege and exclusion that we can only vicariously view through the tabloids. Most importantly, what does it mean when the commoners believe that, if it weren’t for their constant admiration of a celebrity’s image, that person would have nothing…thus owing us all? These are the scattershot questions broached by fred Durst’s The Fanatic and while his observations in this misshapen thriller aren’t anything groundbreaking, the genuine sensitivity and nuance his script exhibits will throw plenty for a loop.

Like Misery for the social media generation, the obsessive fan at the center of Durst’s film reveals new ugly depths to how low fan entitlement can reach. Moose (a manic John Travolta who expertly channels his tendency to overact into something constructive for once) is the type of media consumer who worships the ground the famous walk on, believes the fantasy that actors are the same on and off screen, and, above all, that they owe everything to people like him who idolize their mystique. 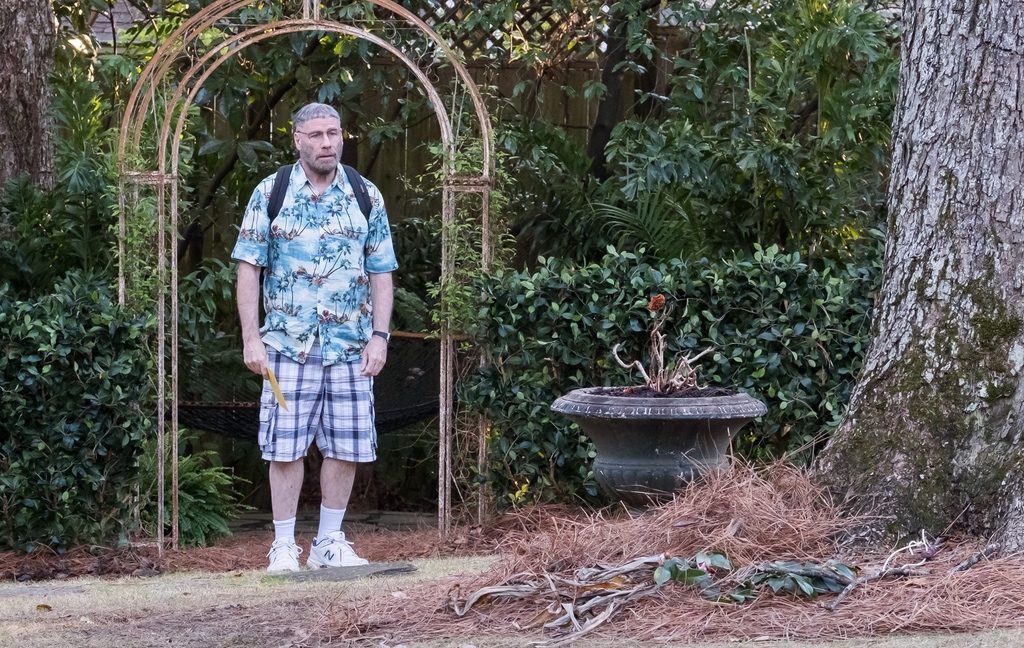 His object of affection is the genre actor Hector Dunbar (an ironically cast Devon Sawa), whose cruel rebuke of his request to sign some memorabilia unceremoniously shatters his fantasy of celebrities being better than us normies. Spiralling into despair, Moose takes it upon himself to take what he thinks he is owed by Dunbar in a climax that feels lifted right out of Stephen King’s playbook.

What The Fanatic trades in so well is pathos for its characters which is frankly refreshing when dealing with this subject matter. In our time of toxic nerds bullying high-profile women off of Instagram, setting up fruitless petitions to re-do whole seasons of television, and spamming film companies to #RELEASETHESNYDERCUT, it is hard to see fandom from a sympathetic (or even nuanced) light, but somehow Durst manages to complicate our impressions.

Part of that has to do with Travolta’s performance as someone with autism spectrum disorder, which is often stereotypically overdone, is thankfully not insensitively played for laughs. When his plans backfire and Moose’s fantasies come crashing down around him, it is a challenge to not feel something for the manchild he plays, blubbering to himself about how all actors are liars and all he wants is his infatuation reciprocated for once. 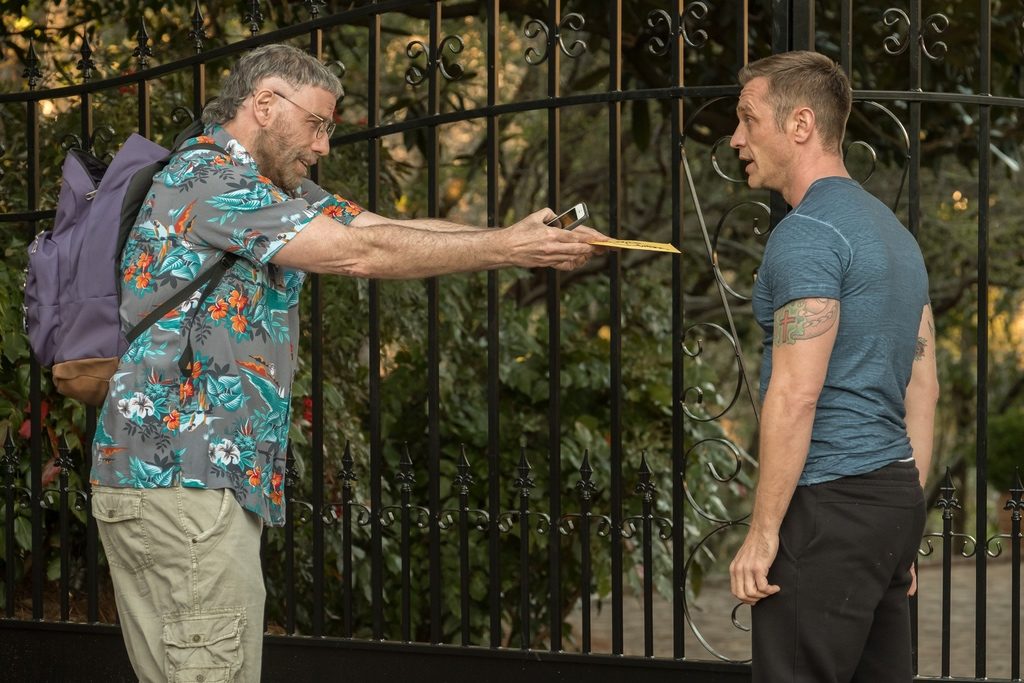 Part of the appeal is also how Durst’s script deftly demarcates the line between fandom and stalker-ish obsession. No matter how much you feel for Moose and his mixed-up view of the world, when he outrageously steps over the line, the film drops all pretense and condemns his actions. Possibly, this complex, “bothsideism,” which The Fanatic demonstrates by condemning fan and celebrity behavior alike, comes from Durst’s own experience as a paradoxical celebrity/pariah hybrid, who, even at the height of his fame, was derided by his fellow celebrities as an outlier.

The script was allegedly borne out of his own experience with a stalker, and while his attempts to turn the film into thriller territory with Moose’s late-narrative psychological break never fully materialize, Durst packs insight into the odd codependency of fame, chasing fans with their eternal objects of infatuation. It’s the kind of even-handed approach to a fascinating topic that you wouldn’t expect from a man who inserts numerous uses of the word “celebtard” as well as an indulgent, self-aggrandizing shoutout to his own rap-rock band into his own script. 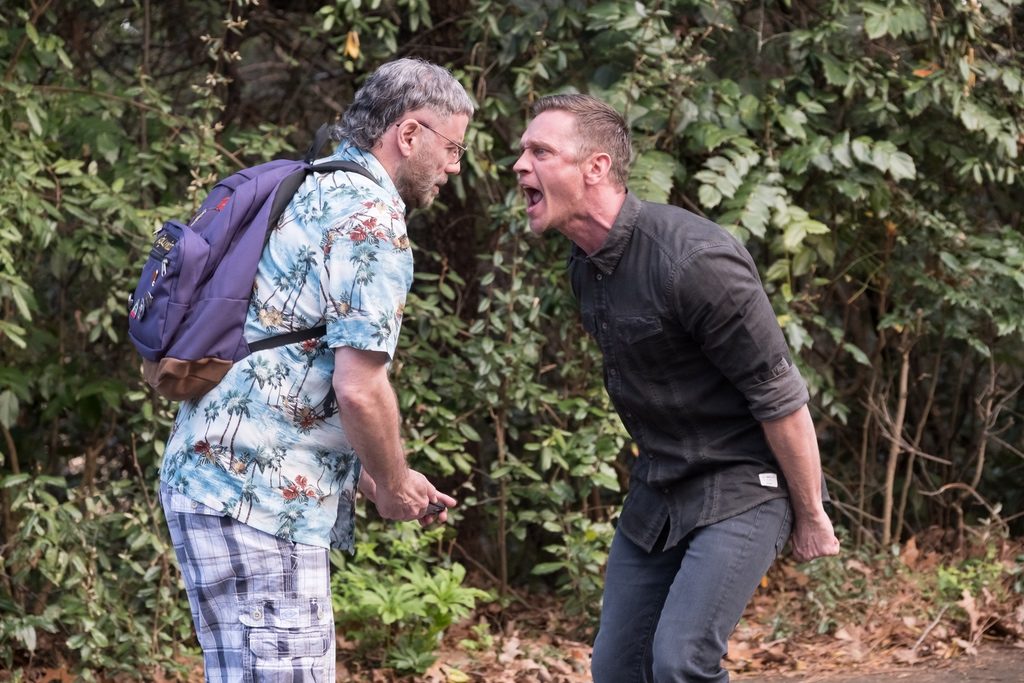 The insights aren’t fresh by any means because movies have been pointing out that celebrities buy into their own fantasy as much as the ones who substantiate it since production companies were allowed to contract stars. Yet Durst’s film shows a respectable ability to communicate what happens when the fantasy of celebrity breaks down on both sides of the spectrum, and I reluctantly give The Fanatic its due for that. While rough around the edges and in need of more narrative focus on Moose’s transformation from well meaning nuisance to entitled psychotic, The Fanatic is competent enough to inject some much-needed pathos to the toxic world of celebrity obsession.