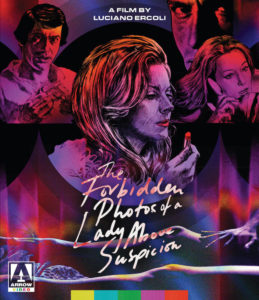 Dario Argento’s The Bird with the Crystal Plumage was arguably the film that created the rules of giallo when it was released in 1970, but before that it defined the genre, a slew of more somber, psychologically-driven gialli were released, one of the last among them being Luciano Ercoli’s The Forbidden Photos of a Lady Above Suspicion. Not nearly as unabashedly violent and nasty as the gialli that would follow it, Forbidden Photos follows the path of a psychological thriller, in which the body count is far lower but the intrigue remains high.

Dagmar Lassander plays Minou, an upper-class housewife who longs to spend more time with her frequently absent husband, Peter, played by Pier Paolo Capponi. One night, she’s accosted by a man who nearly assaults her and claims he has proof, in the form of a tape, that her husband is a murderer. Instead of accepting money, the man wants her to become his sex slave, and, believing the tape to be authentic, she agrees and submits to his humiliating games. 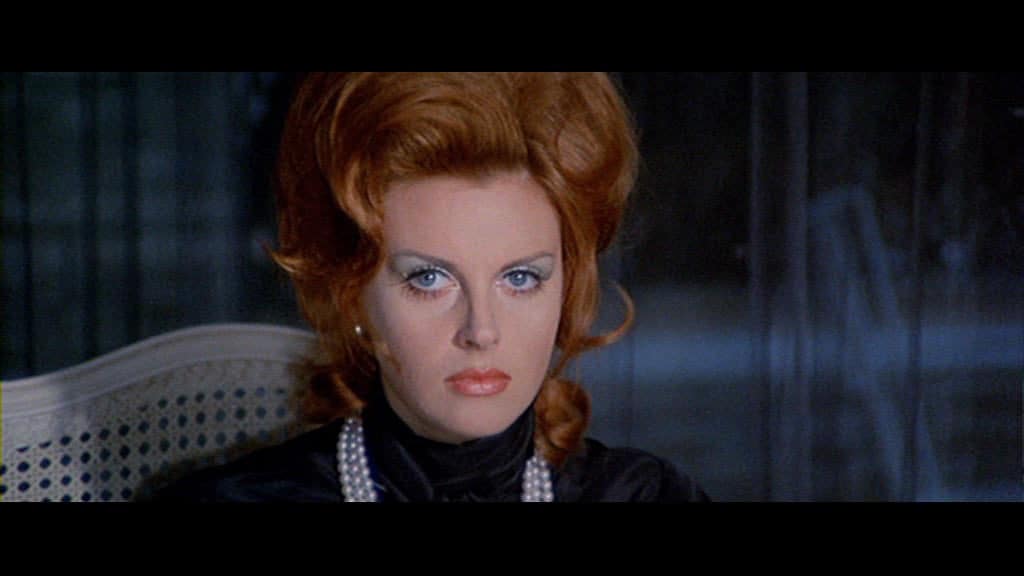 After handing over the tape, however, the man continues to stalk Minou, declining a large sum of money to stop, in an apparent bid to drive her mad. Of course, Peter doesn’t believe her, chalking her claims up to nervous exhaustion, as every time the man contacts her, he disappears before anyone else can see him. Can Minou rid herself of this horrible man before she’s driven insane?

Ercoli’s film is firmly planted in the “melodramatic gialli” subgenre, making it a more subdued affair, and while it’s well shot and contains a great score from the legendary Ennio Morricone, it’s not nearly as exciting or captivating as later entries in the genre. The new Arrow Video Blu-ray edition of the film is gorgeous, featuring a brand-new 2K restoration from the original camera negative, and it’s nearly flawless.

The disc contains the Italian and English versions, both dubbed (as that was the procedure for these films back then), and the audio is presented in its original, lossless mono soundtrack. There’s a new commentary track from Kat Ellinger, author and editor-in-chief of Diabolique Magazine; a newly edited documentary about the making of the film, featuring archival interviews with co-star Nieve Navarro and director Luciano Ercoli; and new interview material from writer Ernesto Gastaldi. 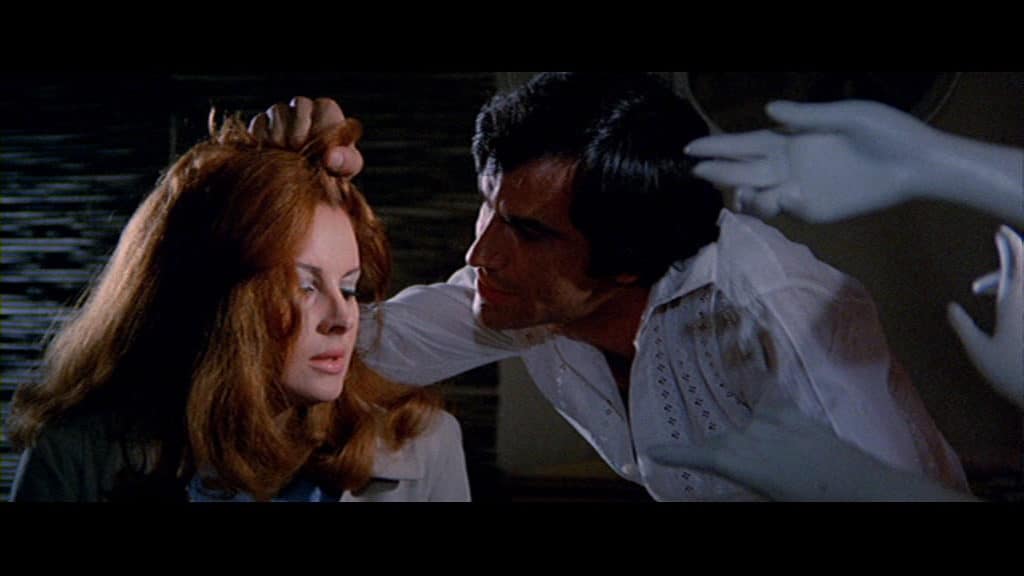 There’s also a featurette on the soundtracks of ’70s Italian cult cinema, a 2016 interview with Lassander, and a set of trailers and stills. In typical Arrow fashion, the cover is reversible, and there’s a highly detailed booklet that features a ton of production information, essays, and technical details about the restoration.

While this doesn’t top my list of favorite giallo titles, The Forbidden Photos of a Lady Above Suspicion is an astute thriller nonetheless, with a satisfying twist ending and a Blu-ray edition that looks good in any collection.