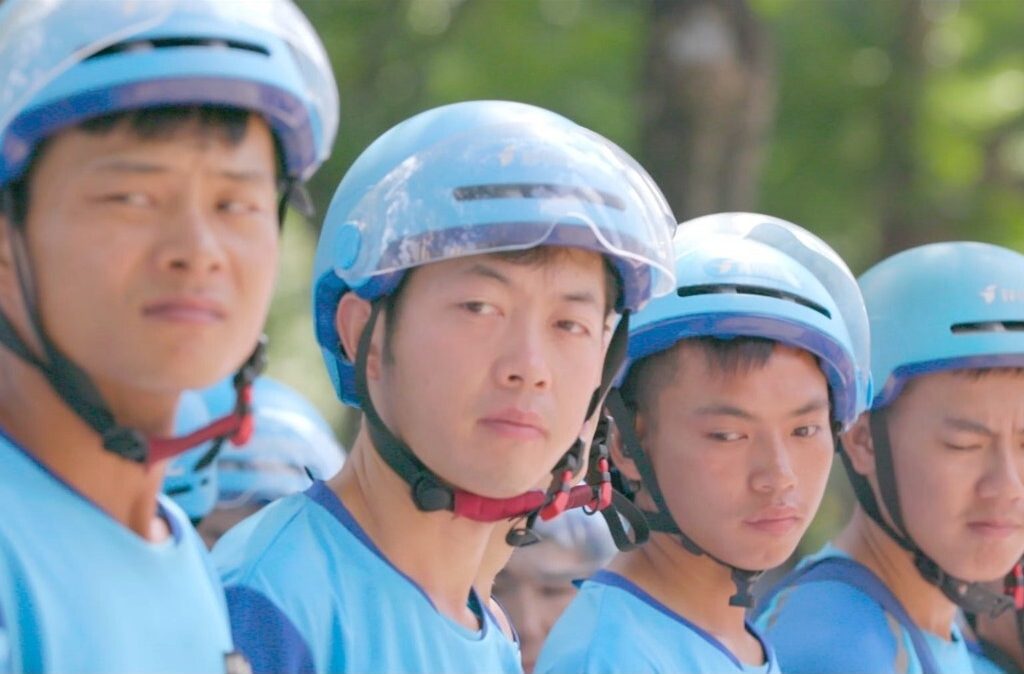 The “gig economy,” as it has come to be called, is a complex entity that has only become more complex with the continued founding/advancements of online platforms and the growing ubiquity of selling convenience to consumers. For those not reliant on the precarious economic model, the gig economy revolves around temporary, contractual jobs on a freelance basis (often doled out through monolithic platforms like Uber, Amazon, etc.) that in theory should provide more flexible money-making opportunities for financially disadvantaged individuals who have been left behind or betrayed by our present capitalist system.

As Shannon Walsh’s film aims to show, however, in practice the world’s growing dependency on barely visible gig workers to maximize our consumer conveniences takes a hefty toll on the flesh-and-blood people behind those icons on your Uber App. Nestling somewhere between a bleak portrait of how things are and a hopeful rallying mark for how things could be, The Gig is Up is a slightly incendiary takedown of the nascent industry that plays like a well-informed ECON 101 lecture.

Considering that the text that opens the film suggests nearly 540 million people worldwide will be seeking gig work through online platforms as their primary source of income, the hook of Walsh’s film is to give a human face and life experience to this anonymous digital labor by profiling several people entrenched in the gig grind. These moving interviews with workers serve as the emotional foundation of what could be a very dry lesson in contemporary economics if it weren’t for the necessary humanistic touch Walsh adds with these tangible portrayals of workers chasing pennies on various apps. While the film carries a nuance to the benefits and potentialities of the complex gig economy model, it is within these on-the-ground interviews with gig workers where the film gets to be its most pointed, vitriolic and powerful.

Take the heartbreaking story of Deliveroo driver Leila Ouadad in France, who lost a friend and fellow driver while they were out making deliveries and who now organizes locally to ensure employment rights for those of her ilk, or Amazon mechanical turker (doing repetitive on-demand tasks necessary for improving artificial intelligence) and ex-convict Jason Edwards, who takes on hundreds of mini-jobs a day to provide for himself and his live-in mother as he is unable to find employment anywhere else.

Each of these condensed life stories tends to follow a similar trajectory thanks to Walsh’s excellent storytelling: the workers explain why they got into gig work, usually due to the potential financial benefits, and gradually – through glimpses at their day-to-day lives – begins to detail the inherent hardships and exploitations within the gig economy. It paints a universal workers’ crisis that feels immediate and necessary as more and more of our current society drifts towards gig work.

Outside of this gutting process of giving a face to the thousands of invisible workers who work tirelessly to make affluent lives even more convenient, Walsh’s film takes on the Herculean task of explaining the nuances of what exactly the gig economy is. This process proves to be informative yet (understandably) spread thin, as attempting to condense the complexities of this still-developing worker industry and economical model for general audiences cannot help but be broad.

You definitely walk away from the film with a more thorough understanding of how such a system functions and who tends to be the targeted parties for its exploitation, but some components unfortunately have no choice but to be glossed over. Pertinent historical points, such as how our global economy arrived at this system as a solution or how the pandemic recession disproportionately affected gig workers, is brought up briefly or touched upon when more in-depth analysis would have been appreciated.

Obviously this was in service of the film’s stated objective of providing a human context to gig work and for that it cannot be faulted too much. The Gig is Up proves to be exceptional at explaining a big-tech phenomenon with a human touch that cuts through the slickness of Silicon Valley spin to show the tangible cost of maximizing conveniences through platforms and implores you to perceive and support the people made invisible by this system. Behind every food delivery app or A.I.-generated shopping list, there is a legion of gig workers making a pittance on these modern-day comforts, and to its credit, Walsh’s film puts you face to face with them and hears them out.