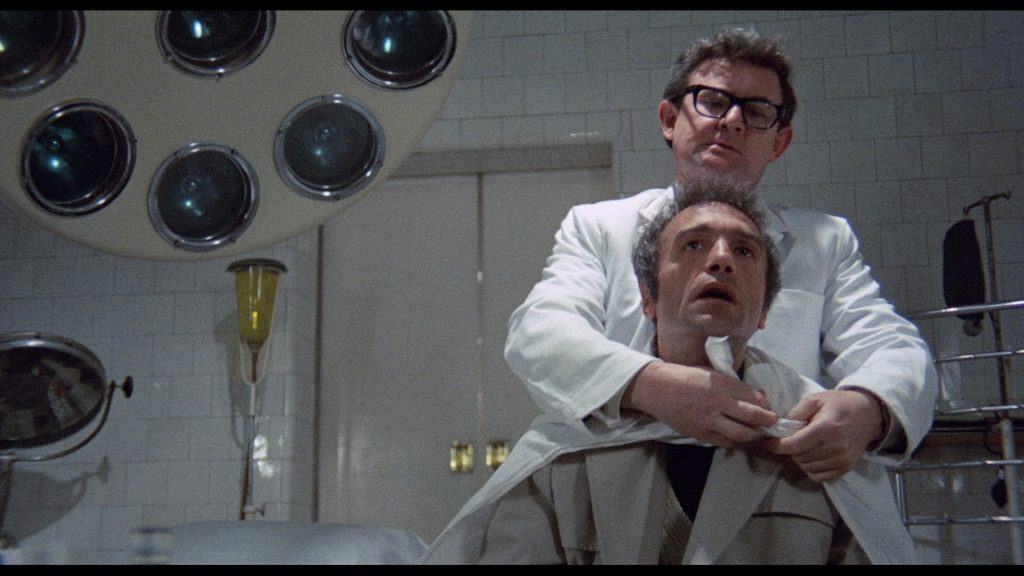 This product was provided for the purpose of this review by Arrow. All opinions are our own.

After the runaway success of Dario Argento’s The Bird with the Crystal Plumage, the giallo craze in Italy began ramping up quickly with a slew of imitators attempting to cash in on the success of the genre, bringing their own derivative, but often well crafted, murder mysteries into the fold. Some would go so far as to mimic the naming convention, such is the case of Riccardo Freda’s The Iguana with the Tongue of Fire.

This baffling thriller involves a killer targeting those surrounding an ambassador in Dublin and the family of the detective investigating the crimes. Luigi Pistilli plays Detective Norton, who, while undertaking the investigation, develops a relationship with the ambassador’s daughter, who herself becomes a suspect as the killings continue. All we know is that the killer sports black gloves (because, of course he does) and wears sunglasses. The problem is, just about every character in the film has a fondness for black shades.

Instead of an irrelevant title like The Iguana with the Tongue of Fire, this probably should have been called The Red Herring, as that’s what the film is primarily comprised of. There are specific characters that show up for literally one scene, only to add another suspect to the ever-growing list. By the climax, it seems feasible that literally anyone still alive could be the killer, but because so many of the red herrings are so blatant, it’s equally likely that the killer is someone who we haven’t even seen before.

The sheer amount of characters and their nonsensical actions makes Iguana one of the more convoluted gialli of its time, and while it’s at times exquisitely shot, featuring some stunning Irish vistas and lavish estates, the film ultimately becomes crushed under the weight of its plot. Still, it’s this completely over-the-top nature that adds something of an endearing quality to the film – this, coupled with the equally over-the-top murder sequences, which looked painfully fake, even for 1971.

Arrow Video has released a new Blu-ray edition of The Iguana with the Tongue of Fire, which features a new 2K restoration from the original 35mm negative. The transfer looks nearly flawless, and both the English and Italian soundtracks are included with newly translated English subtitles. There’s additionally a commentary track by Adrian J. Smith and David Flint.

Bonus features include a new appreciation for the film by critic Richard Dyer, a new appreciation of composer Stelvio Cipriani by DJ Lovely Jon, interviews, stills and trailers. It’s a typically solid offering from Arrow, with not a single element that left me wanting.

The Iguana with the Tongue of Fire is a middling giallo at best, but the unique locale and utterly ridiculous narrative make it a worthwhile look nonetheless. I could only recommend this to the seasoned gialli fan, however, as it’s far from the best representation of the genre.