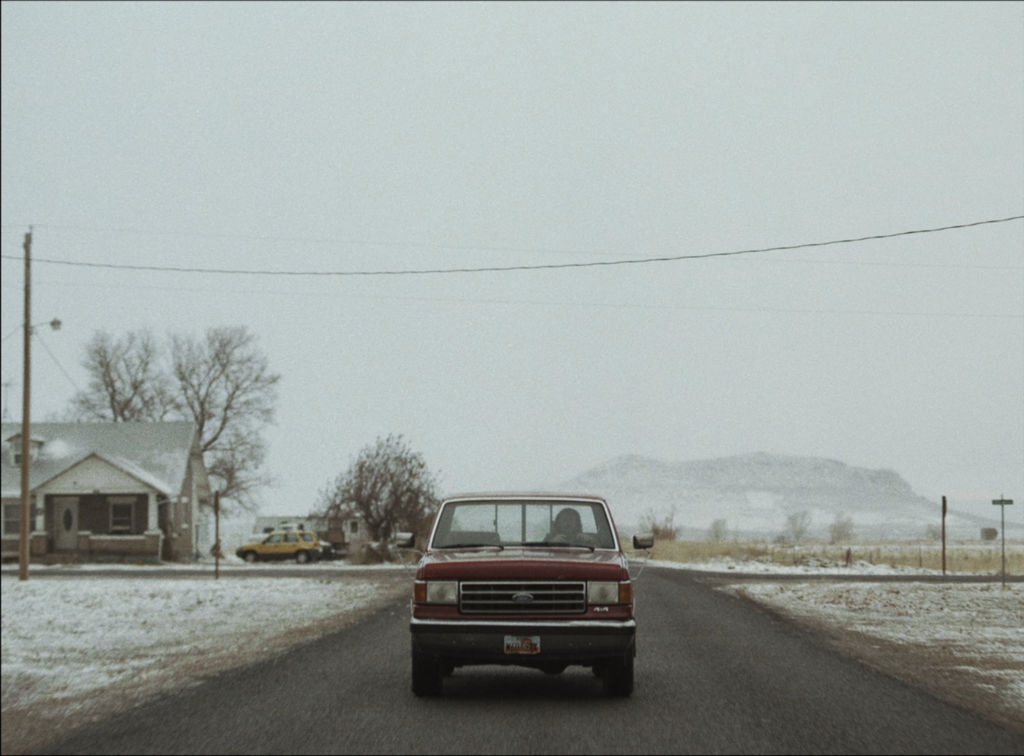 A title like The Killing of Two Lovers is more than just a punchy hook to draw in a receptive audience who aren’t looking for any surprises; it is a promise of payoff that will loom over the plot and threaten to take place at every development. This latest feature from Robert Machoian (When She Runs, God Bless the Child) rushes out of the gate with what can only be described as a tense provocation, teasing a sobered delivery on the title.

Two lovers, Derek and Nikki (Chris Coy and Sepideh Moafi), sleep together in their bed, blissfully unaware that a distraught, disheveled man broods over them with a revolver pointed at their bodies. David (Clayne Crawford), the gunman on the verge of a breakdown, stalls for a grueling length of time, forcing us as the audience to sit in this uncomfortable, emotionally volatile yet stylistically quiet moment until finally putting his gun away and escaping through the window.

By beginning his film vicariously teetering on the precipice of sudden, senseless violence, Machoian tints all that comes after it with a sinister edge through what gradually reveals itself as a terse but quotidian divorce story. David, the gunman, and Nikki, his sleeping target, are in fact married, going through a rough patch, and have amicably agreed to see other people in the interim while they have promised each other to make an effort to fix their floundering marriage.

The rest of the film after this initial promise of a devastating emotional peak in the form of the titled promise is marked by a disquieting ordinariness as the consummate sad sack David tries and fails to reach out to his children and his wife and completely course corrects his life, which is caught in a sudden downward spiral. Killing of Two Lovers knowingly tests your personal capacity for empathy through the pathetic figure of David, a man who sympathetically wishes to repair his family but who has been shown from the onset that he is willing to destroy it if he can’t.

Machoain’s film rides this tension through the strikingly mundane. Through an extraordinary stillness favoring long takes, single-camera setups, silence and monotony, Killing feels like it could reach a point of eruption at any second. Coupled with Clayne Crawford’s subdued yet volatile performance as a desperate man constantly toeing the line of a complete breakdown, the film lulls you into a prolonged sense of security through its monotony.

While constantly playing with your expectations through menacing musical stings and the drawn-out manner in which the film mounts its tension, Killing becomes an uncomfortable exercise in forced patience and reexamining your personal definitions of what “payoff” means. The title’s “promise” (if that is even an appropriate way to classify it) is the killing of two characters connected to David’s spiraling life. As the film progresses and we are struck by how ordinary David’s situation is, we wind up longing for that opening scene when the titular “Killing” would have been somehow easier to swallow.

Through his masterful control over form and his understated approach to narrative payoff, Machoian manages to twist the spurned lover’s revenge trope into a striking Scenes-from-a-Marriage-esque drama that is as unstable as it is hauntingly mundane. Those with the patience to coast through the Killing liberally teasing their expectations are in for a surprisingly rousing and affecting experience.