Paramount has released a new trailer for the upcoming comedy The Lovebirds, starring Issa Rae and Kumail Nanjiani as a couple who must clear their names after a mysterious man enters their car and kills another man. The film is directed by Michael Showalter and also stars Paul Sparks, Anna Camp, and Kyle Bornheimer.

A couple (Issa Rae & Kumail Nanjiani) experiences a defining moment in their relationship when they are unintentionally embroiled in a murder mystery. As their journey to clear their names takes them from one extreme – and hilarious – circumstance to the next, they must figure out how they, and their relationship, can survive the night. 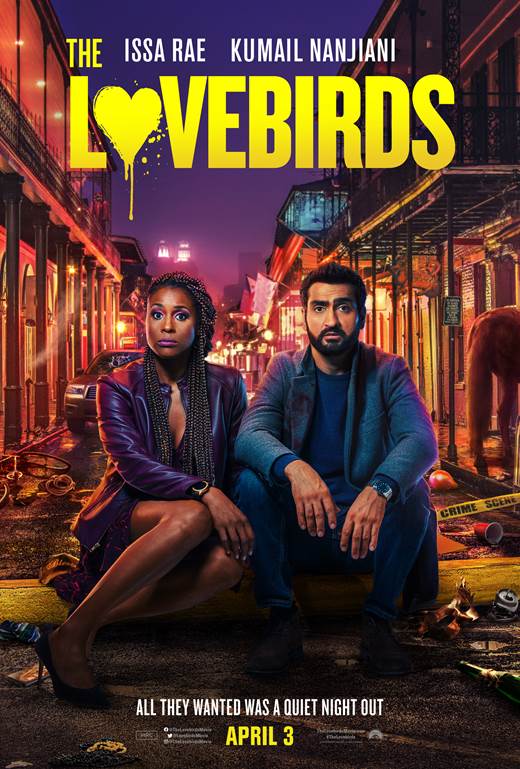