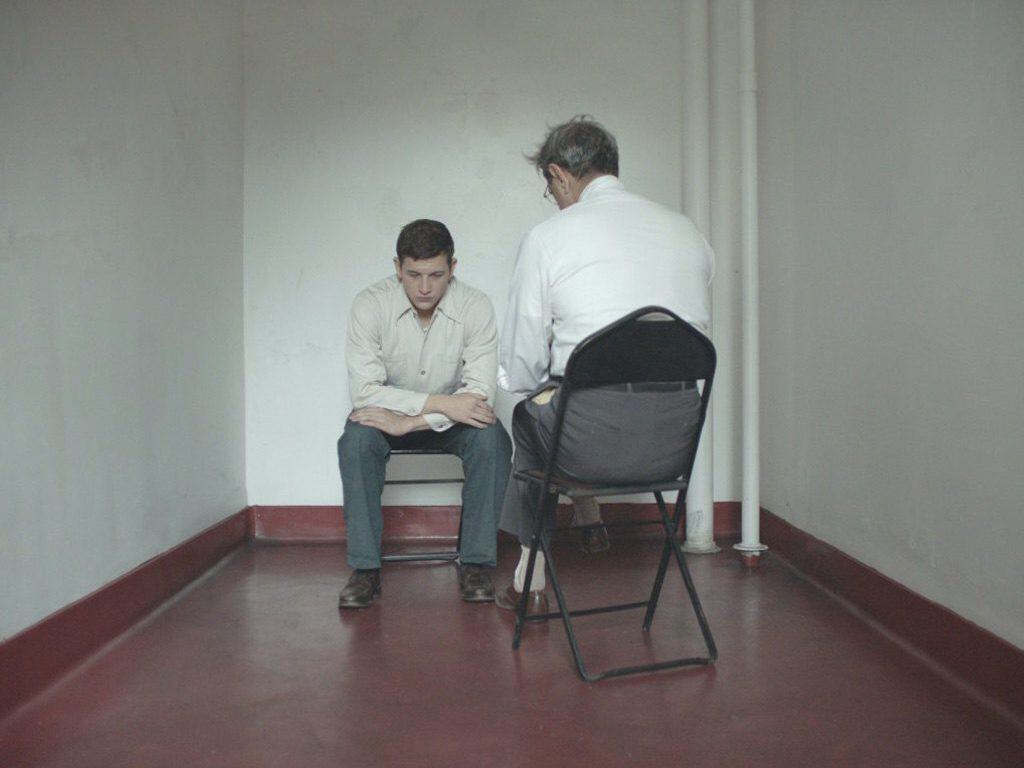 Although the films of Rick Alverson are what one might call “accessible,” his latest offering, The Mountain, proves to be his most ambitious, albeit challenging, film to date, in what might be the driest, most depressing road-trip movie ever conceived.

Tye Sheridan stars as Andy – a young man who agrees to join a family friend, Dr. Wallace Fiennes (Jeff Goldblum), on a cross-country tour of mental facilities after Andy’s mother is committed to a mental institution and his father (Udo Kier), a prominent figure skater, passes away. Wallace is a lobotomist, a practice that was already waning in the 1950s, when the film takes place, but he’s finding work nonetheless and needs Andy at his side to assist in photographing the procedures and patients. 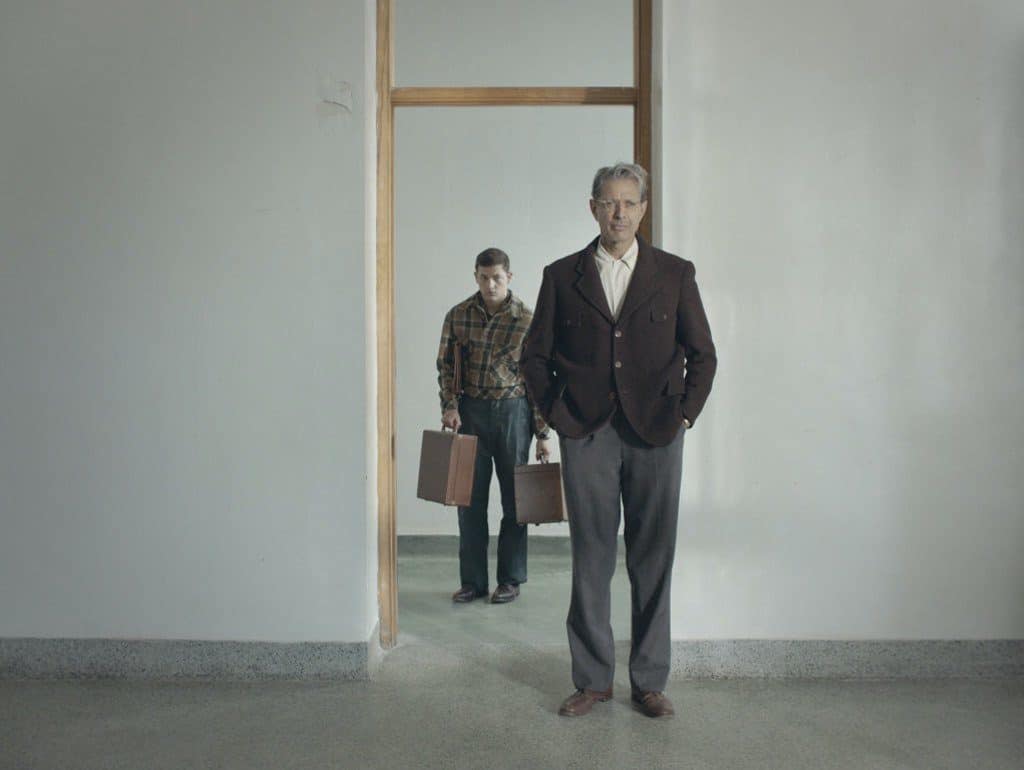 Andy is a man of few words, spending most of the movie standing around looking dumbfounded and lost, seemingly trapped in his own mind. Sheridan has already proven himself an outstanding performer, and this role is no exception, bringing a metric ton of emotion to a character who – seemingly by design – is a person with little to no outward emotion. Andy proves to be the most boring travel companion ever, and aids in facilitating the film’s frustratingly slow pace.

In Alverson’s previous two films, The Comedy and Entertainment, he centers the narrative around tortured souls, blending tragedy and comedy in an awkward, slightly bizarre fashion. Despite those protagonists being grating to watch, their paths present an entertaining journey. In The Mountain, there’s clearly depth within both Wallace and Andy, but it’s never fully explored. 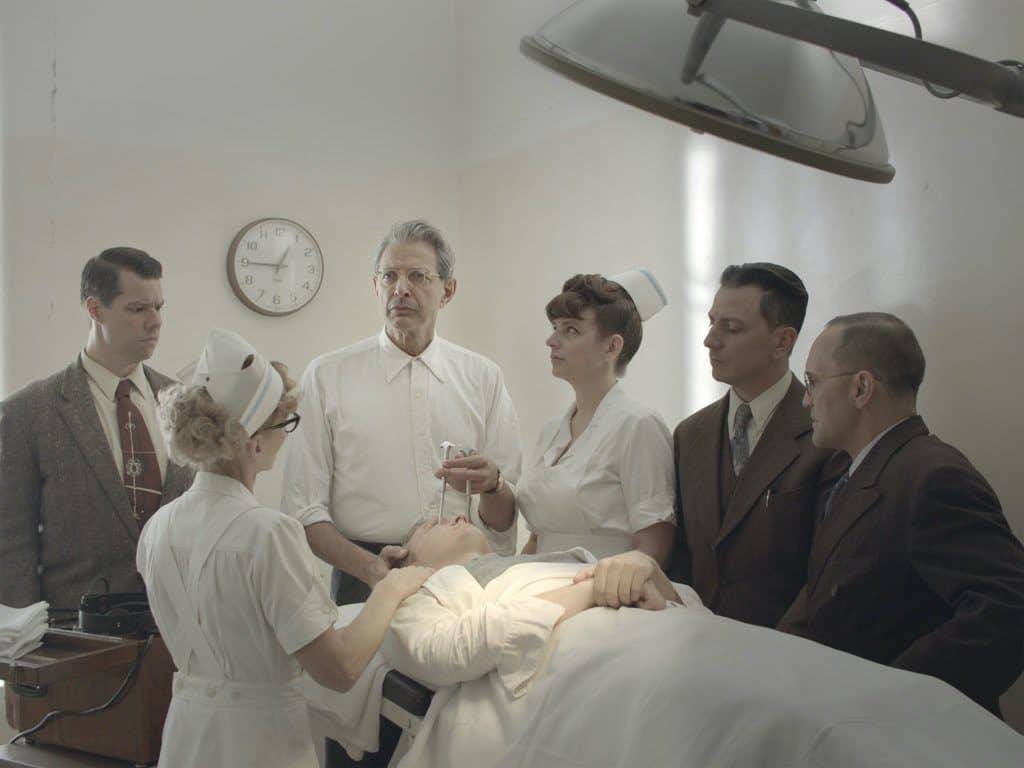 We get hints of Wallace’s melancholy, due to the phasing out of his profession, and Andy’s stilted growth into adulthood, never getting over his mother being sent to an asylum and unable to get out of his father’s shadow even after his death. But so much of the film is dedicated to simply aimless, silent wandering from place to place instead of using that time to take a deeper dive into who these men are.

Goldblum, who is perfect for the part of an eccentric lobotomist, is sadly underutilized here, in a role with a limited amount of dialogue for an actor who really shines with a large amount of dialogue. He does have the opportunity to get weird a few times, but he’s far more reserved than I predicted he would be going into this one.

The Mountain is a film that tries your patience, trying to hold your attention for the entire 106-minute (though I swear it was four hours) runtime without losing interest. It’s undoubtedly gorgeous, and it is perhaps one of the best looking films of the year, but these brilliant visuals aren’t enough to save it from being a tiring endeavor to get through. The glorious ’50s aesthetic; the 1.375:1 aspect ratio; and the pale, sterile color palette are all incredible; this is the type of film that viewers could pull any frame from and hang it on their wall. 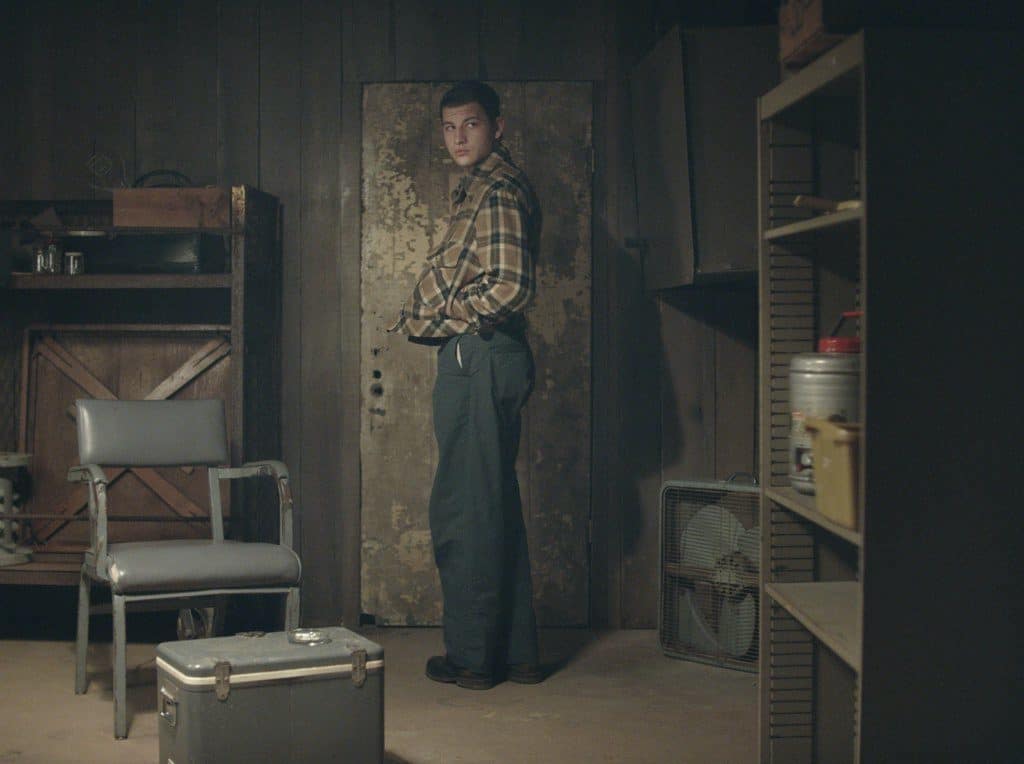 The great Denis Lavant shows up and absolutely chews up the scenery as the most animated and vocal character in the film, portraying the alcoholic father of a young woman who is perceived to be suffering from some mental illness. His drunken diatribes are outstandingly performed but come too late and add too little to the conversation, despite resulting in the meaning behind the film’s title.

The Mountain is a tough watch, not just because of how exceedingly slow and boring it is, but also because there’s so much excellent filmmaking at play here that is hamstrung by the script. The performances are top notch; the cinematography is some of the best I’ve seen this year; and the premise itself is fascinating, but the end result ultimately caused me to focus more on my watch than the movie itself.