20th Century Fox has released a new trailer for The New Mutants, which is finally set to come out this April after languishing on the shelf for several years. Set in the X-Men universe, the film involves a group of young mutants who realize they’re trapped in a psychiatric hospital with some possibly nefarious running the place. The film is directed by Josh Boone and stars Maisie Williams, Anya Taylor-Joy, Charlie Heaton, Alice Braga, Blu Hunt, and Henry Zaga.

This movie was on my most anticipated list for the last two years at least, and while I’m a bit concerned about what was happening behind the scenes, I’m still excited to see a horror film set in the X-Men universe, so I’ll certainly be checking this one out.

20th Century Fox in association with Marvel Entertainment presents “The New Mutants,” an original horror thriller set in an isolated hospital where a group of young mutants is being held for psychiatric monitoring. When strange occurrences begin to take place, both their new mutant abilities and their friendships will be tested as they battle to try and make it out alive. 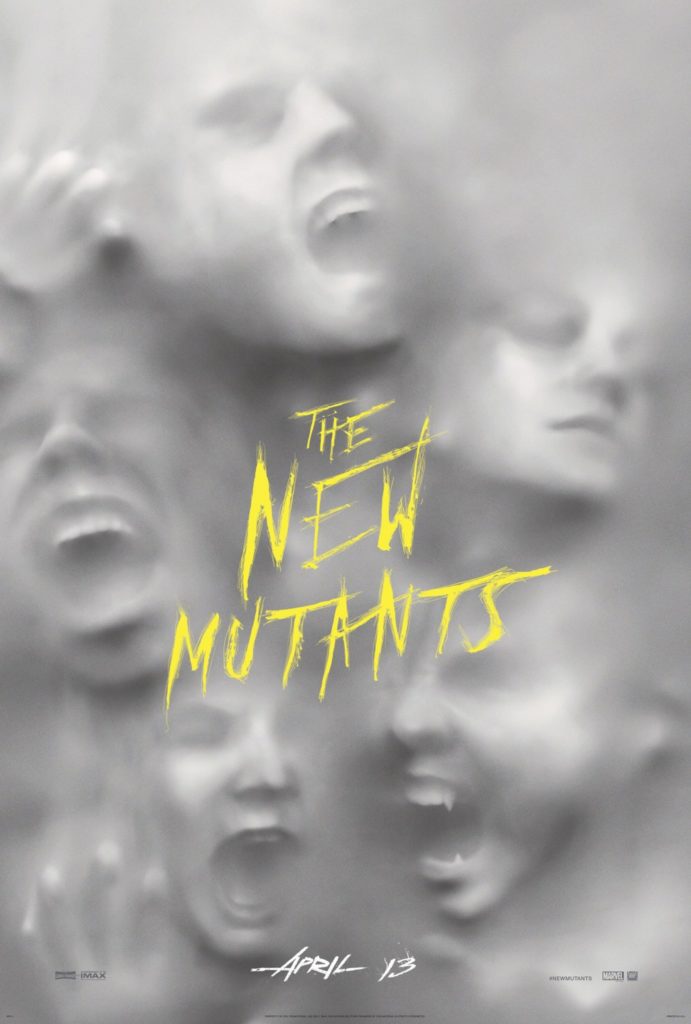