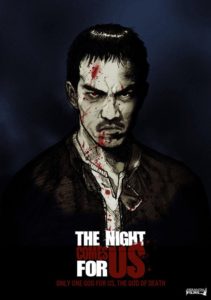 With every one of Timo Tjahjanto’s films, we can see a maturing of his filmmaking style, shifting from drab, low-budget horror to a more action-infused horror to finally the straight-up, balls-to-the-wall, gut-punch-action bloodfest that is The Night Comes For Us.

Not only does the film deliver in the near-nonstop, kick-ass action department, Timo’s camerawork and editing show a marked improvement over his last film, Headshot, no doubt drawing even more inspiration from his sometimes collaborator, Gareth Evans, who still holds the record for best martial-arts action series, The Raid.

It’s impossible to fully articulate how insane The Night Comes for Us is, but try to imagine one of The Raid films with roughly 10 times as much blood and gore. The Raid is a glorious symphony of violence, expertly choreographed and executed to an elegant perfection of adrenaline-infused carnage. The Night Comes For Us is a hardcore show, still executed to perfection, but with a louder, grittier tone. 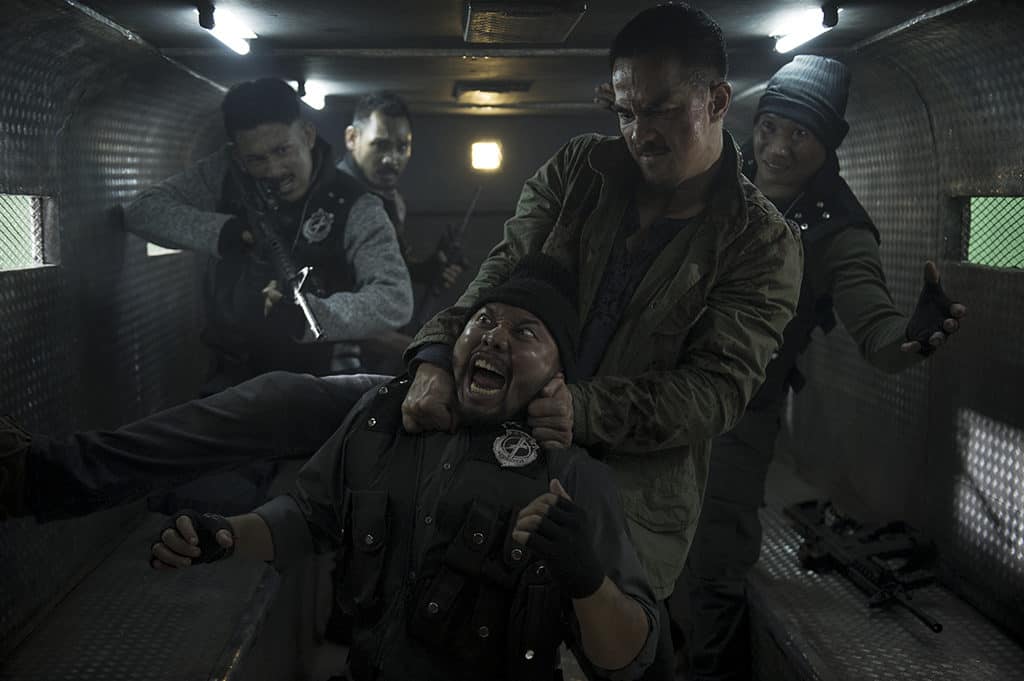 The fights are sloppy, dirty and shocking. It’s less an elegant dance and more a bloody mosh pit. My jaw was on the floor for most of the runtime except in the moments I was screaming “oh shit!,” which came often.

Those who know The Raid films will notice some familiar faces; Joe Taslim stars as Ito, a Triad enforcer who betrays his brethren by sparing the life of a young girl and instead killing all his men and attempting to flee the country. Now, basically every Triad is gunning for his head, along with anyone who may help him along the way.

Iko Uwais serves as the film’s fight choreographer and plays the antagonist, another member of the Triads who was formerly in Ito’s gang and was his best friend before they made the dire decision to join the Triads. The film also features several other alumni from The Raid, including Julie Estelle, who viewers may remember as Hammer Girl from The Raid 2, playing an incredibly badass assassin sent to dispatch all the Triad leaders, including Ito. 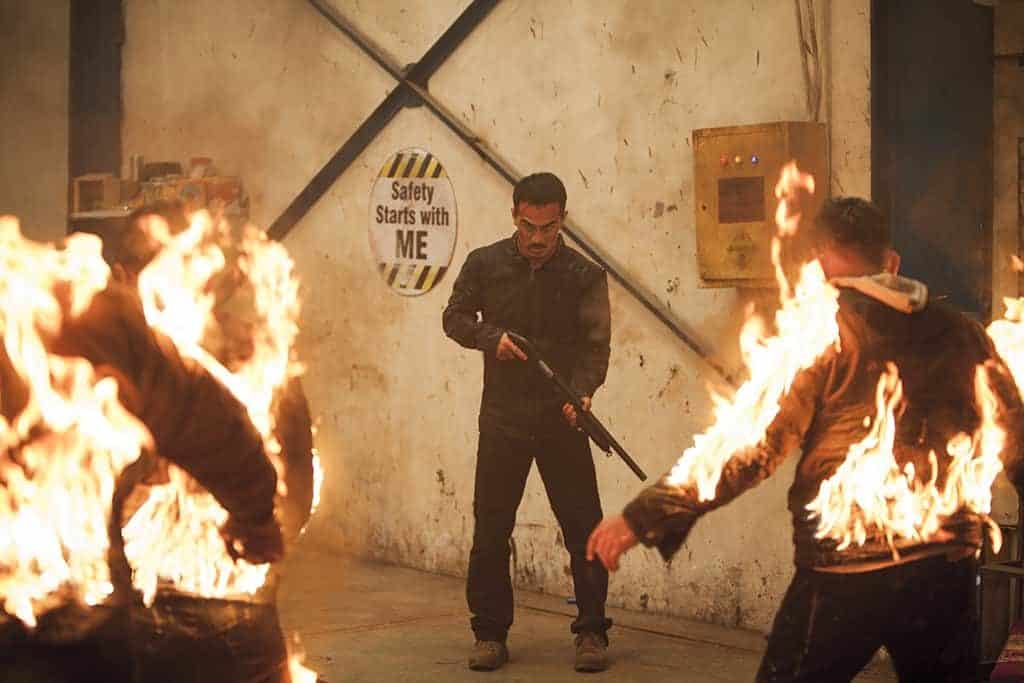 Timo knows exactly what fans are here for, and he delivers it in spades, offering up a film with approximately 90% action, never disappointing with the variety and severity of the fights that take place. He employs a bevy of camera tricks, constantly making sure to highlight the carnage in the most stylish way possible, while piling on the violence to near cartoonish levels.

There is so much blood and viscera flying about that this picture could easily crossover into horror-movie territory. Gun fights, knife fights, car fights, slabs-of-meat fights — The Night Comes for Us has it all, and while the hand-to-hand combat is a bit slower and less technically astounding than the Raids, there is still so much to be gobsmacked with here, one could easily mistake this for the third entry in the series.

Sure, the narrative is barebones and a bit lackluster, but this isn’t the sort of film that one would want to be bogged down by with a needless plot, and thankfully it’s not. It gives just enough character development and backstory to provide us with a cursory knowledge of the characters and the situation and then lets the blood geysers flow. 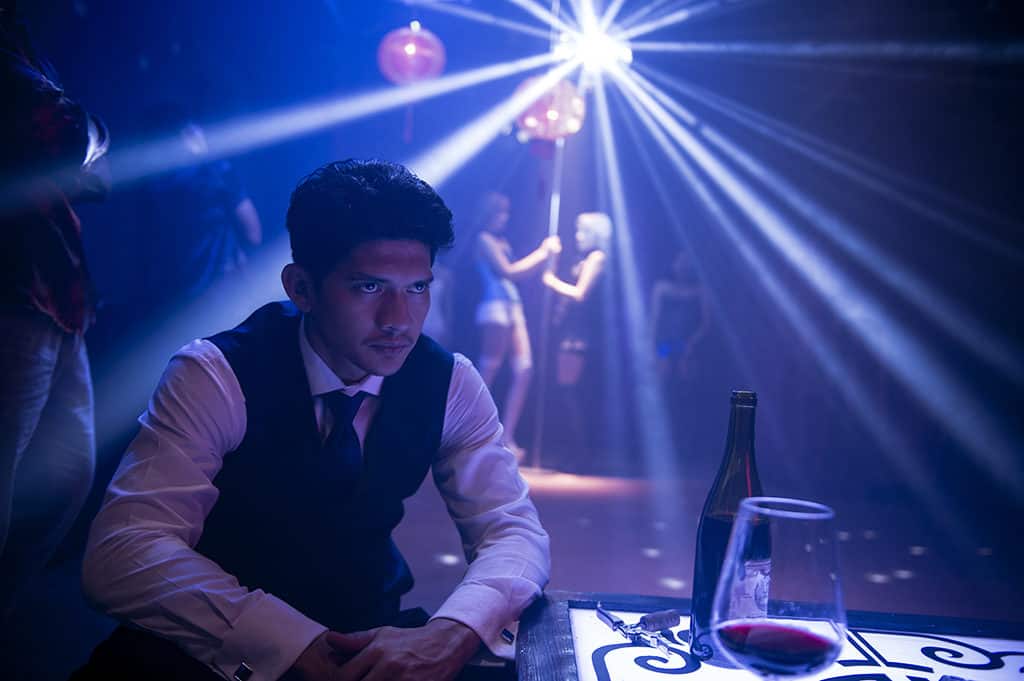 I was a bit let down by Timo’s filmography prior to this film, but he consistently just missed the mark in such a way that each one of his movies, which he’s been producing on the regular for the last decade, has been more competently crafted than the last. With The Night Comes For Us he hit a homerun.

Not only is this the best Netflix Original to date, though I would recommend seeing it in a theater if possible, this is one of the most exciting times that I have had at the movies this year. For action fans, I can’t recommend this one highly enough. It’s a no-holds-barred bloodbath that hits the ground running and barely lets you catch your breath before throwing you into the next sequence of out-of-control violence and insanity. I loved it.