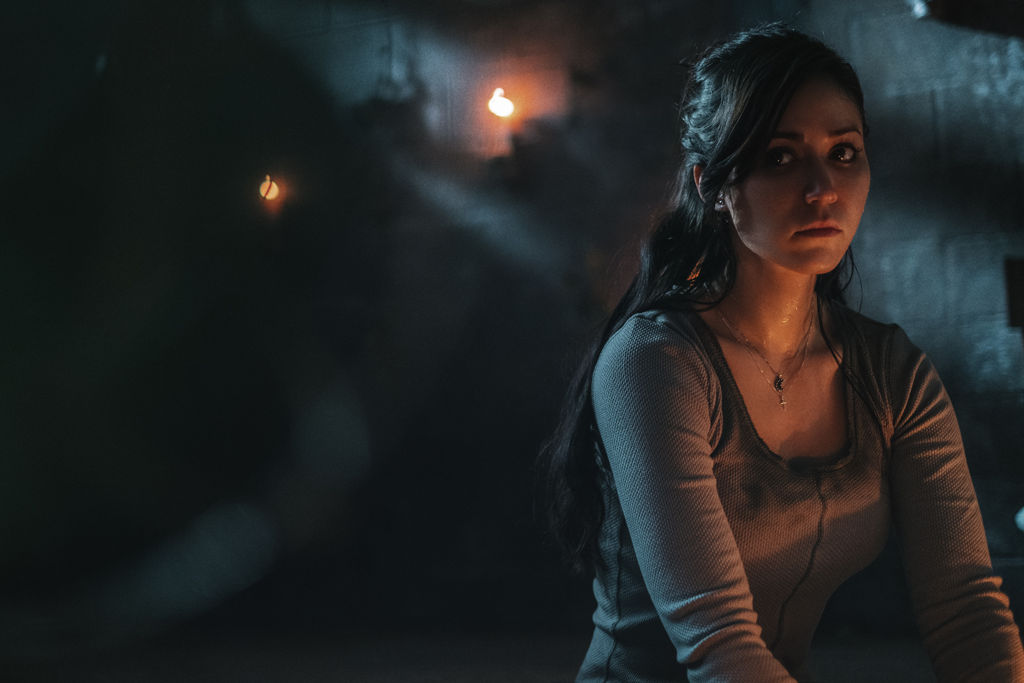 Possession films are a dime a dozen these days, with most of them failing to bring anything new or interesting to the table, but Christopher Alender’s The Old Ways proves to be the exception to the rule. Set in a remote Mexican village, the film tells the story of a journalist, Cristina (Brigitte Kali Canales), who travels to her childhood home in order to report on its arcane traditions and superstitions, but things go awry when she wakes up in a hut chained to the wall and told by the local bruja that she’s been infected by a demon.

Drawing from Mexican folklore and doused with a splattering of metaphor, The Old Ways presents a creepy, slightly minimalist exorcism tale that boasts some solid frights and excellent effects work. Alender, whose previous work largely consists of stories involving The Muppets, may be an unlikely director for a graphic, supernatural horror film, but don’t let his past portfolio fool you, he effectively crafts an unsettling tale about a woman plagued by an unknown demon that aims to devour her from the inside.

The allegorical aspect of The Old Ways is something we’ve seen multiple times in the past, and, while it doesn’t really work within the context of this story, it’s slight enough that it doesn’t detract from the overall entertainment value of the picture. This is a film that works best when it’s taken at face value. However, it does not particularly dive too deeply into any of the topics it’s exploring, and I would have liked a bit more backstory with the village and its demonic cave system.

Cristina gets put through the ringer here as she is forced to both reconcile with her past and acknowledge the problems of her present, all while going through a very unpleasant, multi-stage exorcism that seems to grow increasingly more painful and disgusting. At this point in her life she’s so disconnected from her past that she no longer can speak Spanish, so her friend Miranda (Andrea Cortés) is helping her through this experience and acting as her translator with the village bruja who is performing the exorcism.

The Old Ways initially piqued my interest with its awesome poster, which might be one of my favorites so far this year, and it didn’t disappoint. In an endless sea of exorcism movies, it’s hard to stand out, and while it doesn’t reinvent the wheel, this is an intense, well shot horror film that features some great effects work, an entertaining narrative and a solid ending.