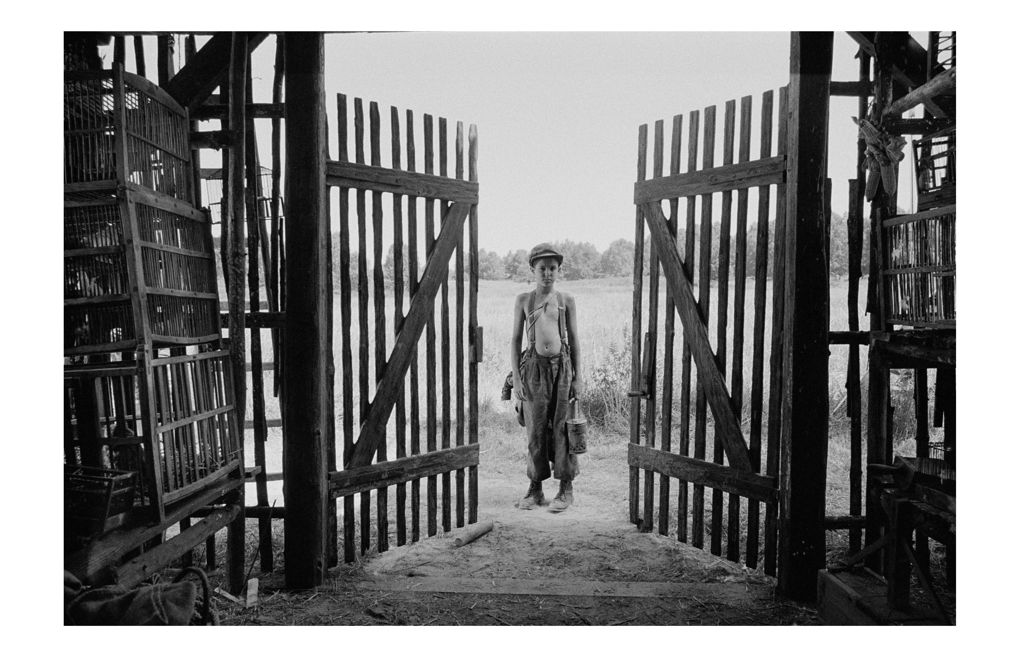 There is something almost honorable to be said about not shying away from the ugly excesses of reality, but, with something like Vaclav Marhoul’s The Painted Bird, I am wondering why we would ever need or want a film that is three exclusive hours of abject misery. The unapologetic war-time experiences and atrocities witnessed by one orphaned kid are paraded out in Marhoul’s film without a single cruel punch pulled, and this narrative glut of misfortune tasks you with questioning what the point is (although I’m sure if that was intentional on Marhoul’s part).

The film is based on that controversial staple of misery lit written by Jerzy Kosiński, a book so ingrained with tragedy that incessant debates over its autobiographical claims and plagiarism accusations would inevitably lead to the novelist taking of his own life. It follows Joska (Petr Kotlár), who becomes separated from his parents in the nondescript Eastern European countryside during the second world war and who embarks on a long odyssey of misfortune to find his way back.

The film quickly settles into a repeating narrative pattern, wherein Joska gets taken in by a new surrogate caregiver only for that living situation to inevitably turn inhumanely cruel for him, prompting his departure to the next one. The film seems to openly invite comparisons to Tarkovsky’s Ivan’s Childhood (and not only due to the gorgeous and moody monochrome cinematography supplied by Valdmir Smutny); both are stories of a child’s constitution hardening through unfortunate experiences during a war.

Here’s  the rub for The Painted Bird because much of the plot reads like a list of misfortunes that befell young Joska more than it does a proper narrative. Much of these tragedies that he either experiences or witnesses through his interslavic journey are colored by prejudice toward Judaism or the Romani people, but Joska acts more as a receptacle for misery than an actual character who could reflect on these acts.

The introspective narration of Kosiński’s novel is missing, and much of Joska’s sorrow is given no context outside of the raw shock of it occurring to him. I’m not entirely sure if we were to cut up the events in the film and assemble them in a different order that it would feel any different. The film functions almost episodically, and it feels as though you could plug any of the ugly events of the plot anywhere in the three-hour runtime and the effect would still be the same.

We have to ask ourselves if unrelenting cruel realism is the only way to deal with the “horrors of war” and have it be taken seriously. For example, such fIlms as Schindler’s List and The Boy in the Striped Pajamas are rightfully criticized for their “Hollywoodization” of the realities of the Holocaust. Yet, the unending string of tragedies that make up The Painted Bird don’t so much move me as push me, pull me, strike me down with their ugliness and self-satisfaction over not being afraid to “go there.”

Marhoul’s film is presently being universally praised, and I do not begrudge anyone for being taken in by this epic of human suffering; but its overwhelming tactics just did not work on me. Life is too short to spend three hours wallowing in despair.