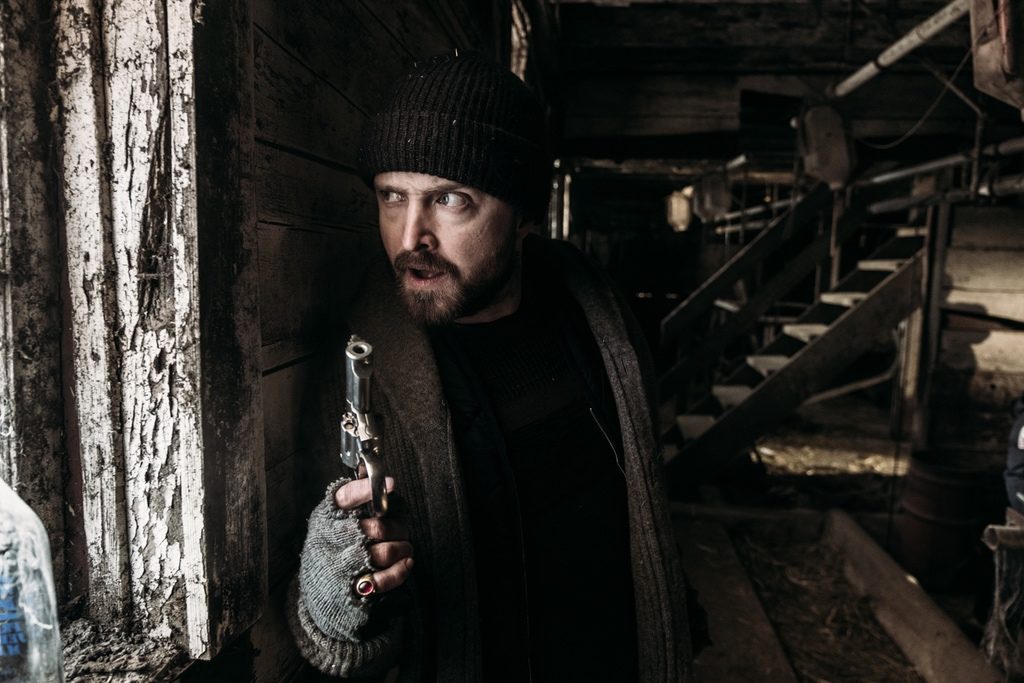 The Parts You Lose is about a Deaf boy named Wesley (Danny Murphy) who lives in a town in North Dakota. The scenes are cold and dreary, much like his life, because — with the exception of his mother, Gail (Mary Elizabeth Winstead), and some classmates with similar hearing abilities — he doesn’t have a support system. He’s not close to his sister, Amber (Charlee Park), and his father, Ronnie (Scoot McNairy), would rather have a son with whom he could verbally communicate; and it seems that he doesn’t want to try to learn to sign.

On his way home from school, Wesley encounters a man (Aaron Paul, whose character is unnamed) in the snow, and he runs to get his father for help. When they return, the man has disappeared. Wesley goes out after dark to look for the man and finds him unconscious. He drags him to a barn where the man wakes up.

He’s hurt, so Wesley gets medical supplies from home. The two eventually strike up a friendship as Wesley brings him food and spends more time with the man. Their relationship is complicated, as his parents don’t know about any of this and the man is on the run from the police. 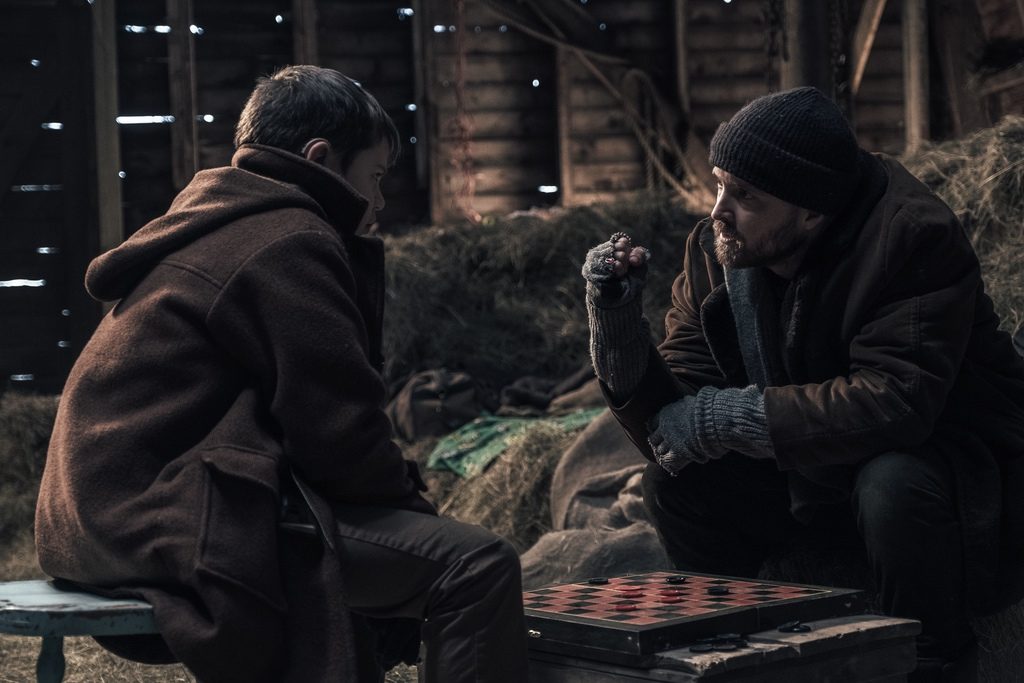 At times, this film feels like a play, with most of it taking place in just a few locations, and the best scenes are the more intimate ones between Wesley and Paul’s character or between Wesley and his mother. The love and tenderness of her character radiates from Winstead in each scene she shares with Murphy; it makes me wish there was a version of this film where she and Wesley get to be as happy all the time as they are when they’re together.

There is a scene where Wesley teaches Paul’s character how to sign The Pledge of Allegiance; it’s cheesy but also sweet. The chemistry between Paul’s and Murphy’s characters feels genuine. Paul’s acting has this magnetism, and even in the harshness that is playing out on screen, there’s sensitivity and care also shown by the man. It’s easy to see how someone could be drawn to him.

Murphy commits fully to this relationship, taking us through many typical child emotions in such atypical circumstances, from intense frustration and sadness to wonderment. Murphy is deeply entrenched in this role at all times. The issue is his hearing impairment hinges the script together and creates obvious character justifications. 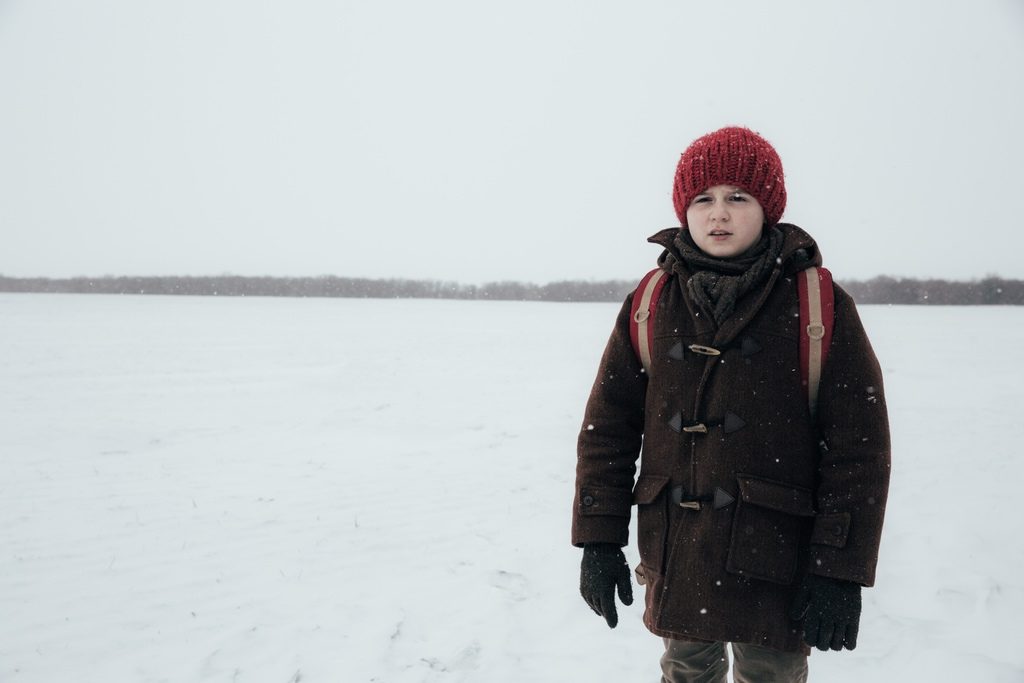 We know that Wesley’s deafness often puts a damper on his life. He gravitates toward Paul’s character because he’s both a friend and father figure. Paul’s character is similar to Wesley’s father in that he’s tough, but he’s also everything he’s not; he talks to Wesley, notices things and — more importantly — notices him. He seems to do this because Wesley is his only lifeline, but also because he knows people target him because he’s Deaf and so he wants to help him navigate the world better..

We know Ronnie finds it too difficult to connect with a Deaf child so he often reacts with annoyance and violence. There’s a scene in which Ronnie is working on a tractor beside one of his friends, Mitch (Darcy Fehr), and Mitch’s son (Logan Creran). Quizzing his son on different types of tools, Mitch — after a series of correct answers — says, “That’s my boy.” It’s a scene that’s screaming at us, saying this is the type of relationship Ronnie wants. 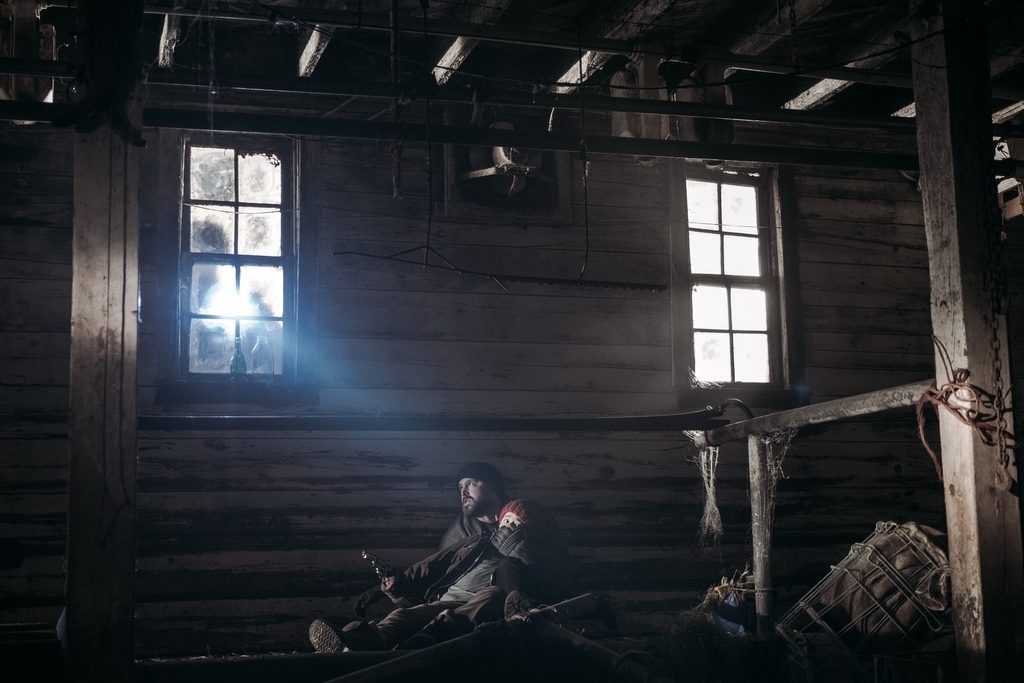 It makes me wonder what the film would be like if Wesley were hearing. Would Paul’s character have as much sympathy toward Wesley? Would his father be this much of a jerk? When a film has a simple premise and the characters are further boiled down, it makes for a story that misses opportunities to be rich and complex.

The relationships in The Parts You Lose add some life to a script that gets weighed down by shallow character motives. But it does give me hope there will be more films like it that show representation within the Deaf community and other represented communities, of which we desperately need more stories.