More than thirty short films were screened at the Thirteenth Annual Screamfest held at the Laemmle NoHo 7 in North Hollywood, CA.  Not only do these films represent a wide variety of themes inherent to the horror genre they stand as calling cards for the next generation of filmmakers eager to share their vision with an audience.  Should one or all of these filmmakers move on to features it wouldn’t be the first time that Screamfest alumni have moved on to bigger and longer things.

This year’s shorts programs, it was necessary to program five ninety-minute blocks, feature a wide variety of films.  From comedy to straight up horror, from the supernatural  to the human condition, from animation to re-animation and this is just the tip of the iceberg.  With shorts the filmmaker doesn’t have the luxury of building up a narrative.  It needs to be quick and to the point, economical and ultimately impactful.

We could be here forever if I were to look at all the films that were screened.   I would like to focus on the ones that stood out in my mind, left an impact or actually got my blood flowing and stayed on my mind well after the conclusion.

Erlingur Thoroddsen’s The Banishing (pictured above) probably delivers the most scares per minute than most feature length films.  At just under 12 minutes, this well made ghost story really delivers the goods and just when you thought it was over you get kicked in the gut.  Nicely performed, well written, edited and directed this is one that could give you nightmares and certainly is the only short I recall people actually shrieking.

Rebekah McKendry’s The Barista isn’t a horror film per se but it is a funny and whimsical look at conspiracy theorists.  The execution is quite amusing as you wonder just where this is going.  Featuring numerous funny bits and unexpected twists this turned out to be a nice, light piece to break up the dreariness of the other films that played with it. 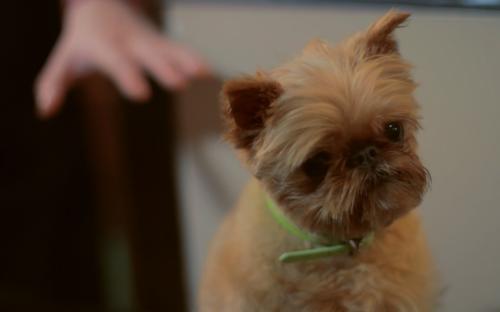 ‘The Barista’ directed by Rebekah McKendry

John Berardo’s Dembanger is a solid horror short made in the tradition of Scream.  Like the prologue to Wes Craven’s film it escalates until the tension is finally released at the end.  This will definitely make you take a second look at those friend requests flooding your Facebook.   Nicely paced and acted this was a fun one.

Antonio Perez’s Luna is an effective thriller about a young girl trying to evade a gun wielding lunatic who has just killed her family.  Will she survive?   Out of deference to the story I will describe this one no further.   All I will is that I thought it was cool.

John Fitzpatrick’s Skypemare is another short that prays on social media.  What would you do if you witnessed your best friend being attacked on Skype and there’s nothing you can do about it?   This is another tightly edited, economical thriller that really builds as it progresses.  Well performed especially by Cerina Vincent this is a taught 7 minute ride.

Gavin Williams’ Sleepworking is hands down one of the most intriguing, science fiction tales of not just the shorts but the feature films screened as well.  Imagine a time where we can do manually labor while sleeping.  What are we actually doing while asleep?   There are so many opportunities and avenues to explore and Williams just gives us one example of what will likely be a much larger canvas.  Not the scariest but certainly the coolest of the lot. 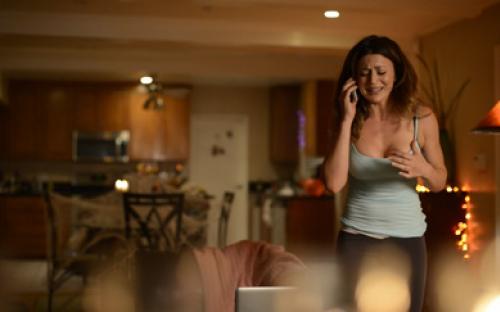 Christian Ackerman’s The Summoners is another one that just goes right for the jugular.  Three teen girls are willingly allowing themselves to be possessed.  Apparently it’s the rage in some circles.  On this particular night they chose the wrong spirit to channel.  Well edited, acted and directed it leaves you begging for more when it’s over.

Paul Davis’ The Body is pretty damn funny.  He had me hooked with the opening shot of the “Halloween Three” the three masks from the underappreciated “Halloween III:Season of the Witch.”  The film follows a serial killer as he tries to dispose of a body on Halloween night.  Comedy ensues.  There were numerous funny bits most of them involving the body of the title.   Gotta love that British sense of humor.

Hank Friedmann’s Black Sugar is an interesting take on a “Don’t Do Drugs” campaign.  A group of teens take the new drug sensation “Black Sugar” and soon find themselves in a nightmare that could kill them.  The film features some decent visual effects and an interesting looking nightmare world.  I especially liked the giant worm like thing on steroids or whatever that thing was.

Jeremy Robbins’ Aftermath is a horror movie about survival.  There aren’t any monsters here except for the human kind.   There is much that goes on in the film and it would do it an injustice to even discuss any of it.  It is well acted, directed, written and certainly bleak. 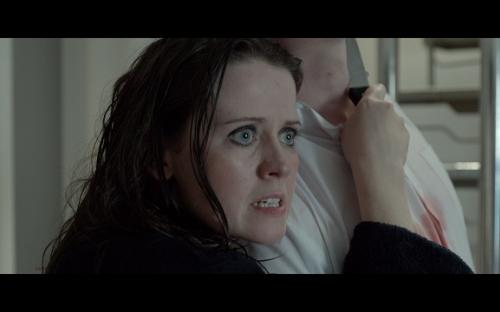 Kheireddine El-Helou’s Drudge leaves you begging for more.  Once it gets going it ends.  NO!!!   El-Helou successfully introduces a new crazed killer with a sleek look and some cool weaponry.   This is technically the opening of a planned feature film so hopefully we’ll see more of Drudge.

All of the shorts are good and worth seeing. The shorts I briefly discussed are just examples of the films that registered with me.   All of the shorts screened elicited some sort of response from me which all a viewer could hope for especially when a filmmaker only has few minutes to make their connection.  If you have the opportunity to catch any of the shorts that played at this year’s fest do yourself a favor and check them out.