IFC has released a new trailer for The Sound of Silence starring Peter Sarsgaard, Rashida Jones, Tony Revolori, and Austin Pendleton. Sarsgaard plays a self-proclaimed scientist who works as a “house tuner,” someone who uses acoustics to help people with their ailments. The film is directed by Michael Tyburski and based on the short film Palimpsest.

The Sound of Silence opens in theaters and on VOD platforms September 13th.

THE SOUND OF SILENCE follows a self-taught scientist, Peter (Sarsgaard), working in New York City as a “house tuner”—a unique, highly specialized profession he’s invented. His clients approach him with troubles like depression, anxiety, or fatigue. After extensive analysis of their homes’ acoustic characteristics, he identifies some sonic combination that’s altering their mood —a radiator mixed with a kitchen appliance, for instance— and is able to calibrate it. But following a routine house call where he meets Ellen (Jones), who is experiencing exhaustion, Peter obsessively searches for the fault in his practice after his initial conclusion proves incorrect. 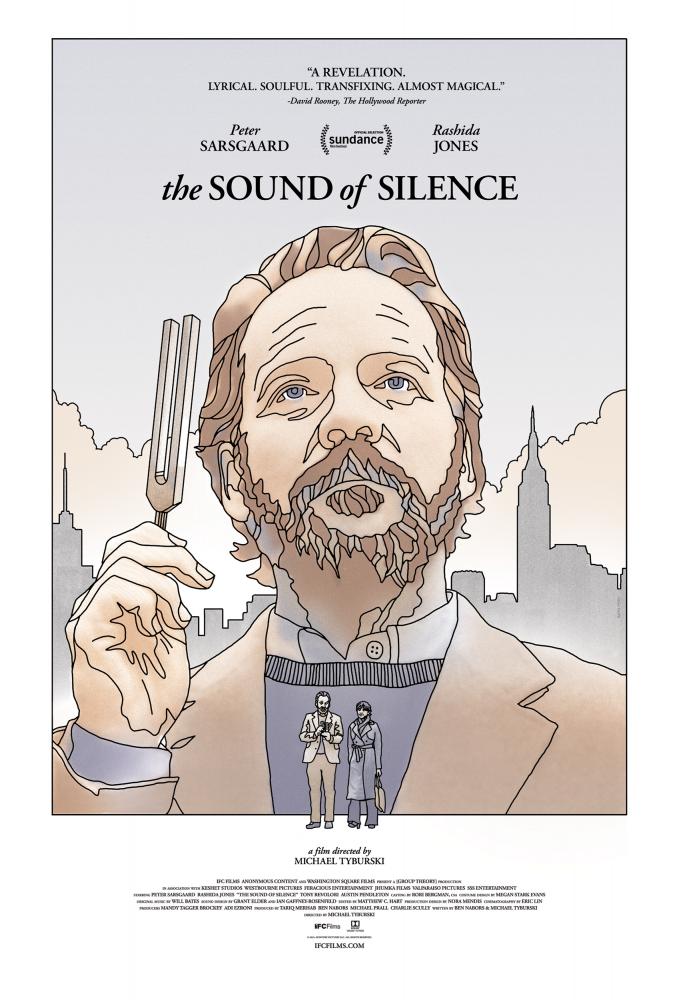