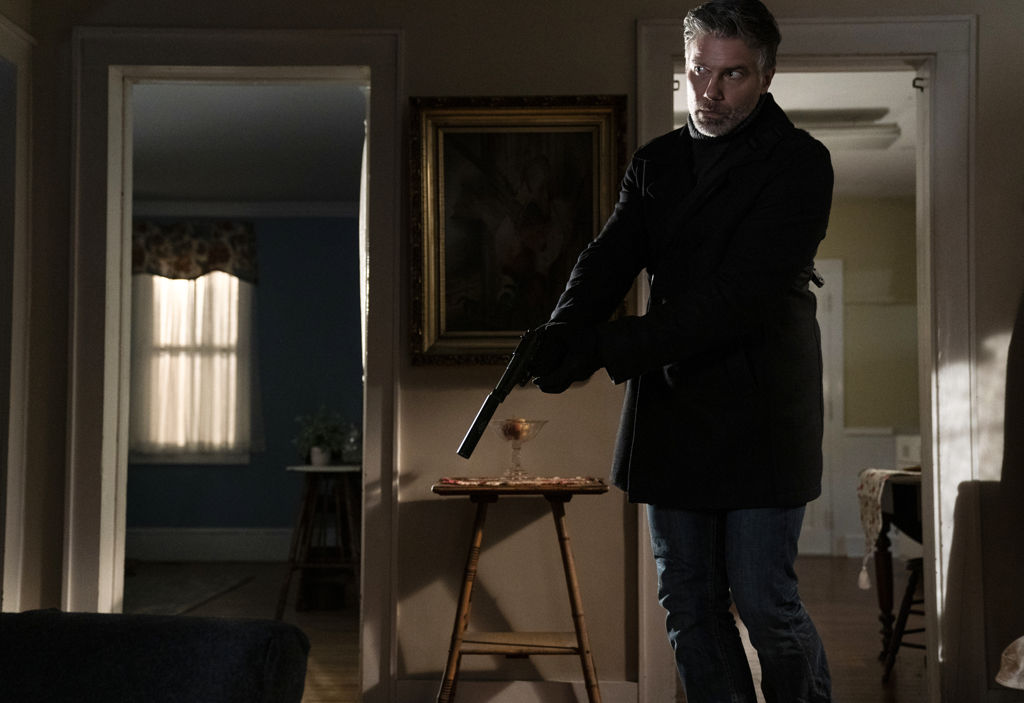 A contract killer prepares to execute his target with icy determination and scrupulous precision in terms of the details. His internal monologue thoroughly checks through every conceivable angle and potential outcome as he lines up his sniper rifle from the safety of his vantage point. He is a professional — unfeeling, calculating and pulling off every hit with a proficient disregard for human life and every base covered where things could potentially go wrong. He is a master assassin, an ace killer, a…virtuoso. Are you impressed yet?

The latest film by Nick Stagliano grants us a glimpse into the mind of a hitman for hire (Anson Mount) and effectively saddles us with his dry, over-embellished and nullifying internal monologue for an hour and a half of non-starting thrills. The Virtuoso works extensively to pull you into the thoughts of the frustrating, humdrum character who plods on and on about every decision he makes and every step in his planned assassinations, and shockingly still never convinces the audience he is a real, developed character despite all the effort.

Through the cardboard-esque performance of Mount, who approaches the titular character like an even duller and emotionless incarnation of Agent 47 from the popular Hitman franchise, the film becomes a trudging, inert crime thriller drawn from tired tropes and an unearned sense of cool due to its subject matter. It would be impressive how tedious and uninteresting The Virtuoso makes the job of a hired killer look, if only the crushing monotony of Stagliano’s film was its ultimate point.

We are introduced to our nameless protagonist while he’s finishing a routine job and settling into his simple, repetitive existence of waiting for the next call, his ongoing monologue bombardment providing unnecessarily detailed exposition over the minutiae of his life while we watch it happen. He is contacted by his handler (Anthony Hopkins, who is on autopilot and can be seen out of a sitting position exactly one time in the whole film) who sends him on a job that goes awry, resulting in some non-target civilians dying.

The experience rattles our protagonist’s confidence — or at least we are led to believe it does because he never feels developed enough, and Mount’s acting is certainly not up to snuff to sell the gravity of this unexpected blow to his professional reputation. With the weight of this mistake (allegedly) weighing on his shoulders, he is dispatched on a job located in a remote, snowy township, which takes up the rest of the narrative.

Through a painstaking, step-by-step process, our protagonist works to narrow down his suspects and eliminate his target before they become aware of his plotting. Stagliano’s filmmaking is best described as perfunctory in that he seems to have a handle on where to place a camera and how to set the lights just right to establish a mood, but all his efforts to apply tension never materialize.

Perhaps because the film can never find itself out of its own first gear, preferring the slow, meticulous pace of an ambling, undefined character who considers every single option in his head multiple times before ever thinking to act and thus livening things up with a sense of action or consequences. In execution The Virtuoso is flat, a wooden, by-the-numbers thriller that mistakes its abundant attention to detail and the dry mumblings of its professional assassin hero as profound. Unfortunately the phrase “show don’t tell” never seems to have made its way to Stagliano while writing the pages upon pages of forgettable voice-over for Mount to rotely recite in a monotone voice.

The Virtuoso is a tedious affair that seeks to put you in the mind of a contract killer and never anticipates how unpleasantly boring that experience would be. Guided by a paper thin protagonist who has no character beyond the label of his job, the film never manages to get off the ground and makes that job seem at all compelling even as he mercilessly picks off targets. Coupled with a needless voice-over and glacial sense of pacing, The Virtuoso proves that watching professionals at work isn’t guaranteed to be compelling by default. Sometimes the less we know about their process, the better.