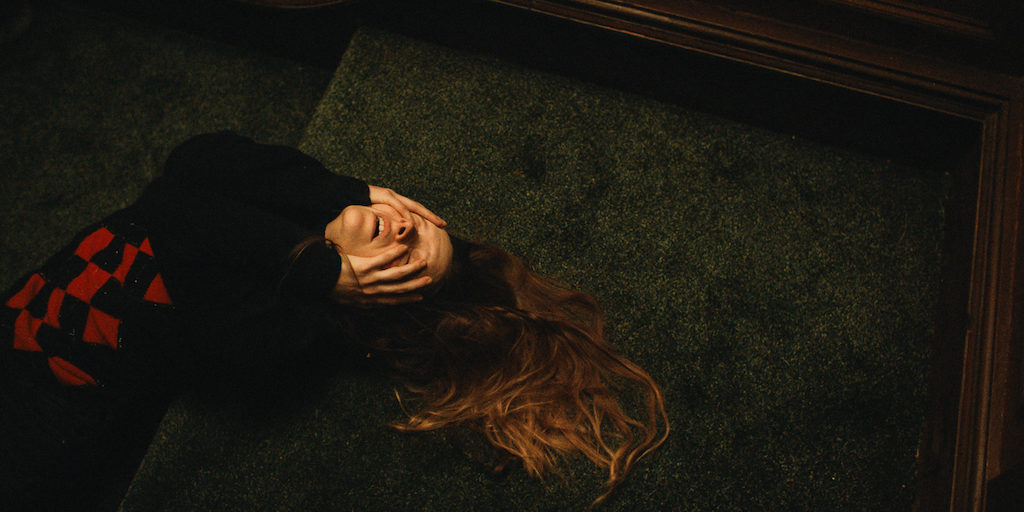 If anything can be gleaned from director Rose Glass’ debut feature, premiering during TIFF’s Midnight Madness program, it’s that she is a filmmaker who can instill patience in her audience. Stringing us along using the ever-deteriorating mental state of a young woman whose faith is her only support after a particularly traumatic incident, Saint Maud remains at a light simmer before a climactic ending sets fire to the whole stovetop, kitchen even the house in outrageous fashion.

It wouldn’t surprise me to see many compare it to the chaos of another contemporary horror film that is ambiguously about mental illness, Hereditary, but while Ari Aster punctuates his film with unfolding conspiracy, Glass is much more reserved in her approach. A slowburn rife with uncertainty, Saint Maud maintains its protracted elevation of terror for some agonizing but rewarding horror moments.

The true spirit of the film lies in her lead, Morfydd Clark, who approaches the titular Maud with an enigmatic fragility that garners sympathy but always makes us question just what is going to push her over the edge. A recent convert who lives ascetically while also quick to dole out moral judgements on all who fail her purity test, she envisions everything that is happening in her life as a test from God, whom she believes is talking to her.

Her latest occupation, after an “incident,” the film never specifies, is the private caregiver of famed dancer Amanda Kohl (Jennifer Ehle) whose cancer diagnosis clashes with her Bohemian lifestyle. Seeing this all as a sign and guided by the voices in her head claiming to the Almighty, Maud turns Amanda into her faith project, determined to save the soul of her patient by any means necessary.

What is set up as a Misery-type psychological horror quickly turns introspective as the film explores Maud’s warped sense of personal faith and how it ravages her ability to discern reality from fantasy. Glass elects to use a rather visceral approach to showing this: from the almost orgasmic scenes of Maud receiving the word of God (“godgasms” I believe Glass called them in the Q&A) to the multiple scenes of skin-crawling penance she performs.

The performance turned in by Clark is harrowing and complex, showing how her lucidity deteriorates while upholding a self-aggrandizing smugness as a “besainted” one sent to cleanse the wicked of their transgressions. It complements Glass’ approach of restraint and subtle escalation and prevents the film from wading into tedium.

What also complements this slow-burn approach is the oppressive atmosphere the film builds around her descent into madness and zealotry. Shot with stark, suffocating shadows and heavy contrast, the film at times feels appropriately oneiric and hazy as Maud navigates the gothic interiors of Amanda’s mansion and the disorienting nightlife of the Scarborough seaside.

Saint Maud has an acute disquieting effect, in which you wind up questioning a lot of what you are seeing, and part of that is due to the evocative manner in which Glass portrays her character’s mental state. Even if it does drag in its slump of a second act, wherein Maud questions her faith, you are absolutely hooked by the overwhelming mood and encroaching sense of dread to not see it through to the end.

And if you do, honestly, the last 20 minutes are worth the price of entry. While not at Hereditary’s level of chaotic posturing, there is a visceral, cathartic release when all the tension building up over the course of film explodes in spectacular fashion. If Saint Maud couldn’t do anything beyond one hell of a memorable ending, it will still be a light recommend because of the audaciousness it shows in those 20 minutes. Thankfully, the film as a whole is an excellent exercise in agonizing patience, making Rose Glass a talent to watch in the contemporary horror world.