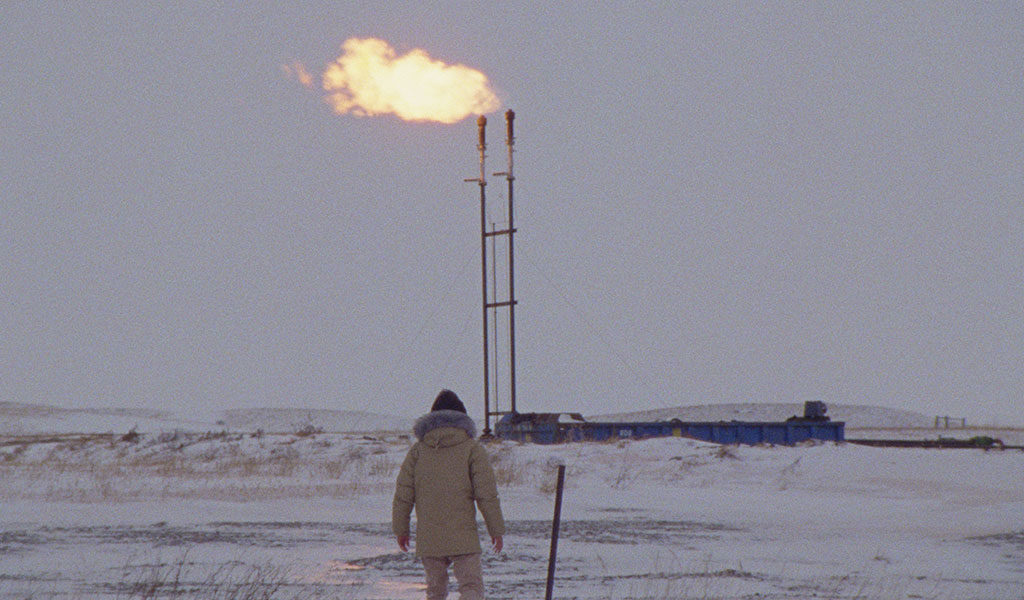 In the third chapter of Andreas Malm’s controversial political call to activism, How to Blow Up a Pipeline: Learning to Fight in a World on Fire, the ecology professor and environmental activist rails against the prevalent fatalism and “doomerism” that spreads among the climate activist community. While advocating for collective, organized sabotage and dismissing the effectiveness of pacifism within the movement at a point when the projected timeline of intervention has become more dire, the author/lecturer poignantly highlights this kind of despair, the dejected acceptance that nothing can be done at this point, as a self-fulfilling prophecy – when direct action can still be taken.

The book was understandably divisive when first published in 2021, with both sides of the ongoing climate-crisis debate finding issues with its tactics and advocacy or decrying it for going too far or not far enough, depending on what side of the political spectrum you find yourself. Yet, should we be questioning its effectiveness and resonance when, less than a year after its publication, a feature film adaptation has been produced and is to be distributed by independent darling NEON?

Capturing the spirit of Malm’s book, director Daniel Goldhaber and co-writers Ariela Barer and Jordan Sjo have translated the righteous indignation of Pipeline’s logical argument for obstruction and sabotage in combating the climate crisis into a tightly wound, paranoia-driven heist film that details how radicalization can lead to direct action in the face of despair. Cleverly straining the book’s thesis through a naturally tense film genre and employing a hyperlinked approach to how said thesis can align a diverse group towards the same conclusion, Goldhaber’s incendiary, nail-biting film cuts through the audience with its anxious editing and agitated cinematography.

It envelopes the viewer into a similarly heightened state through its taut pacing and radical themes, the adaptation of How to Blow up a Pipeline discovers a sharp, emotional story in Malm’s abstracted argument, giving human faces and insightful action to the book’s significance. Deploying a non-linear structure, Pipeline follows a collective of would-be activists, all from different walks of life who have all, either directly or indirectly, become unignorably aware of our climate crisis and fallen upon the same course of action.

The film centers on an indigenous woman (Ariela Barer), who lost her mother to the heatwaves in California; a college student (Marcus Scribner) disillusioned by the pacifism and awareness-centric activism of his fellow students; an indigenous loner and bomb expert (Forrest Goodluck), who stews in violence over the encroachment of an oil refinery on his people’s land; a blue-collar family man (Jake Weary) forced off his Texas homestead by the oil industry; a gutter-punk couple (Lukas Gage and Kristine Froseth), who make climate activism a figure in their anarchist, youthful rebellion; and a cancer-stricken house cleaner (Sasha Lane), who has fallen sick from living close to a refinery and who convincers her partner (Jayme Lawson) to fight alongside her while she still has time.

The film is thorough in dividing itself between the ensemble and pointing concisely to how their shared goal came to be. Each of the cast is given ample opportunity to shine in Goldhaber, Barer and Sjo’s carefully segmented script, and each brings a palpable humanity to their characters’ backstories, investing care into showing how each could be driven to the direct action on display. The dawning of their realization that more drastic sabotage is not only necessary but is required is played out in self-contained flashbacks interspersed through the runtime that interrupt the main plot of the film to slowly but surely inject character and meaning to its overly tense momentum.

These flashbacks play throughout the meat of the film, a plot to detonate a segment of pipeline around Odessa, Texas, that Goldhaber injects with a tight sense of uneasiness. Through the agitated, wound-up performances of the cast; the meticulously researched details of the plot; and intersecting, overlapping storylines, you are on the edge of your seat with anxiety when Pipeline places you in the moment of its eco-terrorist ploy. Coupled with Tehillah De Castro’s absorbing, handheld cinematography and Daniel Garber’s swift, weighty editing, the sequences showcasing the preparation and execution of the “heist” that the film is built around are frankly nerve-racking, made even sharper by Goldhaber’s occasional interruption with backstory to underline why these wayward activists have such conviction to risk their lives for this plot. The twists and complications to their plan carry stomach-churning weight, and Pipeline makes every tense second of its relatively brief runtime count, all in service of keeping the audience at a prolonged state of unease.

Pipeline is a sublime heist film that harkens back to the staples of the genre and that invests the emotional weight of the audience into the horrifying prospect of a carefully envisioned plan going awry at any moment. Invoking the spirit of Malm’s book of advocating for direct acts of sabotage in light of a planet becoming rapidly inhospitable only works to increase the naturally present anxiety of the scenario and impart on the audience the need to take its radical call to heart.

As is the nature of genre storytelling, the case could be made that the radical tones of its message are dulled out of necessity to appeal to a filmgoing audience — a case strengthened by the developments in the third act of the film, which might come across as a little too neat for some. Regardless, as it is all in service of an excellent thriller that nevertheless carries the message radical intervention all the same, How to Blow Up a Pipeline is tensely wound ecocinema at its most unforgettable and emotionally powerful.