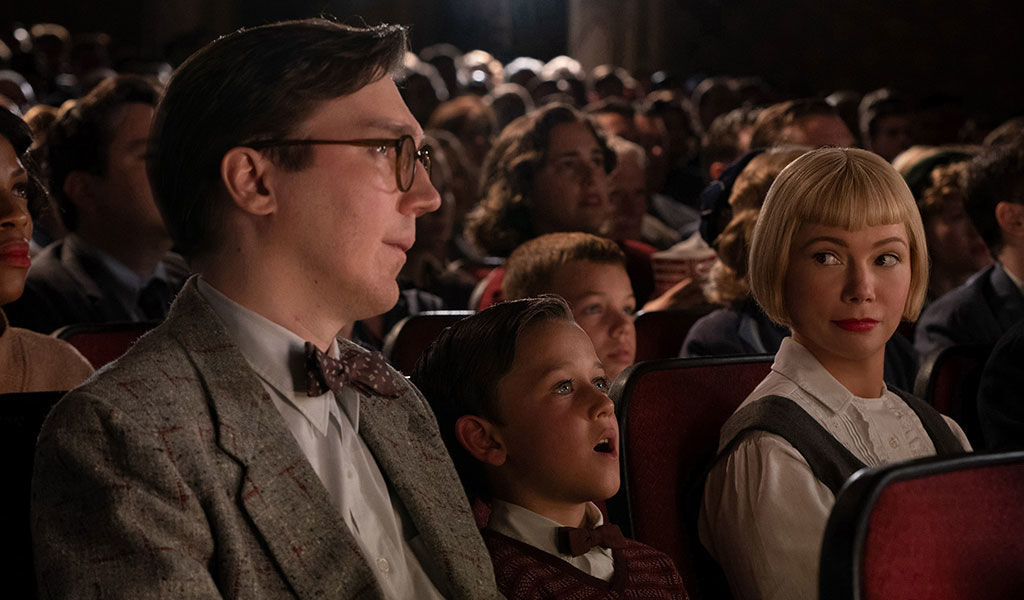 Sifting through the tender memories of his youth, Steven Spielberg has lovingly crafted his personal celebration of the indelible power movies have over us in that signature, sentimental register that the veteran director has perfected over the course of his career. Using a thinly veiled avatar in Sammy Fabelman (Gabriel LaBelle), an Arizonan teen from a turbulent home who discovers the inexplicable magic of film at a formative time in his adolescence, Spielberg and co-writer Tony Kushner candidly excavate memories from his winding path to the director’s chair, not so much as an act of life writing but as an advocacy for the medium.

Like many films released this year, The Fabelmans has a lot to say about what makes cinema such a unique artform, specifically tailored to exploring/exposing our memories and emotions – the “established auteurist making a loving tribute to filmmaking” type of film that has become so overdone in recent years as to elicit eyerolls whenever the next one comes down the pipeline. Spielberg’s Fabelmans is very much shaped in that exact mold, but through the director’s aching sincerity in the task of exploring his personal life and the piercing insight he brings to the filmmaking process, it stands as one of the director’s most touching films (which is saying a lot, considering his pedigree).

As mentioned, the film follows the rapidly maturing Sammy whose growing up becomes accelerated and complicated from two pressing sides, his burgeoning, all-consuming love of moving pictures and the gradual dissolution of his idyllic family life. His loving parents, the fanciful pianist Mitzi (Michelle Williams) and no-nonsense computer engineer Burt (Paul Dano), begin to drift apart as the young Sammy discovers his true calling of movie-making, tying his own coming-of-age story to his creative endeavors.

Cast against his parents (who encourage him in that parently way that is equal measures appreciated and condescending) and making endearing Super-8 movies starring his sisters and friends, Sammy receives glimpses of the real world of adulthood through the lens of his camera, the hacked footage on his movieola, and the fantasy of his short films. Kushner and Spielberg powerfully tie these revelations of Sammy’s (Spielberg’s) selfhood together, having the aspiring creative’s developing filmmaking eye poignantly reveal the cracks in his idealized, Rockwellian family portrait. Spielberg’s apparent belief in the revealing power of cinema is crystallized in a phenomenal scene of a crestfallen Sammy screening “revealing” footage of things he shot on a family camping trip with family friend Bennie (Seth Rogen), using his ”world” to show her what he sees.

While Spielberg’s continued partnership with Kushner provides the film’s script with a tender nostalgia for his wayward youth, which is nevertheless painfully sobering and devoid of the overly cloying undertones that other such autobiographical works tend to carry, it’s the contributions of Januz Kaminski that truly shine in The Fabelmans. In this film, the twentieth collaboration between the two, Kaminski doubles down on a similar nostalgic color tinting and sweeping, whimsical camera movements which brought a forceful spark of life to the pair’s West Side Story the year previous. Fittingly, whether viewed through Sammy’s scratchy Super 8 or Kaminski’s beautifully wistful cinematography, the scenes from the director’s semi-imagined childhood look, feel and move like living memories, making their emotional weight all the more moving, depending on the tone of the scene.

A shot of teenage Sammy Fabelman receiving his first kiss from a hyper-religious Christian classmate (Monica Sherwood) can be a masterclass in awkward comedy and endearing quirk through Spielberg and Kaminski’s hilarious framing of a large, looming crucifix above the girl’s bed. On the other hand, a scene of Sammy’s estranged and weathered uncle, Boris (Judd Hirsch), bitterly recounting the folly and risk of artistic pursuit can feel staggeringly unsettling from the magnitude of Hirsch’s scene-stealing performance and the confining way the scene is shot. The film almost always achieves the reactions it strives for and renders Spielberg’s abstracted childhood memories as palpable and touching even through their fiction.

Speaking of Hirsch’s phenomenal cameo, the cast universally impresses across the board with Kushner and Spielberg’s script. LaBelle’s star-making role as the director’s analog – equal parts the endearing naïveté of his youth and the hidden creative searching desperately for an outlet – anchors the film brilliantly through his performance. Williams, Dano and Rogen form a thorny triad of adult role models who can handle the emotional beats and pithy comedy with precise execution, with Williams specifically bringing harrowing depth to her portrayal of Sammy’s despondent mother. Pulled intimately from Spielberg’s memories, each character from his youth feels lived in and fully realized, as if the director was dredging up some dormant feelings he had been waiting his entire career to work through in the fiction of his filmmaking. And, yes, the David Lynch cameo is as perfect and memorable as word of mouth has portrayed it to be.

The Fabelmans is a new benchmark for Spielberg’s current career phrase, when the veteran director in all seriousness has nothing left to prove. It’s a touching tribute to the imperfections of his family and the perfections of the cinematic artform that swiftly avoid the saccharine exercises that its premise and pseudo-genre would engender. Deftly handled by Spielberg, Fabelmans is seemingly the director’s most personal film, and due to that distinction, it stands out even in a filmography where Spielberg has found ways to inject the personal into the most populist, blockbuster entertainment the industry has ever produced. Turning the camera around on himself (even through abstraction), now 50 years into his illustrious career, how could we expect nothing less than magic?