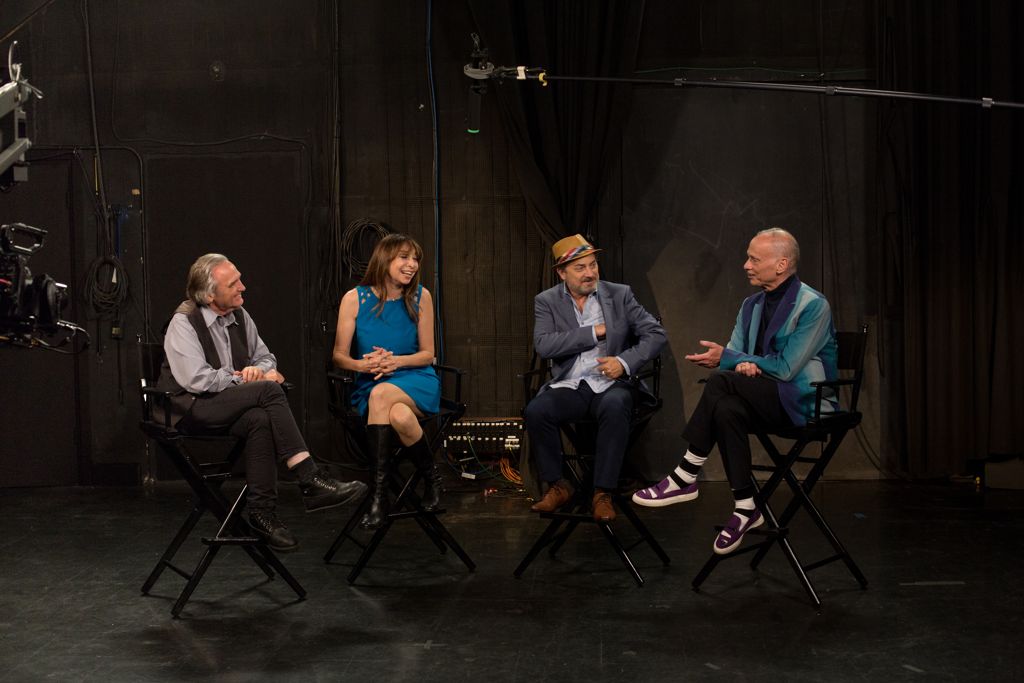 This review is for all three volumes of this documentary series. Volume 1 will be available April 21st, with volumes 2 and 3 releasing May 19th and June 23rd.

Despite boasting an impressively large lineup of interviewees, the three-part documentary series Time Warp: The Greatest Cult Films of All-Time adds little to the discourse on cult film and also could have used some more time in the editing room.

Hosted by the incomparable Joe Dante, Illeana Douglas, John Waters and Kevin Pollak, the film is structured very simply: the presentation of a cult film that’s then followed by a series of conversations about that film among the hosts and interviews with individuals involved in the film, along with critics, film historians and other actors.

Rather than delving into any specific overarching themes, the doc, which adds up to more than five hours combined, looks at each individual film and discusses what makes it a cult title. There are a large number of films discussed, the bulk of which are indeed the most prolific cult titles, but there’s very little connective tissue between each movie, making the overall experience feel too clinical.

There’s no flow between movies, it just goes down the list, and, while there is some sort of theme attempted, it doesn’t really work. The first part is called ”Midnight Madness,” but most of the movies highlighted were not midnight movies.

The second part looks at horror and sci-fi movies, and the final installment explores comedy and camp films. The films held within these volumes fit more in line with the broader given genres.

It’s all entertaining to be sure, and the sheer amount of subjects that director Danny Wolf got to participate is impressive. I love movies about movies, and even with a title such as this, where the subject matter has been previously discussed multiple times before in other documentaries, I still found it to be a fun celebration of some of my all-time favorites.

While not every big cult movie is featured, most of the biggies are discussed, from The Texas Chainsaw Massacre and The Rocky Horror Picture Show to The Big Lebowski and The Room. The interviews are accompanied by a well curated batch of clips, but the overall package is a bit rough around the edges. The music is terribly generic, likely procured from a royalty-free site, and I suspect that the same goes for all the titles and transitions. For example, I noticed one lower-third title remaining on screen even though the clip had changed to over a new movie.

Sound effects were added to the clips as well for some reason, accentuating things like punches and stabs, something that seems unnecessary and cheapened the clip. It’s all these small errors and poor stylistic choices that add up to an overall amateurish experience, akin to a series of Youtube videos rather than a fully formed documentary.

Although it’s a retread of content from other, more astutely crafted documentaries, Time Warp’s impressive slate of subjects who offer up insights on these classics that are both informative and incredibly entertaining makes it worth a light recommendation, despite the less-than-stellar presentation.

One Response to “TIME WARP: THE GREATEST CULT FILMS OF ALL-TIME Review”