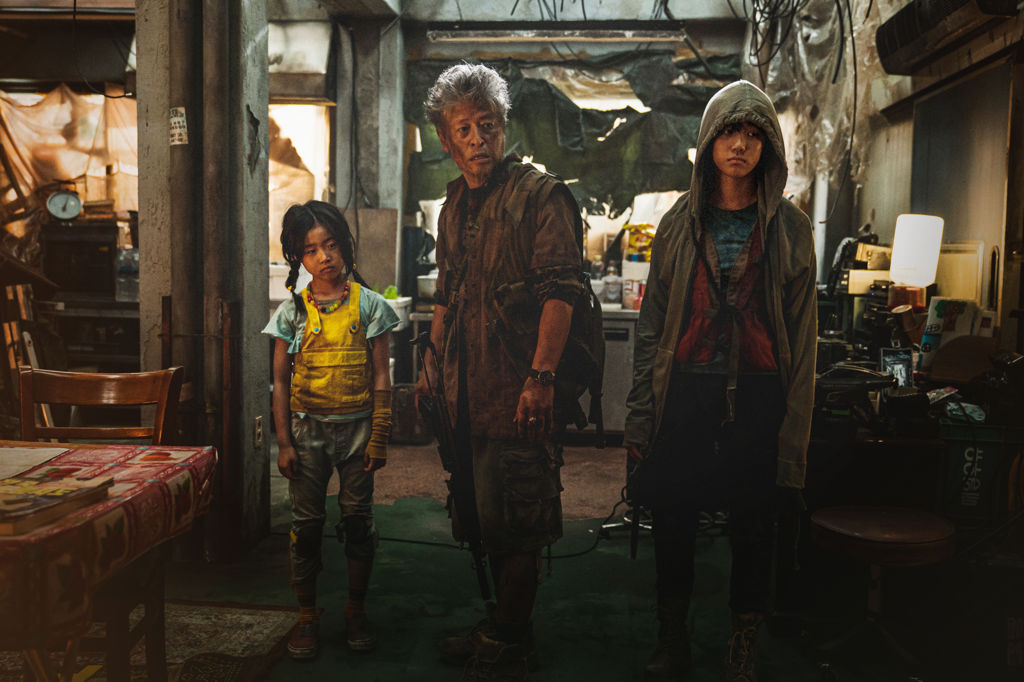 Four years after making his live-action debut with Train to Busan, director Yeon Sang-ho has returned to a zombie-infested South Korea with the much-anticipated followup, Peninsula. Bigger, louder and filled with more energy, Peninsula checks all the right boxes for a sequel, but does it deviate enough from the stale zombie-flick formula?

Four years after the events of Train to Busan, Peninsula involves a South Korea decimated by the zombie plague. Those lucky enough to escape “the peninsula” during the outbreak were forced to take refuge in Hong Kong, where they were ostracized and treated with hostility. Kang Dong-won plays Jung-seok, a soldier who agrees to accompany his brother-in-law and a small team back into Korea to retrieve a truck full of money left by another group who went missing.

The team, equipped with night vision, a couple sat phones and some guns, has three days to find the truck and bring it back to the rendezvous spot before their ship leaves without them, but they quickly find that the infected could be the least of their problems. Like many post-apocalyptic movies, some survivors have turned into crazed psycho killers, scavenging the newly formed wasteland and kidnapping anyone they find along the way to use in a Thunderdome-style arena fight against a horde of zombies.

Where Train to Busan is like The Raid of zombie movies — fast, raw and largely contained within one location — Peninsula is like The Raid 2. It opens up the world and allows for bigger, more explosive set pieces that further flesh out this world on a much larger scale.

The Mad Max influence is especially prevalent through the film’s multiple car chases, which are clear highlights in an otherwise slightly above-average zombie thriller. Though not as wild as something like Fury Road, experiencing a frenetic car chase through a zombie-infested city is a thrill, making Peninsula worth viewing for those scenes alone.

More time is spent flashing out character moments this time around, in contrast to the original, which kicked off the action early on and barely let up throughout the entire run time — another aspect that is similar to The Raid series. This isn’t necessarily a bad thing, as Peninsula deals with a larger roster of characters, and, seeing how the set pieces are so big, the small reprieves we get are welcome.

While the human threat poses a potentially greater danger than the zombies, Peninsula still features a whole mess of the undead, flowing like tidal wave of gore, similar to the first film or to World War Z. If you remember that one, really tense scene in Train to Busan, where the lights are out and they realize the zombies are nearly blind in the dark, that’s a mechanic that plays a big role in Peninsula and lends itself to some intense sequences and superb visual touches.

Peninsula is a tonal departure from Train to Busan, but it still manages to deliver a thrilling, wildly entertaining and total badass zombie action flick that, despite its reliance on tropes, is a worthy successor to the original and hopefully an introduction to a world that I hope we get to revisit in the future.