Well Go USA has released the first teaser trailer for the upcoming Train To Busan sequel, titled Peninsula, which takes place four years after the horrific events of the original. Sang-ho Yeon returns to direct, with Dong-won Gang and Jung-hyun Lee starring.

There’s no release date announced yet, but hopefully we’ll all get to see this very soon as this trailer makes me beyond excited.

Four years after South Korea’s total decimation in TRAIN TO BUSAN, the zombie thriller that captivated audiences worldwide, acclaimed director Yeon Sang-ho brings us PENINSULA, the next nail-biting chapter in his post-apocalyptic world. Jung-seok, a soldier who previously escaped the diseased wasteland, relives the horror when assigned to a covert operation with two simple objectives: retrieve and survive. When his team unexpectedly stumbles upon survivors, their lives will depend on whether the best—or worst—of human nature prevails in the direst of circumstances. 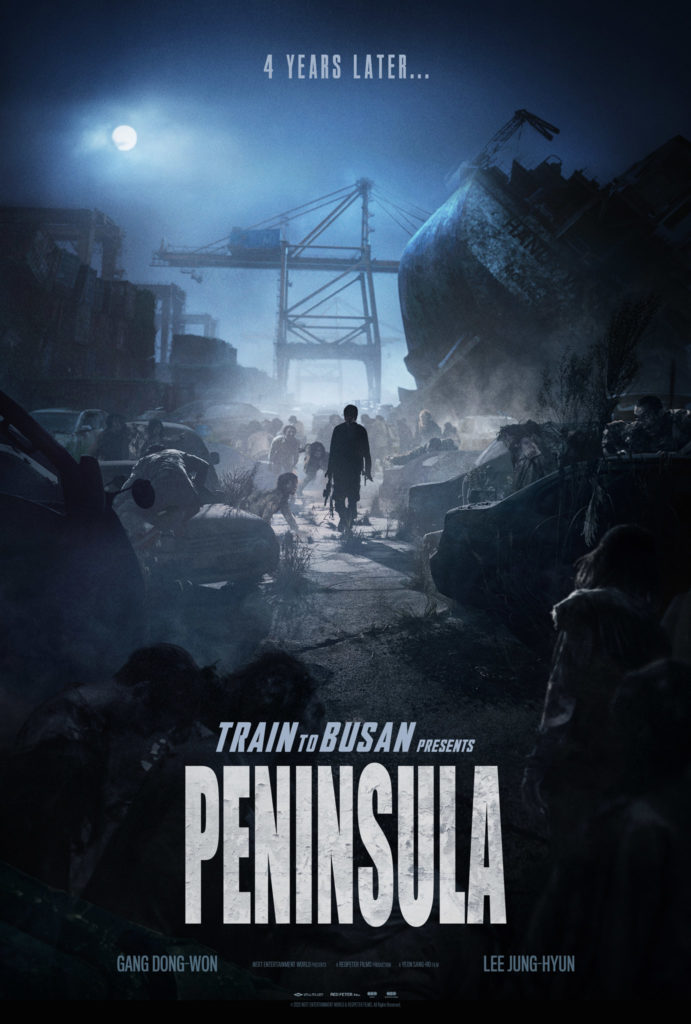 One Response to “TRAIN TO BUSAN Sequel PENINSULA Teaser Trailer”