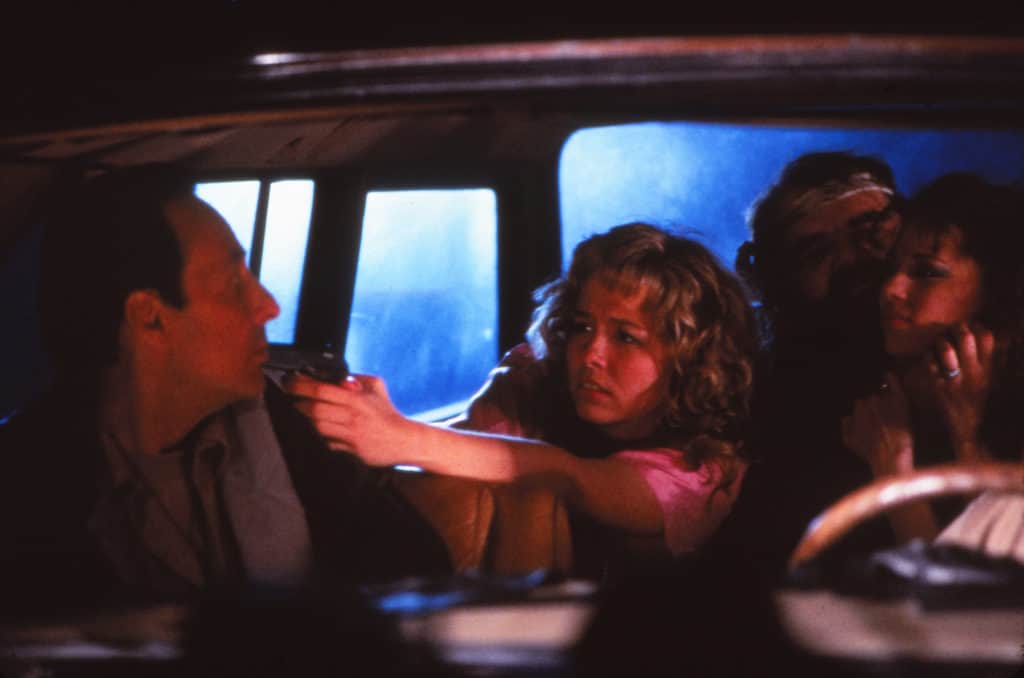 This product was provided to us by Arrow for the purpose of this review. All opinions are our own.

If you’re in the market for some intense ’80s camp, then look no further than the largely unknown little thriller Trapped Alive (originally titled Forever Mine) from 1988, now on Arrow Video Blu-ray. Feeling like a poor man’s My Bloody Valentine or, for a more contemporary comparison, The Descent, this gloriously bad piece of trash cinema delights in simply how inept it is, while delivering a slightly bonkers narrative that seems to revel in how little sense it all makes.

The film begins with a jailbreak involving three men who take two young women hostage. After heading down a back road, the group somehow ends up on top of an old mine that caves in under the weight of their vehicle, causing them to become trapped. As if contending with the convicts (one of whom dies in the cave-in) and being stuck in a mine weren’t enough, there’s some kind of humanoid creature lurking the dark tunnels, waiting for its moment to strike and feed on the hapless trespassers.

One of the two remaining criminals, Randy (Mark Witsken) is supposedly not such a bad guy, and Robin, a hostage and the daughter of a prominent local lawyer, takes a liking to him almost immediately for some reason. Randy is a car thief and a bit of a wiz with engines, so he’s put to task in getting an old generator working. This leads to one of the film’s many (many) illogical moments in which Randy states he needs a match to see the generator even though they’re shining a giant magsafe flashlight on it. 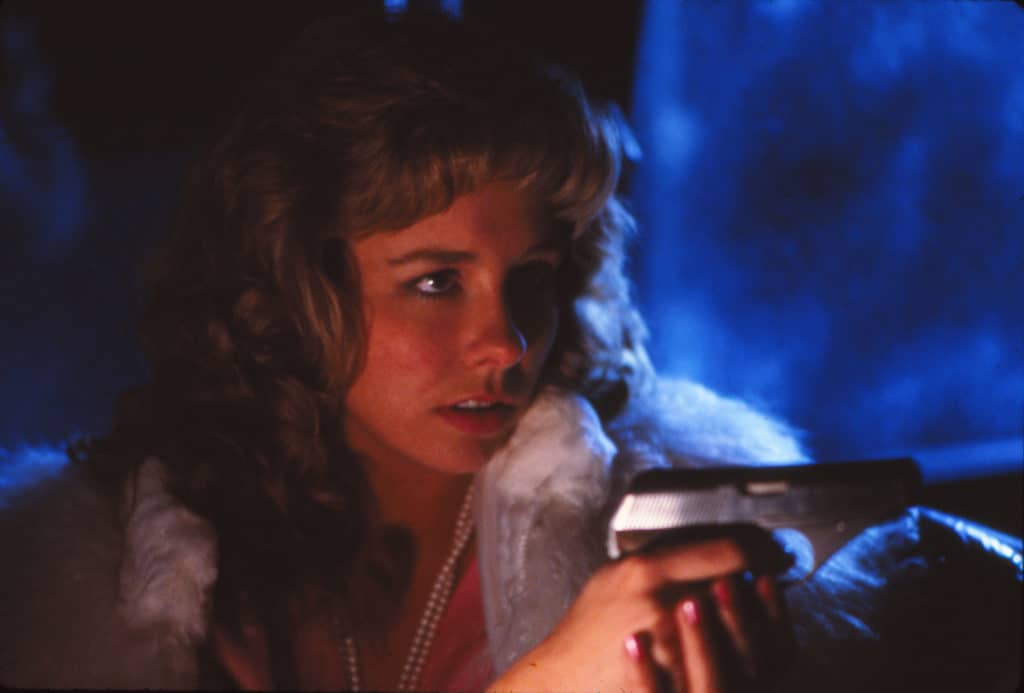 To complicate matters further, Billy, the local sheriff, ends up in the mine too, as he was in the throws of passion with the caretaker’s wife when he heard an emergency call through the mine’s phone system. Oddly, the caretaker sleeps through this whole ordeal, and the film periodically cuts back to check in on him in bed.

Trapped Alive is a ridiculous mish-mash of glorious ’80s horror tropes, with an equally ridiculous cast of characters who seem to have no idea how to react to the horrors occuring around them. Although there are some positives to take away from it, this is a title firmly planted in the “so bad it’s good” category.

One of these positives is the set design, specifically the mine itself, which looks quite good for the budget the filmmakers were working with. Another highlight is the cinematography by Nancy Schreiber, one of the few female cinematographers working during that time. Schreiber fully utilizes the light and shadow of the mine to not only create a brooding atmosphere, but also to hide the more cheap-looking elements of the film, namely the monster and his not-especially-great latex covering. 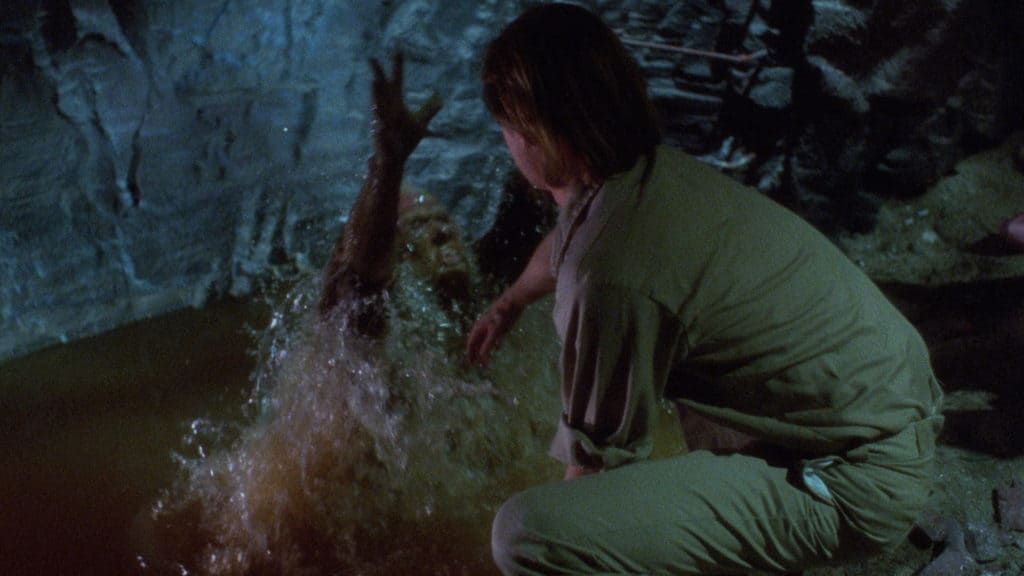 Arrow’s 2K restoration of the film, using the original camera negatives looks nearly flawless, though you may notice a few little scratches here and there. All in all, this is another great restoration, which was supervised and approved by Schreiber. As the film largely takes place in a dark mine, I was impressed at how deep the blacks were, considering the age of the film and the low-budget nature of it to begin with.

Included on the disc is a brand-new making-of documentary featuring interviews with most of the cast and crew (where they oddly talk about catering for about 10 minutes); additional interviews; a commentary track; a documentary from 1988 about Windsor Lake Studios, the location where the film was shot; and a featurette with director Leszek Burzynski discussing his early days as a filmmaker before Trapped Alive.

As with all of Arrow’s releases, there’s a reversible cover, which has a great new cover, but how can you not love that original one? The first printing of the movie also contains a 31-page booklet with an essay, tech specs on the restoration, and plenty of stills to enjoy. Trapped Alive is an outrageous, messy, incomprehensible piece of ’80s exploitation, but it’s undeniably fun, and now you can own this lovingly restored version from Arrow with tons of bonus content to sink your teeth into.