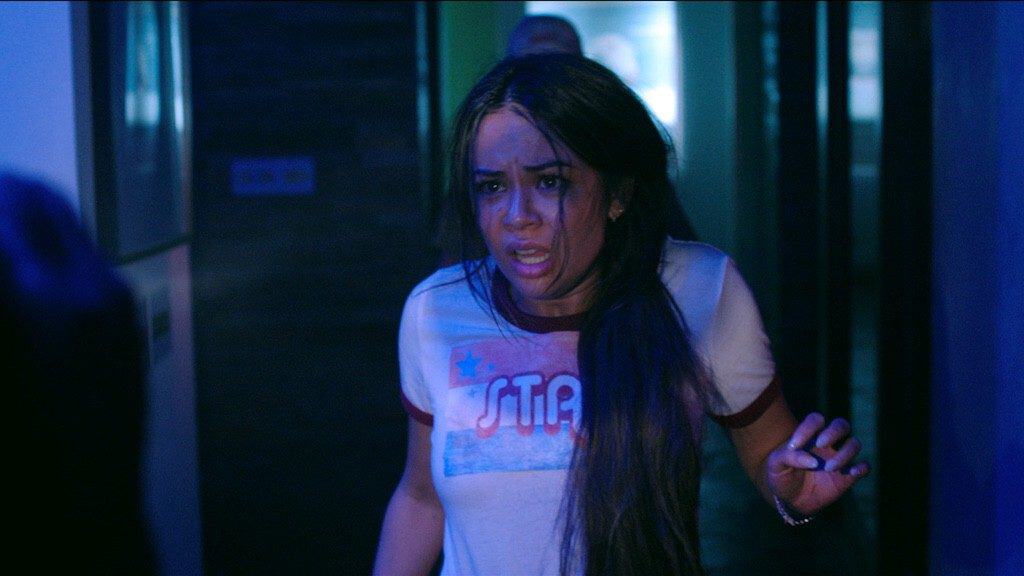 At first glance, the latest horror offering from Orson Oblowitz, Trespassers, appears like it’s setting out to be a gritty, giallo-inspired nightmare, but in reality it’s an uninspired bore, plagued with worn-out tropes and a humdrum narrative that will leave audiences pondering why they wasted their time.

The great poster and memorable opening score harken back to classic Italian horror, but despite carrying this vibe in the early moments, this style is quickly eschewed for a bog standard, home-invasion slasher, devoid of originality and purpose.

Originally bearing the baffling title Home is Where The Hell Is, Trespassers opens with the execution of a man and woman at the hands of what appears to be a Mexican gang, beginning what could be viewed as a fear-mongering, pro-Trump-agenda, cautionary tale about the dangers of illegal immigration. 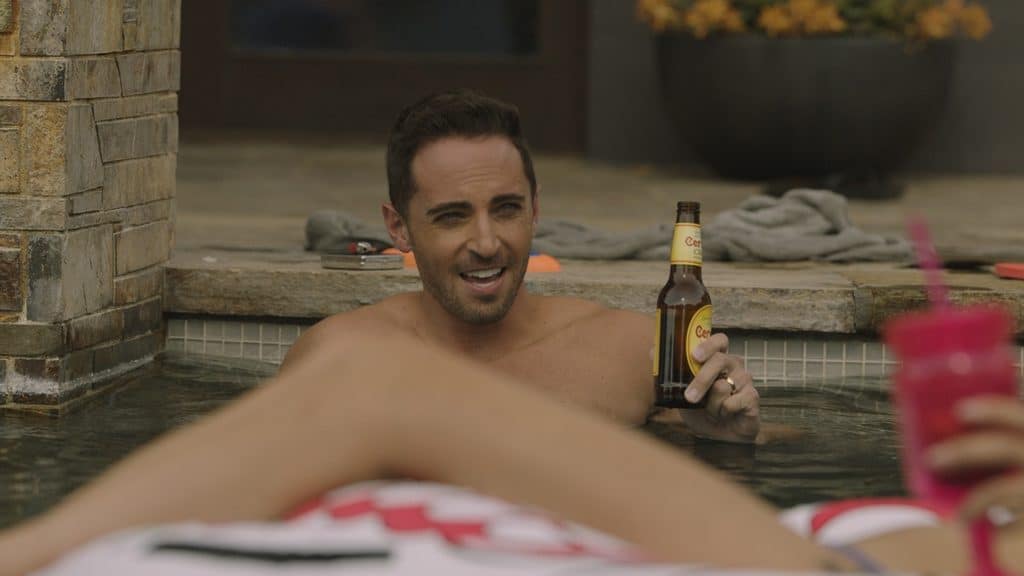 We’re then introduced to the main slate of characters: two couples who are heading to a desert retreat for a fun weekend filled with booze, sex and drugs. From the onset it’s evident that these are people we will not want to spend any extended amount of time with and carry no endearing qualities. They’re generic horror cannon fodder — obnoxious, self-centered loud mouths seemingly designed to be hated, whose dialogue is exaggerated and overacted with little depth of character to be had. As they begin their partying, the only thing we can take solace in is knowing this is a horror movie and some of them will mercifully be dispatched before the end credits.

Aside from the painfully grating drama unfolding between the two couples, the vacation proceeds normally until a neighbor (Fairuza Balk) enters the picture, claiming her car broke down and asking to use the phone. It’s clear she’s up to something, but before the friends can find out what that is, an incident occurs that changes the course of their lives forever. Without going into spoilers, it’s nothing of substance. 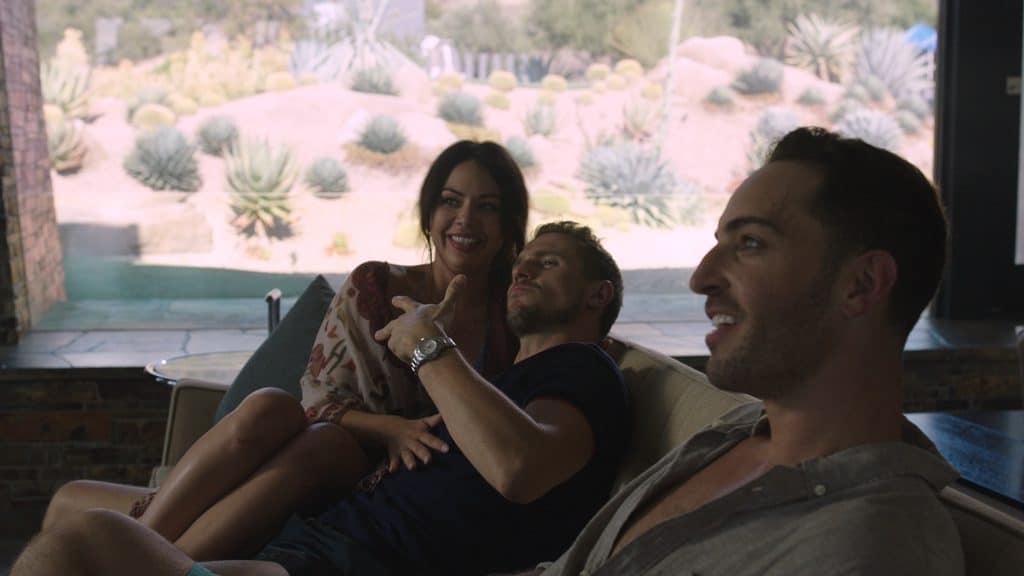 And that’s the big problem with Trespassers;  there’s nothing here to make it a worthwhile endeavor. The characters are absolute shit; the plot is thin and inconsequential; and the horror elements, while well executed, are filled with tired clichés and forgettable moments. Despite the strong opening theme, which comes back at the end, the rest of the score is comprised of generic synth tunes that, coupled with the bland visuals, makes for a stylistically vanilla experience as well.

Trespassers is the type of movie that will anger more than entertain. The reprehensible characters are the initial source, but as the truths of the film are revealed, a new level of frustration begins to build until the warm embrace of the credits beginning to roll offers some relief and we realize that we don’t have to spend another minute with this feckless train-wreck.