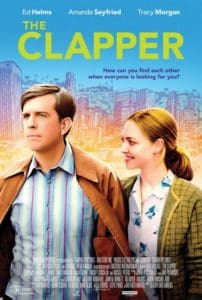 Do you ever wonder where the always-overly-enthusiastic audience comes from in those ridiculous infomercials for things like the Slap Chop or Shamwow? Yeah, me neither, but that’s what the basis for Dito Montiel’s film The Clapper begins with, and it all goes downhill from there.

Ed Helms plays Eddie Crumble, a professional clapper – someone who is paid to be an audience member for infomercials – whose life is upended after a famous talk show discovers the numerous times he’s been in these commercials. The segment becomes a viral hit, and Eddie loses his job as a result, along with his budding relationship with lovable gas station attendant, Judy, played by Amanda Seyfried.

A ridiculous plot aims to bolster the thin premise with Eddie becoming employed by the talk show that ruined him in order to carry out a Joe Dirt-style plan to find and reconnect with Judy. For some reason he didn’t bother to get his own girlfriend’s phone number, address or even her last name. Everything devolves from there into an illogical, ill-conceived romantic comedy that lacks both. 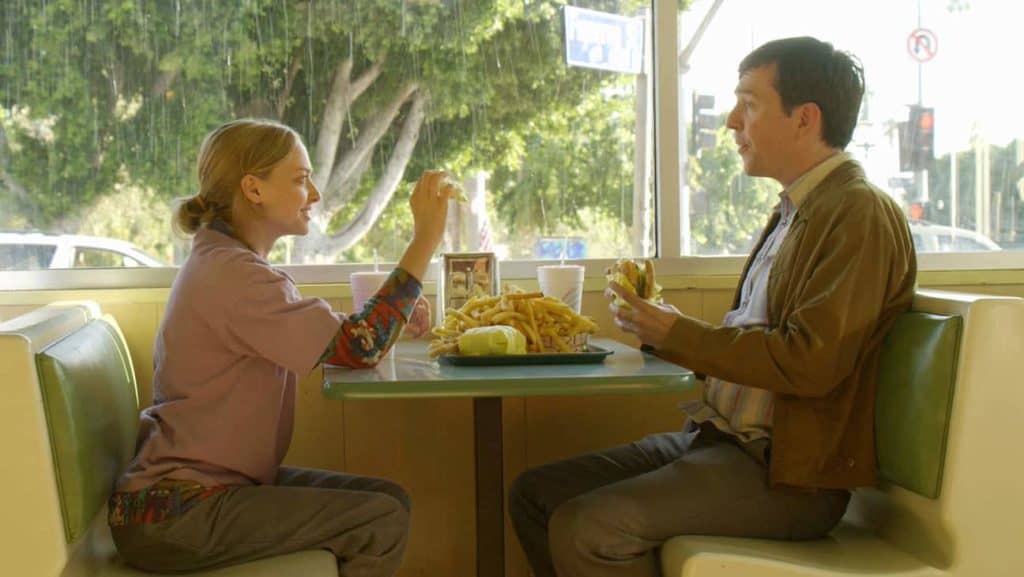 Eddie is a dim-witted buffoon barely capable of stringing together a coherent sentence, let alone carry an entire feature film, however the one bright spot comes from Tracy Morgan’s character of Chris, Eddie’s best friend and another professional clapper. One of the film’s only truly funny moments comes from a moment between Morgan’s Chris and Mark Cuban and a sushi platter in the show’s green room. Morgan carries the comedic heft of this film entirely on his back, and although his scenes were funny, it wasn’t enough to save the movie from being crushed under its own stupidity.

Every story beat comes off as implausible at best, not the least of which is Eddie and Judy’s love story itself, which begins with Eddie creepily filling up his car at the gas station multiple times a day, followed up by having french fries in a nearby diner and talking about Judy’s dream of working at an animal shelter in Mexico. Judy is apparently completely closed off from the world, doesn’t own a TV or use the internet, nor does she see the many many billboards with Eddie’s face on them around the city. It seems she’s oblivious to what’s happening with him, and, of course, he doesn’t bother telling her either. 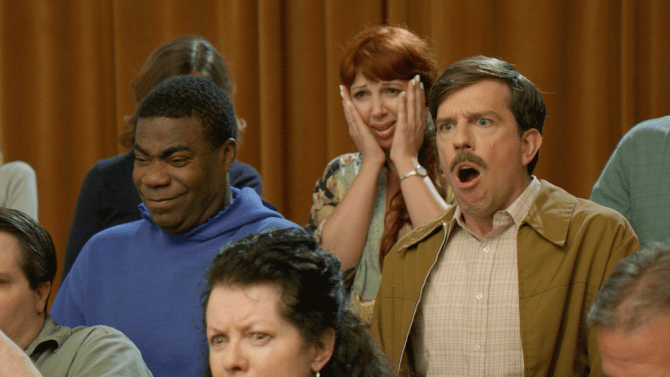 It isn’t until she gets fired from the gas station because the show’s TV crew comes to ask her about Eddie that she realizes something’s strange. Yeah, it doesn’t make a whole lot of sense, but that’s what you get in a movie where everything seemingly happens for convenience, rather than a solidly laid-out script.

The Clapper is an exercise in patience that rewards viewers with a tacked-on conclusion that does nothing but reinforce the fact that this a film filled with squandered talent and sloppy storytelling.