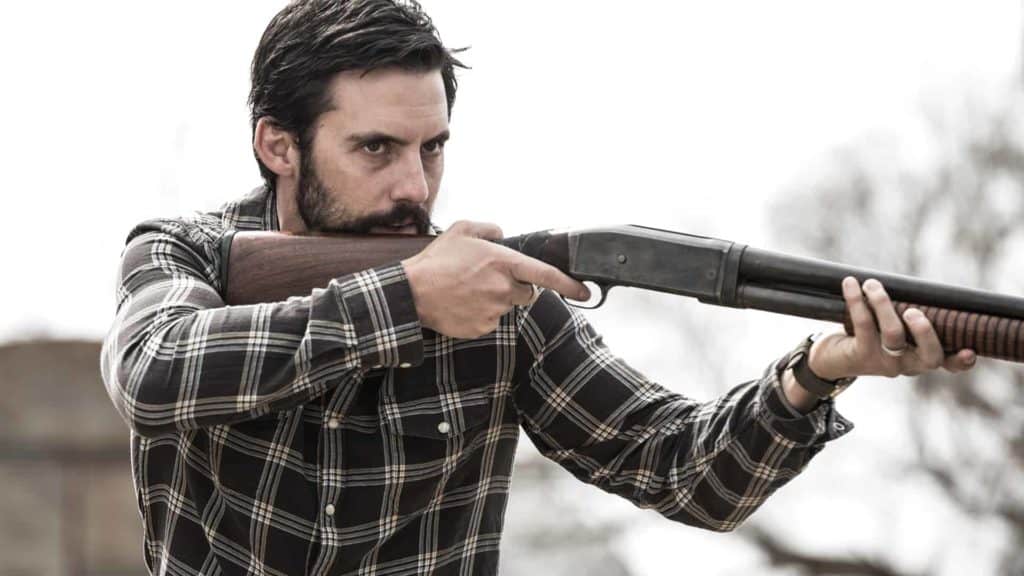 Editor’s Note: This review may contain some light plot spoilers for the film.

While it starts off as an entertaining-enough creature feature, Clay Staub’s directorial debut, Devil’s Gate, begins to lose steam in its second act before crushing itself under its own metaphor in the finale.

The film takes place in the sleepy town of Devil’s Gate, North Dakota, where the disappearance of a mother and son results in the arrival of an FBI agent by the name of Daria, played by Amanda Schull. Aided by one of the local Sheriff’s deputies, played by Shawn Ashmore, the investigation leads them to the husband and father of the missing individuals and his creepy boobytrapped farm.

After questioning the man, who is played by Milo Ventimiglia, it’s discovered that something otherworldly is taking place, and humanity itself could be in danger. At first glance, Ventimiglia’s character of Jackson Pritchard appears to be nothing more than a murderous religious nutjob, but upon the discovery of the slimy creature he has locked up in his basement, it becomes clear these folks are just dealing with a Texas Chainsaw Massacre situation.

While the script isn’t particularly well developed from the onset, it completely falls apart by the end, with the characters delivering silly lines about being part Native American and drawing parallels between what’s happening to them and the Native American genocide. It becomes laughable and makes the movie impossible to take seriously. And while I’m sure this wasn’t the director’s intent, one could draw the conclusion that the entire film is a rallying cry for nationalism, wanting to keep the “human” bloodline pure without diluting it with that of the “aliens.”

Questionable narrative aside, the film did have some solid visuals, using a substantial amount of practical effects with the creatures. The two types of creatures looked equal parts terrifying and gross, especially the white variety that resembled some sort of slimy vampire with large fangs and wings. The ranch itself was also well designed, with bear traps, electrified barbed wire and trip wires littering the property, delivering any poor soul who stops by a very bad day.

Feeling a lot like the recently released, and far more entertaining, The Void, Devil’s Gate simply rehashes a plotline we’ve seen many times before but doesn’t add anything of value to it. Eye-rollingly cheesy dialogue combined with a story that starts off strong but eventually loses momentum combine to create a forgettable sci-fi horror experience that has some solid effects but little else.