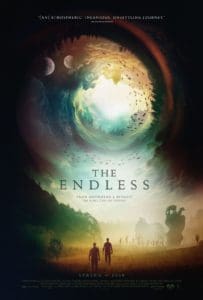 This is a repost of our review from Tribeca 2017, The Endless opens in limited release Friday.

Justin Benson and Aaron Moorhead shot onto my radar after their 2012 debut Resolution ended up being one of my favorite films that year. Their followup, Spring, in 2014 also landed on my Top 10, so it’s no surprise that I was anxiously anticipating their third feature, The Endless, premiering at this year’s Tribeca Film Festival.

Thankfully, I’m happy to report that The Endless is their strongest offering to date and solidifies this duo as a cinematic powerhouse that makes me want to ravenously consume everything they create.

The film stars Benson and Moorhead as Justin and Aaron, brothers and former members of a cult who, after escaping 10 years prior, receive a mysterious tape in the mail beckoning them to come back. Because Aaron was still having trouble adjusting to the real world, the two decide to head back to the compound to hopefully gain some much-needed closure. 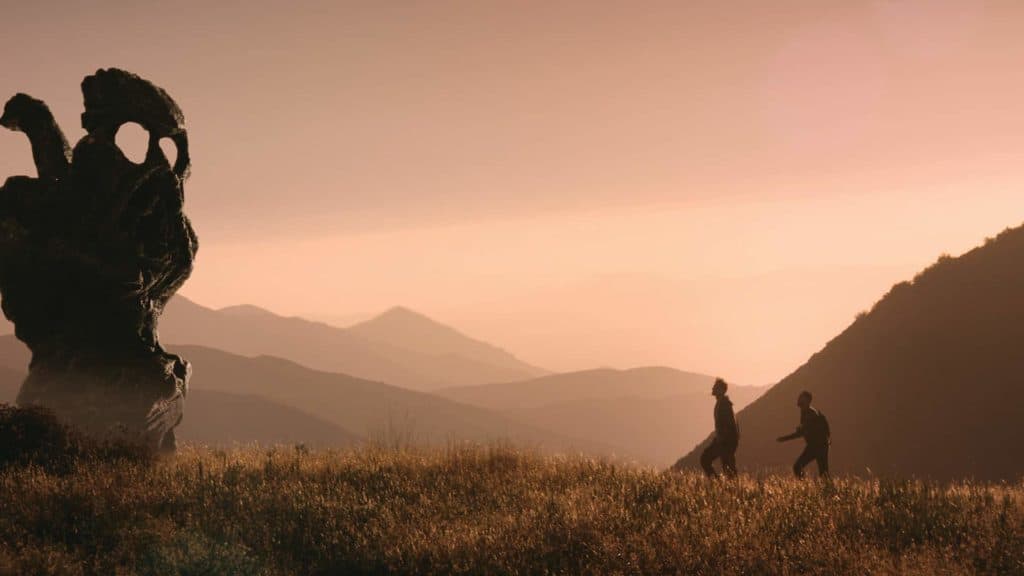 After arriving they discover there’s much more going on there than a bunch of brainwashed cultists brewing craft beer and blasting some Casio tunes by the fire. Aaron is struggling to find his identity while feeling like every decision in his life is dictated by his brother, so the allure of once again being part of a community that supports his creative endeavors – and gives him the stability he craves – causes him to consider staying.

Justin on the other hand, believes the group is indeed a cult and fears that they may perpetrate a mass suicide or ‘ascension’ so he reluctantly agrees to extend their visit by a few extra days in order to protect his brother and attempt to expose them for the charlatans they are. But, like Benson and Moorhead’s previous films, this dynamic is just the foundation for what will become a complex mindfuck that breaks reality into a million equally fascinating pieces that will consistently keep audiences guessing.

In addition to directing and starring, Benson penned the script and Moorhead did the cinematography, so this is their project through and through, and that level of devotion and care is immediately evident on screen. The script is tight, smart and funny, and the filmmakers set the mood from the onset of the film with a Lovecraft quote, followed by an anonymous one that says: “Friends tell each other how they feel with relative frequency. Siblings wait for a more convenient time, like their deathbeds.”

Again, like their previous films, it’s this mash-up of genres that makes The Endless work so well and something that makes their films wholly unique and defiant of categorization.

Visually, the film works within its themes to convey a sense of isolation within the sparse desert surroundings, punctuated by the seemingly endless, mysterious void the night brings. One scene sticks out in particular with a huge overhead shot of Aaron and Justin alone on a small boat out in the middle of an ominous lake that seems to stretch for miles. The effects work, while understated, is extremely effective in adding to the mystery of the location and is impressive to say the least, considering the modest budget of the film. This movie is another testament that one doesn’t need hundreds of millions of dollars to deliver a quality film that contains special effects.

The Endless is a masterfully crafted genre hybrid that solidifies Justin Benson and Aaron Moorhead as two of the most interesting and uniquely voiced directors working today. For God’s sake, watch no trailers and read nothing else about it. Just go in cold and ready yourself for one of the best movie-going experiences of the year.