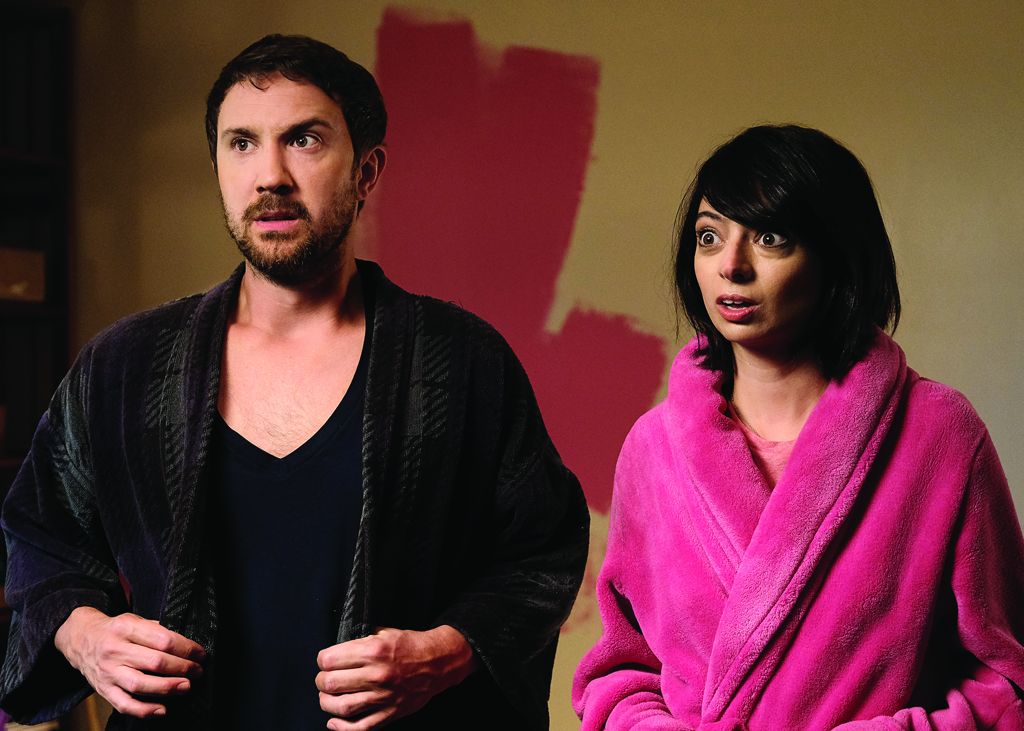 This is a repost of our review from Tribeca 2018. Seven Stages to Achieve Eternal Bliss is available now on VOD platforms.

What would you do if you got a great deal on an apartment in Los Angeles only to find out the reason behind the deep discount in rent was because it was the former home of a suicide cult leader? What if, worse yet, the cult has followers who still decide to leave this mortal coil by breaking in and murdering themselves in your bathtub? Such is the question posed in Vivieno Caldinelli’s Seven Stages to Achieve Eternal Bliss By Passing Through the Gateway Chosen By the Holy Storsh.

Henceforth referred to as Seven Stages for obvious reasons, the film stars Kate Micucci and Sam Huntington as Kate and Paul, a young couple who move to L.A. for a new life after an utterly ludicrous incident drives them from their former home in Ohio. During their first night in their new place, a young man, played by Silicon Valley’s Josh Brener, breaks in and proceeds to slit his own throat in their bathtub.

After calling the police and meeting a weathered detective, played by Dan Harmon, they discover that, by living in this apartment they will, from time to time, have to deal with cultists breaking in and murdering themselves in the bathtub and that there’s little they can do about it.

With Paul being a slacker man-child in arrested development who hasn’t found a job yet — with seemingly little motivation to find one anytime soon — the couple finds themselves in a situation where they can’t afford another place, so they decide to make the best of it and simply deal with the cult’s random intrusions. 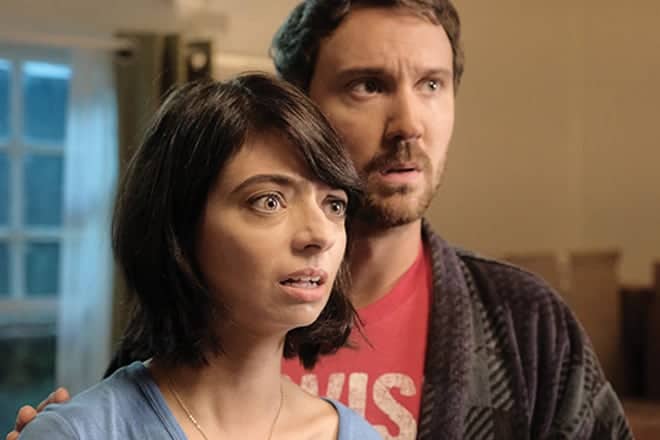 It’s an odd premise to be sure, but one rife with darkly comedic potential, most of which is squandered on a script that doesn’t seem to know where it wants to go. There’s a hefty amount of comedic talent here as well, with Harmon’s character of detective Cartwright and Taika Waititi playing the cult leader, Storsh, being the standouts. But while Micucci and Huntington have good on-screen chemistry and are fantastic comedic actors in their own right, they play two leads who are aggressively annoying and difficult to spend any length of time with.

Naturally, with a title like it has — and I wish they kept the original name, Corpse Tub — one might have an expectation of what they’re in for, a slightly weird ride packed with goofy dream sequences, incomprehensible decisions and a cast of oddball characters, but most of the humor misses the mark, however, with many of these performers feeling underutilized.

The cultists are portrayed by comedic actors, including the likes of Maria Bamford, Brian Posehn, Mark McKinney and, for you Greasy Strangler fans out there, Michael St. Michaels. Dan Harmon provides the bulk of the film’s laughs as the worn-down cop who’s always the one sent out to investigate the deaths as he tries to get his movie script sold. 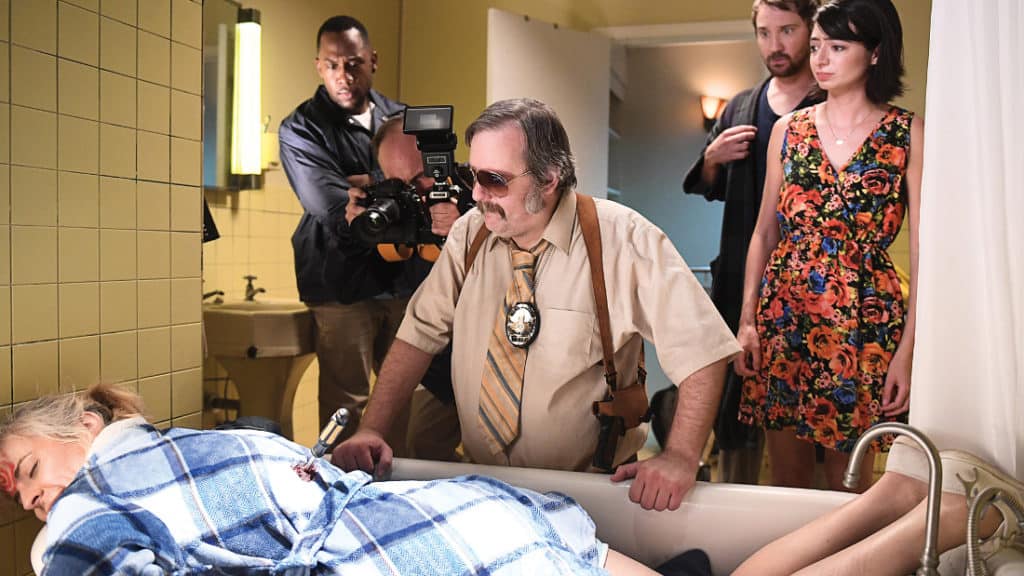 In order to better understand the logic behind the cult, Kate and Paul begin researching Storsh and his teachings and begin to relate with some of the things he preaches, eventually becoming consumed with the man who ended his own life in their bathtub, acting as the catalyst for all the future self-murder that has occurred. Waititi, though only present in internet videos and trippy dream sequences, nails the cult-leader role, and if there’s ever a comedic Charles Manson biopic created, he absolutely must be cast.

Seven Stages  is a film with a great idea on paper that never truly comes to fruition, which starts off silly and intriguing but slowly rolls off the tracks before getting completely lost by the end. It definitely has more than a few laughs, but don’t expect to achieve enlightenment with this one.