This is a repost of our review from Tribeca 2018. Song of Back and Neck opens on VOD platforms tomorrow.

Though he’s arguably best known for his character Toby on The Office, Paul Lieberstein has had a successful career behind the camera, working as a writer, producer and director on a number of TV comedies, including the delightful mockumentary that brought his dry humor to the spotlight. Now, Lieberstein has set his sights on the big screen -writing, directing, producing and starring in the romantic comedy Song of Back and Neck.

Reminiscent of his role as Toby, Liebstein plays Fred Trolleycar, a melancholic paralegal beaten down by his oppressive job situation and chronic back and neck pain that, at times, renders him completely unable to remain upright. 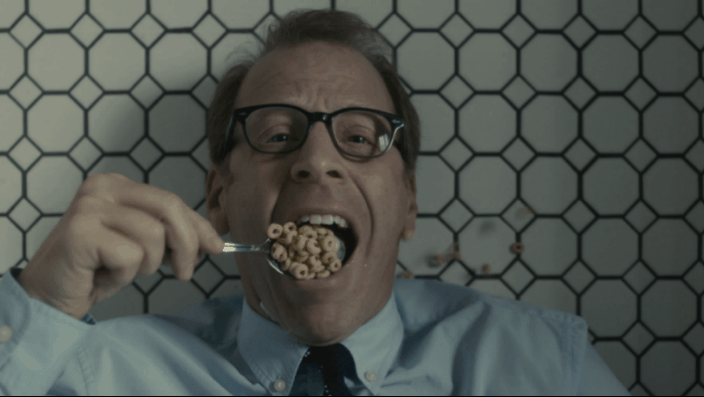 After his orthopedist, played hilariously by Paul Feig, tells him there’s nothing that can be done about his multiple back and neck injuries, Fred reluctantly agrees to see an acupuncturist on the recommendation of his firm’s new client, Regan, played by Rosemarie DeWitt, who is beginning the process of divorcing her absentee husband. There’s a noticeable spark between the two. After visiting the acupuncturist, Fred discovers that not only does it help alleviate the pain but, as an odd side effect, the needles produce a melodic hum when pushed into his back.

Fred goes to Regan’s home to thank her for recommending the therapy to him, and after bonding over their shared back and neck ailments, the two begin a relationship. But Fred’s mounting stresses will require more than needles to overcome.

Song of Back and Neck is a competent and slight romantic comedy, containing a solid number of laughs, mostly of the awkward variety, and a decent amount of heart packed into an ultimately forgettable narrative. We feel for Fred, an inherently likable underdog, and we want him to succeed; although this may not follow the exact trappings of the rom-com formula, it doesn’t deviate too far from it either. 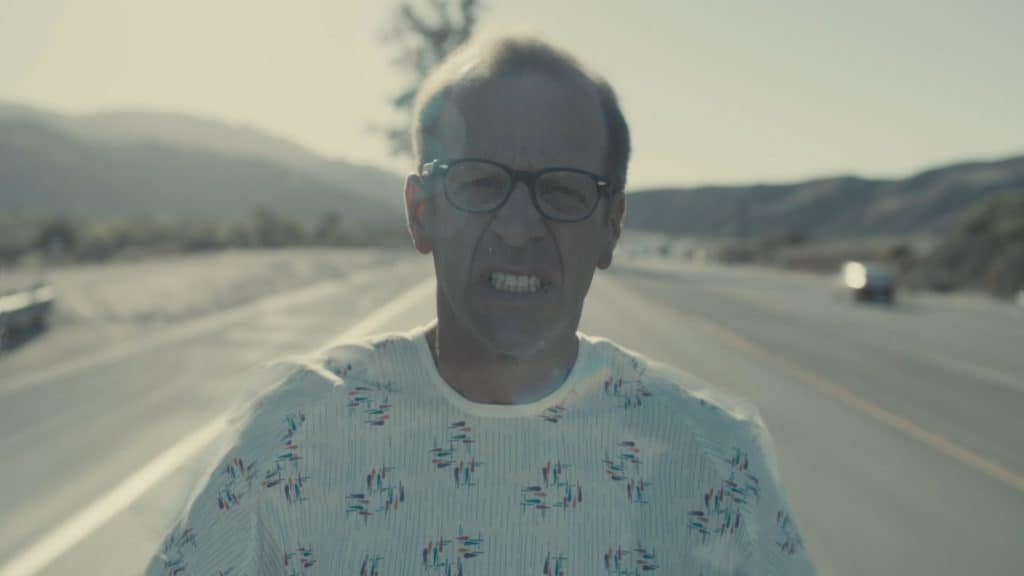 Liebstein and his lead character don’t seem like they would necessarily work on paper, but the smart script consistently puts him in funny, uncomfortable positions that keep the film’s energy up despite the character’s energy being so low. DeWitt is also wonderful, but the arc of her character is a bit lackluster, demanding a bit more from her character.

Song of Back and Neck would make for a perfect Netflix Original. It’s an inoffensive, slightly heartwarming comedy with a few recognizable names and a universally relatable plot about the stresses in our lives. Unfortunately, it’s also a fairly bland and forgettable affair, also perfect for Netflix viewing.