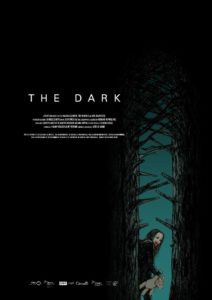 This is a repost of our review from Tribeca 2018. The Dark opens in limited release and on VOD platforms Friday.

Justin P. Lange’s The Dark tells a somber tale of abuse and healing through the relationships we form and the support systems we allow ourselves to have, by introducing us to two teens who come together through separate traumas they’ve each endured.

The film opens with a man frantically trying to get directions to a place called Devil’s Den from a rural gas station, and, just as he’s about to leave, we see a TV news bulletin showing this man as a wanted fugitive, sparking him to kill the attendant before speeding off. Entering Devil’s Den, the man’s tire blows out, resulting from what appears to be homemade road spikes, and he seeks shelter in a nearby abandoned house. Except, this house isn’t abandoned, and it’s inhabitant doesn’t like his presence.

Mina, played by Nadia Alexander, is an undead ghoul roaming the forest for food, trapping and devouring those unfortunate enough to pass through, and this man proves to be her next victim. It turns out that this man wasn’t traveling alone; he was transporting a young boy named Alex (Toby Nichols), who he had previously kidnapped and blinded.

The two are initially guarded – with Alex thoroughly brainwashed and convinced that his captor will return and punish him and with Mina believing her ghoulish persona can never truly form positive human contact again. But as she helps Alex flee from the authorities who are looking to rescue him, the two begin to bond, changing both of them in ways they couldn’t imagine. 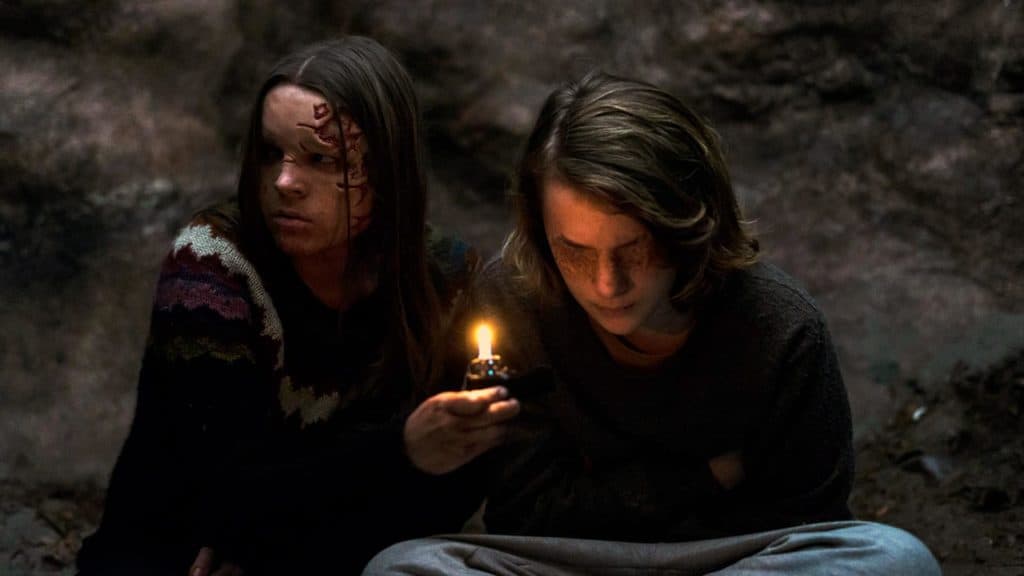 Although the limited communication between the two initially begins to dull the film, Lange recovers by further developing Mina’s backstory through flashbacks and using her monsterous form as a metaphor for her broken soul after the horrific events that befell her.

The horror elements are sparse yet effective, occasionally reminding us that Mina is very much a zombie with the need to consume human flesh. The makeup work on both Alexander and Nichols is excellent, especially as Mina’s body begins to go through a subtle transition. The prosthetics work to give her the sunken in eyes is particularly well done.

The Dark is a disturbing, yet oddly touching, feature debut from Justin P. Lange, and while it comes dangerously close to becoming dull at a few spots, it never completely loses its connection with the audience and deftly delivers a tragic, hopeful story about the resilience of human beings and the healing power of the positive connections we have to one another.