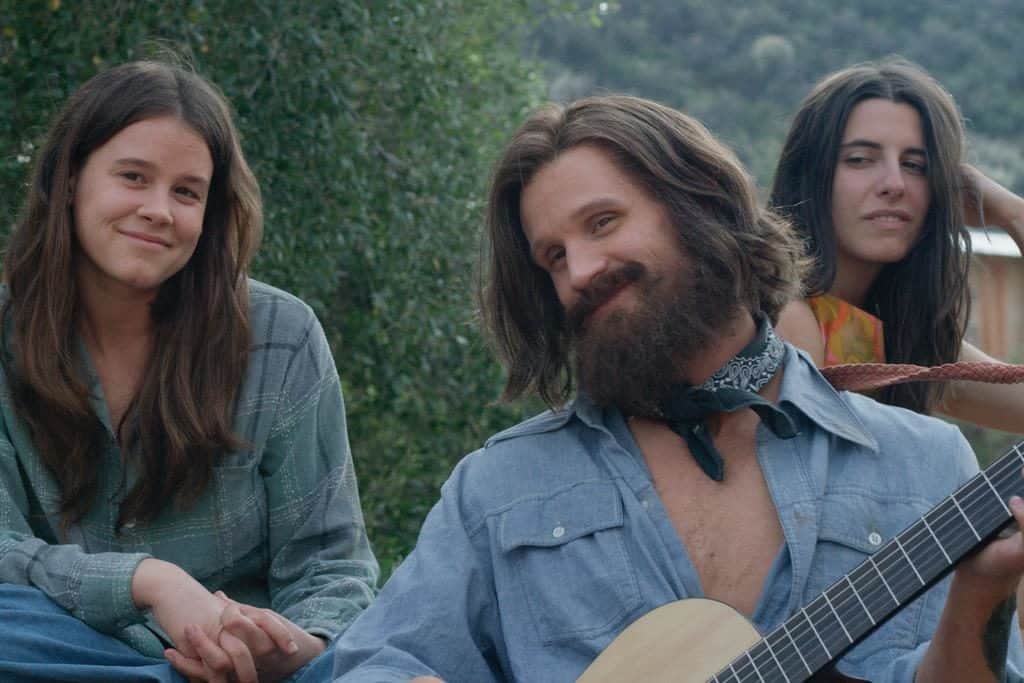 This is a repost of our review from Tribeca 2019, Charlie Says opens in theaters and on VOD platforms Friday.

The phrase “Charlie says” is an intense fixture of Guinevere Turner’s script for Mary Harron’s latest film in a career intensely fascinated by revisionist biopics of “misunderstood” women in the public eye. Joining the ranks of Anna Nicole Smith, Bettie Page and Valerie Solanas in Harron’s oeuvre are the Manson Girls, whose Pavlovian refrain of “Charlie Says” in nearly all their dialogue is meant to imply the deep, psychological hold that their whacked-out leader had over them.

The film follows the incarceration and rehabilitation of former Manson Family members Leslie Van Houten, Patricia Krenwinkel and Susan Atkins as they begin the long and arduous road to renouncing their former messiah, spending their days behind bars reminiscing of the good times back on the ranch before their hippie lifestyle of sex, drugs and music turned to radical acts of violence. Harron’s film follows their journey to personal absolvement under the guidance of prison careworker Karlene Faith, and – while it’s a provocative perspective – Harron’s execution amounts to a bland retelling of the Manson story, which unjustly sanitizes the more unpleasant details. 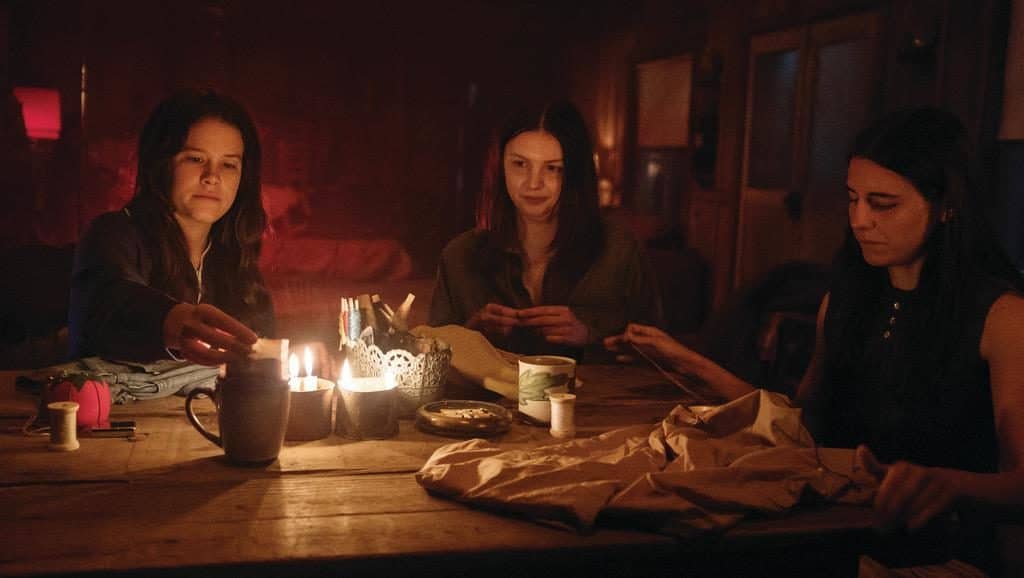 The film is structured around Faith (Merritt Wever) coaxing the three women to recall their life with Charles “Charlie” Manson in an effort to break what we are led to believe is an intensive brainwashing to which they were subjected. Much of its plot is told through the rose-tinted memories of new recruit, Leslie (Hannah Murray), who settles into the free-love atmosphere of Spahn Ranch as if it were a paradise on Earth.

While never getting into the machinations of their intensive brainwashing or how so many nubile teens grafted themselves to a failed musician who rambled about The Beatles with a head full of LSD, the film makes the critical mistake of being a little too even handed with its subjects. So favorably are these experiences with Manson (Matt Smith, doing a spot-on impersonation of the acid-washed “guru”) portrayed on the ranch that not only are the documented horrors of their actions irresponsibly excised from the script but it also appears the intention was to also absolve Leslie, Susan and Patricia of their responsibility. 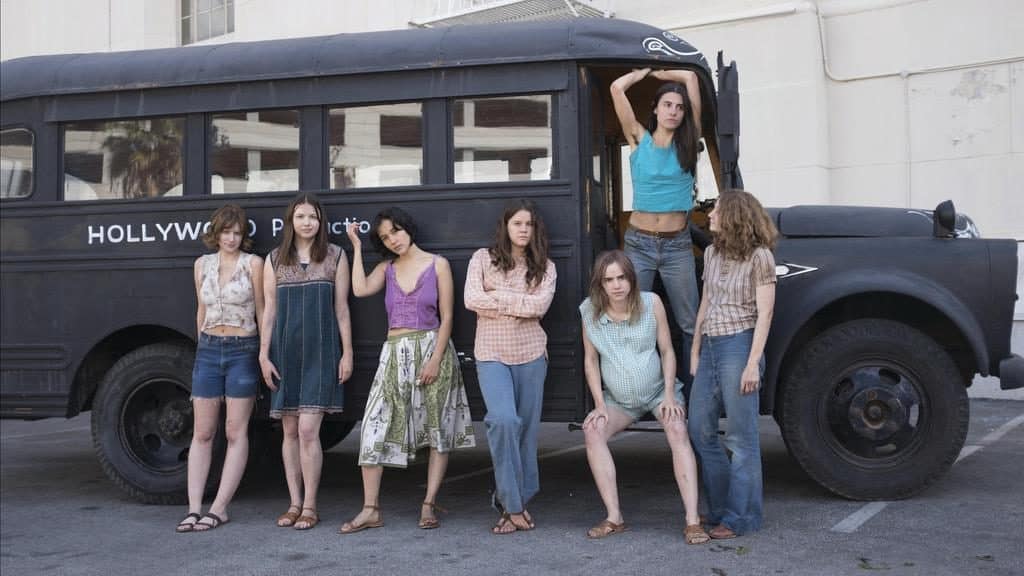 Although there is a fascinating story premise wherein these three share a row of cells – each growing to contemplate the truth behind their dear leader’s ramblings, knowing full well it would have no effect on their sentences – the follow-through does not live out to the promised emotional weight of this struggle. The programming (whatever it was) is too strongly emphasized, despite Smith’s performance only coming off as charmingly charismatic cowboy, rather than a messiah who could inspire a race war, and the life on Spahn being shown as nothing more than a poor hippie commune scraping by.

That the women were so deeply programmed by this environment that they could take the lives of seven strangers doesn’t come across through Turner and Harron’s sanguine, uncritical treatment of the Manson Family. More effort could have been placed in showing the lengths of Manson’s evil, manipulation and savagery, and it is surprising this needs to be said about a filmmaker who brought us American Psycho. 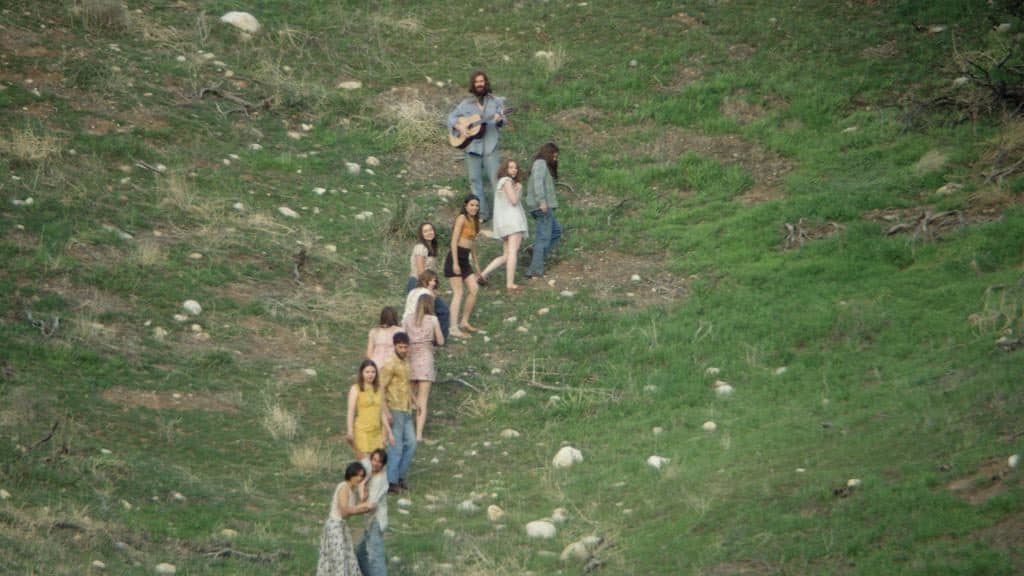 I respect the intent of the film to document three devotees reclaiming their agency and breaking their programming, but the effect skews too far into the category of formulaic redemption arc without the added work of showing them grappling with their crimes. It was probably wise of the film to focus on Leslie as its protagonist who (technically) did not commit any of the Manson murders and was just there when two of them happened, but this feels like a cop out in order for the film to fit snugly into an uncomplicated tale of self-forgiveness.

Harron and Turner seemingly want audience sympathy so much so that much of the unpleasant details are kept out of the picture, and this really hurts the film overall. What could have been a gritty, ugly confrontation between the fantasies Charlie spun and the reality of their actions never materializes.

Charlie Says is a softened take on the Manson Family that, if it weren’t for the liberal nudity and profanity, could have probably qualified for a PG rating, which I doubt most people want from a Charles Manson film. While certain main-cast performances can keep you engaged (Matt Smith especially), the bland, problematic narrative and washed-out digital photography render the whole experience a missed opportunity. Though admirable to want to tell the Manson Girls story, only telling the favorable parts does them (and this film) no favors.