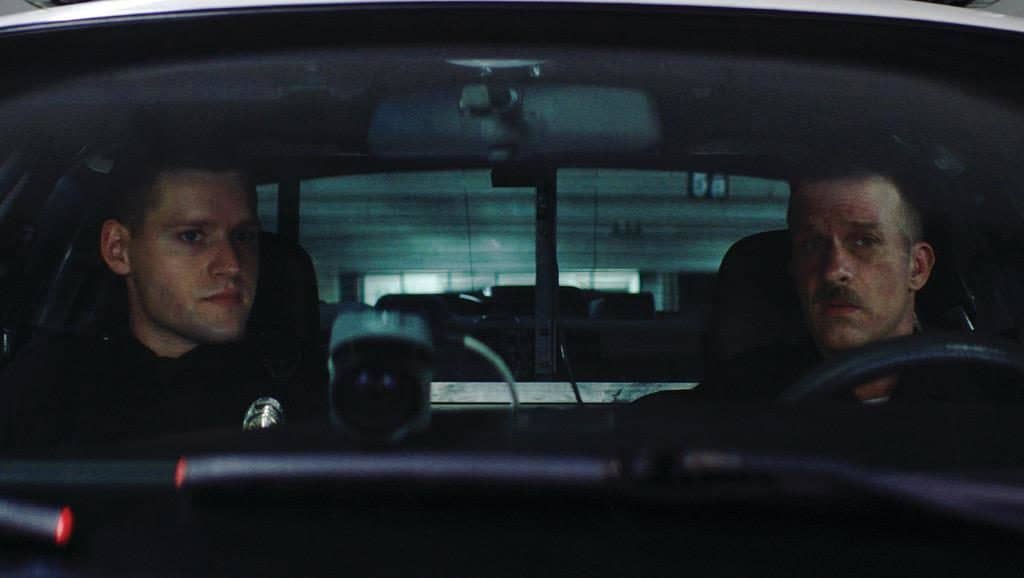 This is a repost of our review from Tribeca 2019, Crown Vic opens in New York Friday. It will be on VOD platforms November 15th.

Set over the course of one difficult night shift, Joel Souza presents a no-frills, down-and-dirty look at the often thankless and treacherous career of a beat cop in his gritty thriller; Crown Vic.

Luke Kleintank plays Nick, a rookie cop beginning his first shift at a new precinct in L.A. with the grizzled Ray, played by a mustachioed Thomas Jane, assigned to accompany him. Ray and Nick are polar opposites, perhaps something of a before-and-after picture of what 25 years on the force will do to a person. Nick is a by-the-book dogooder regularly checking in on his pregnant wife, and Ray is a divorced pessimist with a grim worldview and a predilection for bending the rules.

The film gets its title from the iconic police cruiser, a Ford Crown Victoria, that the two are riding in for most of the film  but also acts as a symbol for Ray’s increasing irrelevance in a world where the crown vic is being phased out and body cams, riot gear and the militarization of the police force is becoming the norm. Souza accurately displays the evolution of modern cop without becoming overly political. 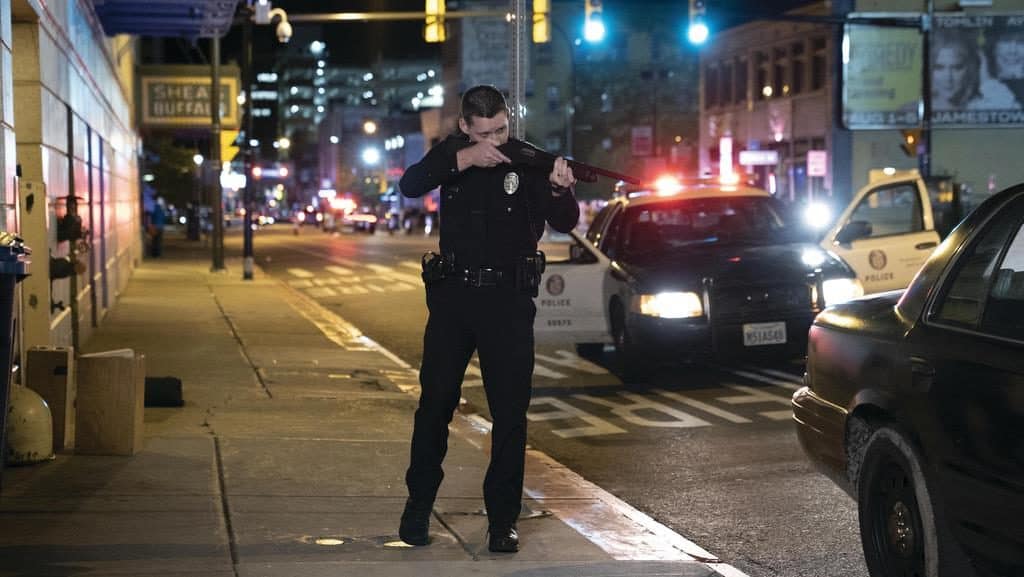 Crown Vic is styled asa procedural, with the two men responding to all manner of calls, ranging from robberies to domestic disturbances to car fires, but two separate throughlines periodically creep into the narrative. One involves a series of robbery-homicides in which the perps grow ever closer to Ray and Nick’s beat, and the other involves a young girl Ray is looking after who has been kidnapped by a nasty group of drug dealers.

These plot elements are interesting and lead to a satisfying conclusion, but it’s the segmented call sequences that fill in the connective tissue of the film in such a highly entertaining way. Like a pulpy episode of a TV show, we never know what crazy situation these two will have to contend with next, but unlike most television, everything is kept grounded and the realism is palpable.

Another, perhaps more unnecessary, throughline is the presence of another detective in their patrol area whose constant misconduct and increasingly erratic behavior as the night moves on results in the necessary intervention of Ray and Nick. This character, though well performed by Josh Hopkins, is abrasive to the point of cartoonish villany. While it’s certainly important to shed light on the fact that not all cops are good people, the scenes featuring this over-the-top monster detracted from the realistic “day in the life” vibe the film is aiming for. 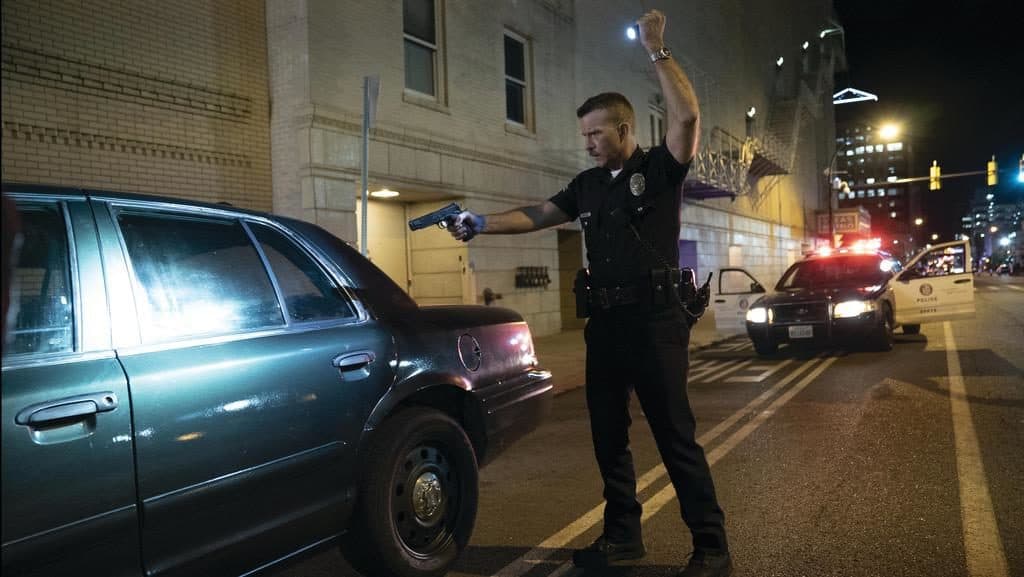 Souza strikes a good balance between exciting action and droll patrolling, with much of the film involving Ray imparting his nihistic wisdom to Nick as they drive around, waiting for the next call. These remind me of similar components in S. Craig Zahler’s Dragged Across Concrete, released earlier this year, in which the same emphasis was placed on the time spent inside the patrol car as much as out of it.

Visually, the film looks excellent, mostly keeping the camera in close proximity to the Crown Vic but still showcasing the nighttime goings on in Los Angeles. The music selection, on the other hand, is a bit of a mixed bag with songs never quite complementing the scene in which they’re used.

More than just a Training Day clone, Crown Vic is an at-times-thrilling police story that acutely conveys both the physical and emotional turmoil police officers must contend with every night that they take out that squad car.