A new poster and clip has been released for Emily Cohn‘s comedy CRSHD, which is premiering at this year’s Tribeca Film Festival. The film stars Isabelle Barbier, Deeksha Ketkar, Sadie Scott, Will Janowitz, L.H. González, and Abdul Seidu.

CRSHD will have its world premiere tomorrow night (4/30) at Tribeca.

End-of-the-year celebrations are underway at a small liberal arts college in Ohio. The night’s main event? A CRUSH PARTY. The rules? Submit your crush and they get an invite. Or if you’re “crushed,” you also get an invite. Self-conscious freshman IZZY ALDEN is still a virgin and the crush party is her last chance to do something about it before summer break. ANUKA and FIONA, Izzy’s two best friends, help Izzy on her mission to “bone” as they each pursue romantic interests of their own. Anuka, annoyed with her boyfriend, crushes a senior meme lord while Fiona crushes a hot liberal arts lesbian. In typical millennial style, social media plays mediator and the girls chase their crushes in real life and online. But Izzy’s moral compass skews as the night progresses and her quest to have sex with her crush on his twin-XL bed might cost Izzy the friendships she cares about most. Even so, by the next morning, it seems some of Izzy’s mistakes happened “for a reason” and maybe the right person has been in front of her all along. 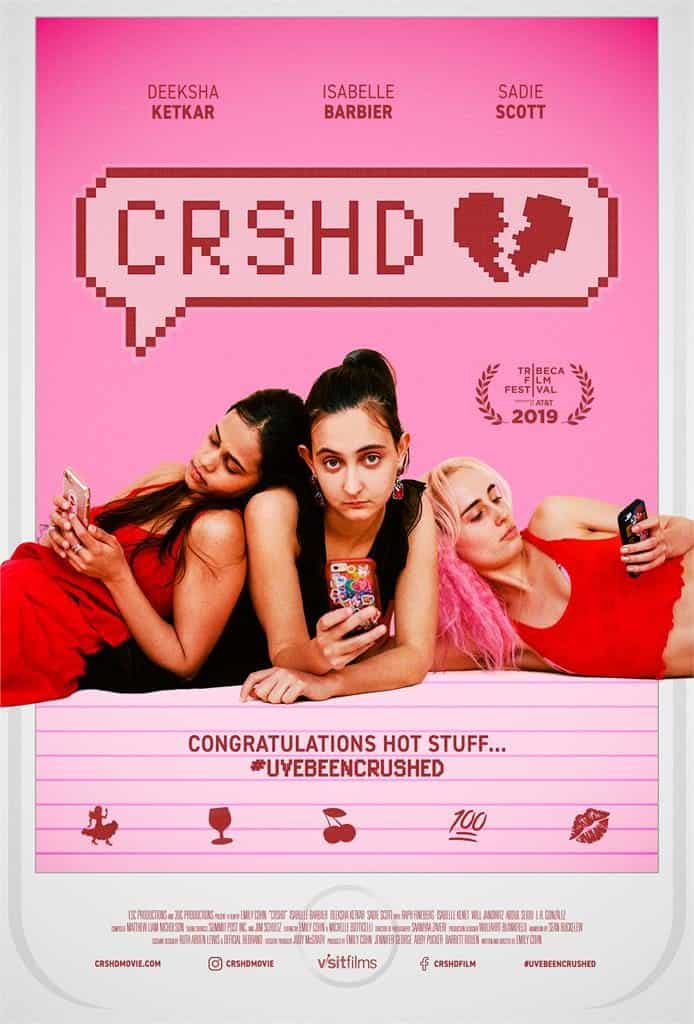