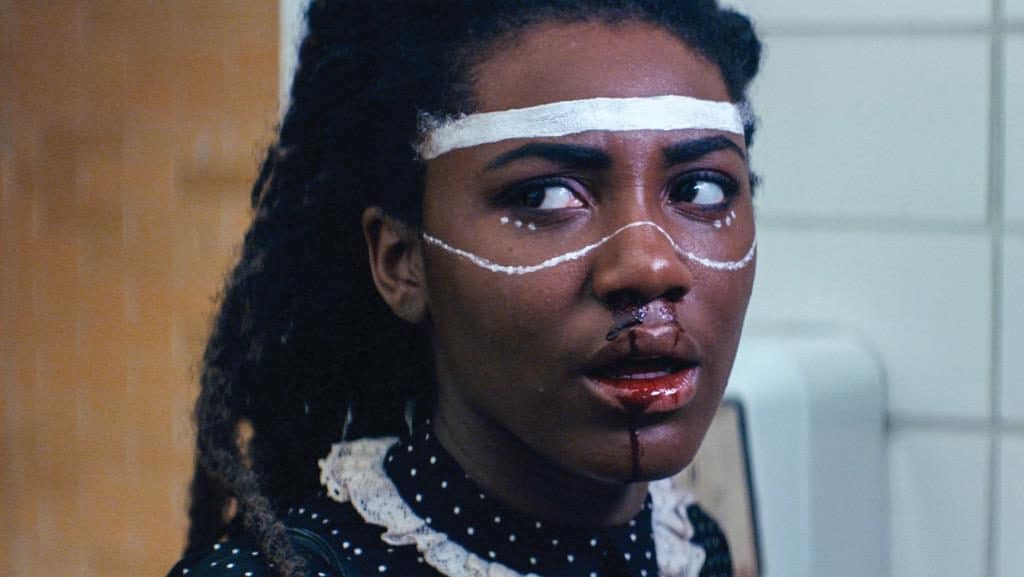 This is a repost of our review from Tribeca 2019. Knives and Skin opens in theaters and on VOD platforms Friday, December 6th.

The film opens with the disappearance of Carolyn, a high school girl who is left alone and injured near a ravine after her date attempts to force himself on her. The subsequent ripple effects of her disappearance permeate through everyone in the town, not the least of whom are three friends named Afra, April and Joanna.

As the young women navigate the already tricky waters of adolescence, they must also grapple with their missing classmate and consoling their teacher and mother of Carolyn, Mrs. Harper (Marika Engelhardt), a woman who is rapidly approaching a nervous breakdown. Crushes, troubles at home, friendship conflicts – it’s all here but not presented in the clean-cut high school story framework we’re all used to; everything is slightly twisted, off kilter and disjointed. 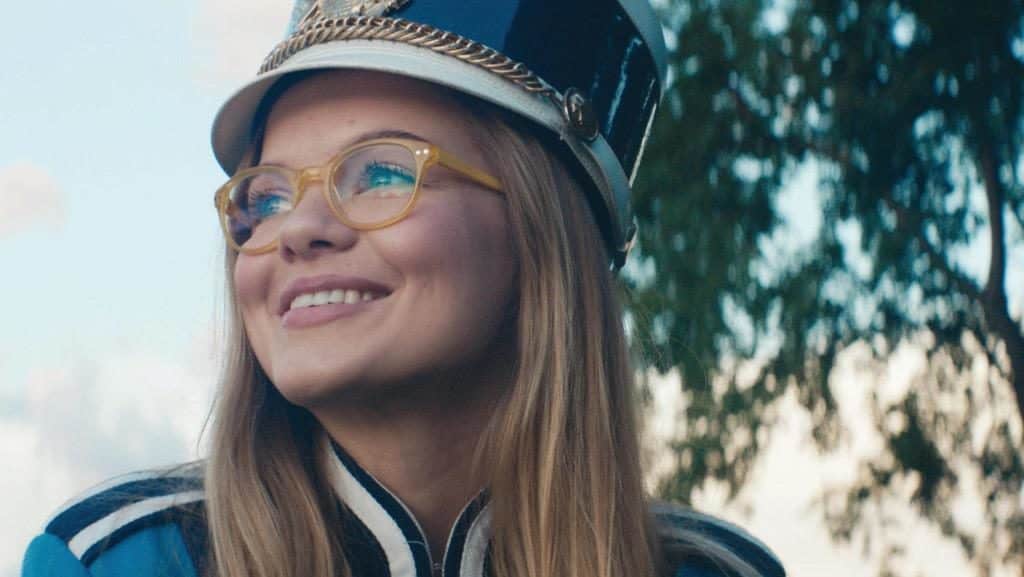 Reeder blends noir with fantasy, never shying away from the surreal. While the bulk of the film is grounded in reality, she throws in splashes of exquisite creativity and surrealism, ensuring that the audience knows this is pure storytelling and avoiding the trappings of realism. It’s not always a formula that works, but it can make for a film that consistently keeps you on your toes, never quite sure where it’s going next.

The performances are stilted and cold with bursts of emotional outpourings, seemingly deliberately so, again a similarity to Twin Peaks. Everyone seems just a bit off, save for perhaps the three central characters, although they have their share of eccentricities as well. They appear joyously nihilistic at times, only occasionally letting their guard down to expose any real emotion.

The exaggerated, yet beautifully crafted, makeup and costuming compliments the neon-lit sets, exposing a twisted interpretation of the American suburbs, complete with periodic musical interludes that feature acapella versions of popular songs, such as (a surprisingly stirring rendition of) Cyndi Lauper’s Girls Just Wanna Have Fun.

Knives and Skins contains some interesting ideas and a hefty amount of creative visual flourishes, but its ho-hum narrative and slew of characters with little to say prevent the film from carrying much lasting power. Reeder has developed a unique vision with Knives and Skin; it’s just a bit cloudy.