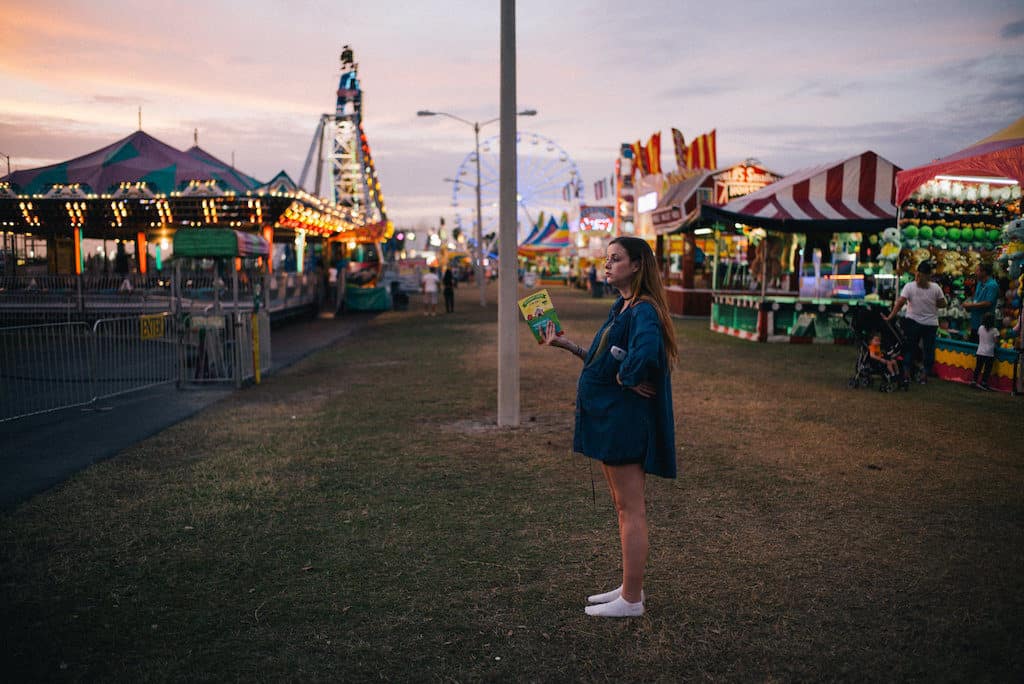 This is a repost of our review from Tribeca 2019. Red, White & Wasted opens on VOD platforms Friday.

There were a few of my classmates in high school who would occasionally roll up to the parking lot on school grounds in oversized trucks that were caked in mud, lining up next to each other and positioning their vehicles in such a way that all the other students would see their handiwork. I never quite understood the appeal of mudding; I mean, it just seems like needless work to get all the mud off. For that reason, I was hoping Andrei Bowden-Schwartz and Sam B. Jones’ documentary, Red, White & Wasted, would shed some light on this subculture and enlighten me as to what makes mudding a popular pastime.

This slice-of-life doc follows Matthew “Video Pat” Burns, an aging party animal and mudding enthusiast who lives on the outskirts of Orlando, trying to make ends meet by collecting scrap from the theme parks and taking care of his two daughters. His favorite mudding spot, Swamp Ghost, was recently shut down by the law, and after decades of parties and celebrations at the swampy mud puddle, there’s a sizable hole left in Matthew’s heart. 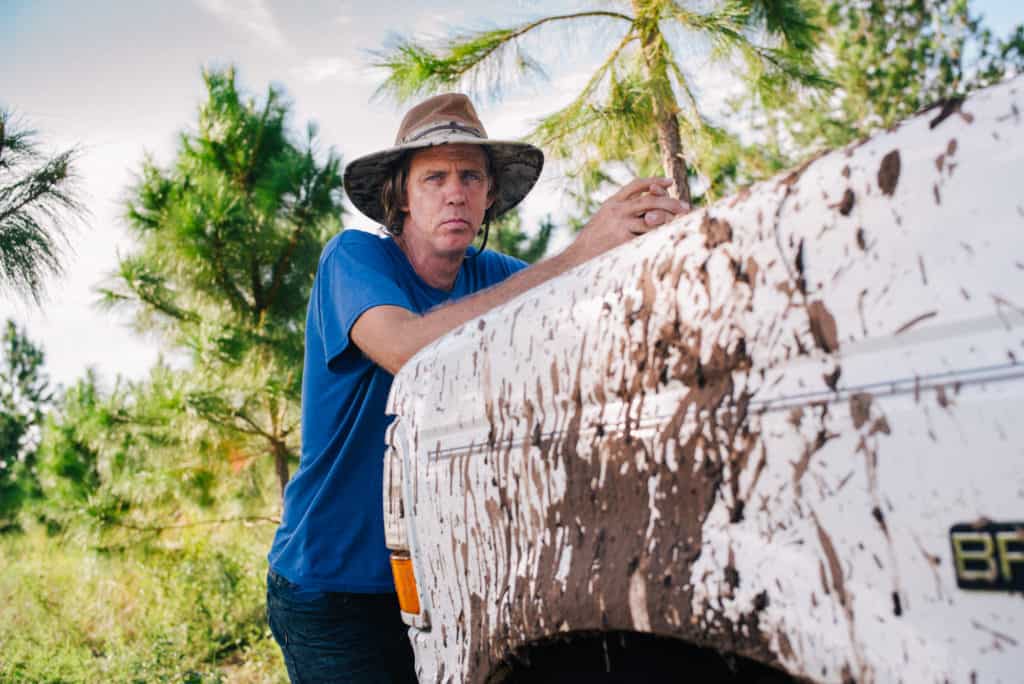 The filmmakers take a backseat approach for the most part, following the trials and tribulations of Matthew and his girls, one of whom learns she’s pregnant, and this is where the appeal of the film lies. The filmmakers do get involved, however, in on-the-street-style interviews with the Burns family and other mudding fans throughout the film, but in lieu of keeping on task with discussions of mudding and redneck culture, Jones and Bowden-Schwartz frequently dive into political topics and issues of race.

It’s clear that the subjects are staunch Trump supporters, which will no doubt be off putting to many viewers, and they also casually drop racial slurs at an even clip throughout their daily exchanges with one another, making empathizing with them especially difficult. 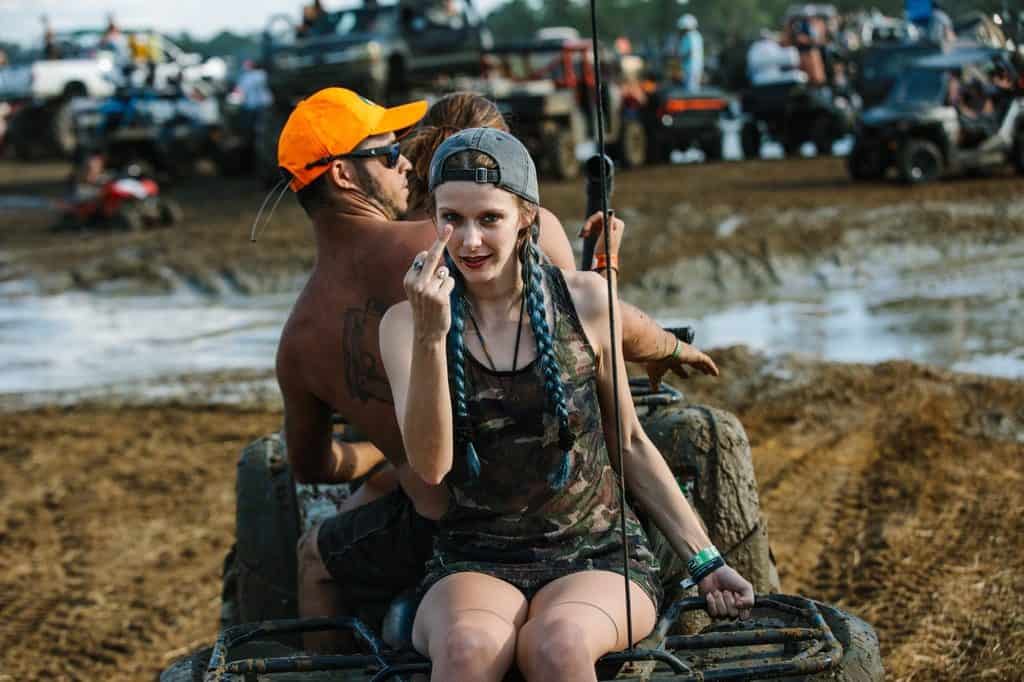 This doesn’t make much of a case for seeing mudding as a reputable hobby. There are indeed tricked-out trucks and plenty of mud, but the main draw appears to be the mardi-gras-like partying that takes place. Imagine The Gathering of the Juggalos with less Faygo and (slightly) more dirt.

Matthew, is an old-school guy though. He hasn’t left his town in decades, and the idea of an organized venue for mudding doesn’t appeal to him. But after attempting to visit Swamp Ghost one more time and being kicked out, he decides to make the trek out to the Yacht Club, but will it be the new Swamp Ghost, or just a commercialized imitation? 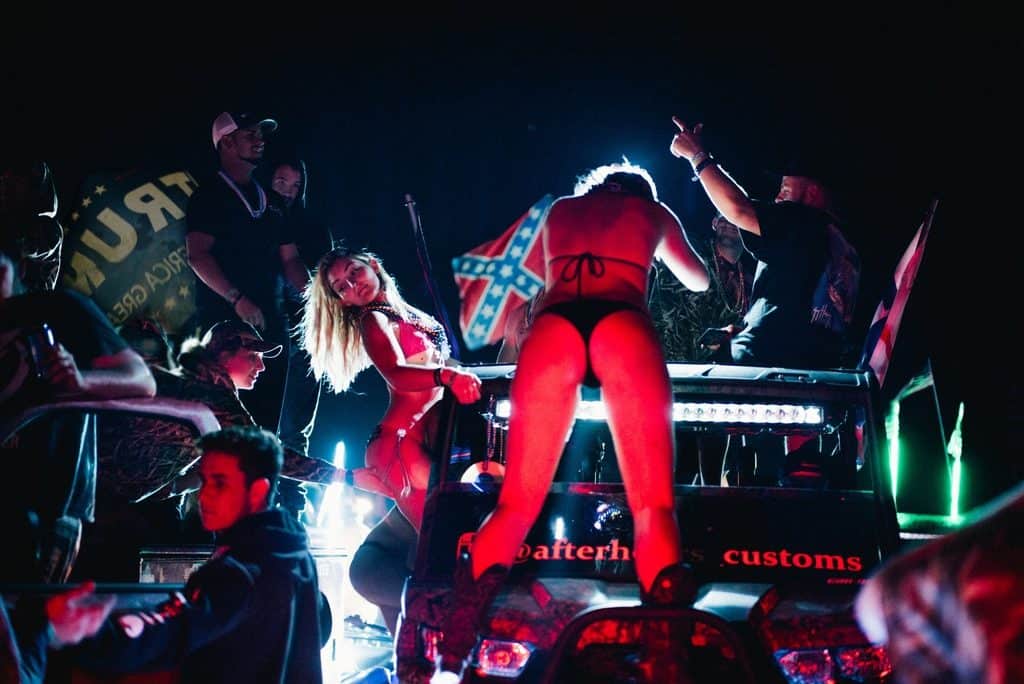 By the end of the film, preconceived notions that many have about this hobby are seemingly reaffirmed: that it is just a bunch of beer-swilling rednecks gathering around a vast expanse of mud and running their trucks through it for no discernible purpose. The main draw for these events appears to be the camaraderie with like-minded individuals who want to get drunk (and maybe see/show some tits).

The directors previously made a short documentary about the Redneck Yacht Club and its denizens, but in incorporating both the story of the Burns family and attempting to deep dive into mudding culture as a whole, Red, White & Wasted feels unfocused, with the title itself seeming to be more of a damning criticism of its subjects than an observational look at a niche hobby.

Red, White & Wasted remains an entertaining and, dare I say, fascinating look into this world that many of us simply aren’t a part of, and therein lies the need for slice-of life-documentaries like this. It may be almost as messy as the trucks heading back from the Yacht Club, but movies like this are a gateway into the nooks and crannies of our country and serve as a sociological time capsule of this time and place.