This is a repost of our review from Tribeca 2019 when this film was titled Something Else. It opens on VOD platforms Friday.

Directed by Jeremy Gardner (The Battery) and Christian Stella (Tex Montana Will Survive!) and produced by Justin Benson and Aaron Moorhead (Spring, The Endless), After Midnight may be billed as a monster movie, but, similar to this trio’s previous respective efforts, this is a slow-burn film that puts character development at the forefront and only lightly dabbles in genre territory. It’s a tricky thing, but it works, due to its compelling narrative and effective use of creature effects, sparse as they may be.

Gardner also stars as Hank, a gun-toting, beer-swilling guy who enjoys the simple life, living in his family’s ramshackle home in the middle of nowhere in Central Florida. While he’s content in this current station in life, his partner, Abby (Brea Grant), longs for something bigger than their small town has to offer.

After she leaves a cryptic note and disappears, Hank becomes a shell of a man, plagued with misery and longing for his girlfriend of 10 years to return. To make matters worse, a monster has appeared on his property and is attempting to break into his house every night after sundown, making the loneliness and regret he’s feeling that much worse. To divulge any more plot details would be giving far too much away, but in order to service the film, I’ll say there’s more to this monster than what audiences may expect. 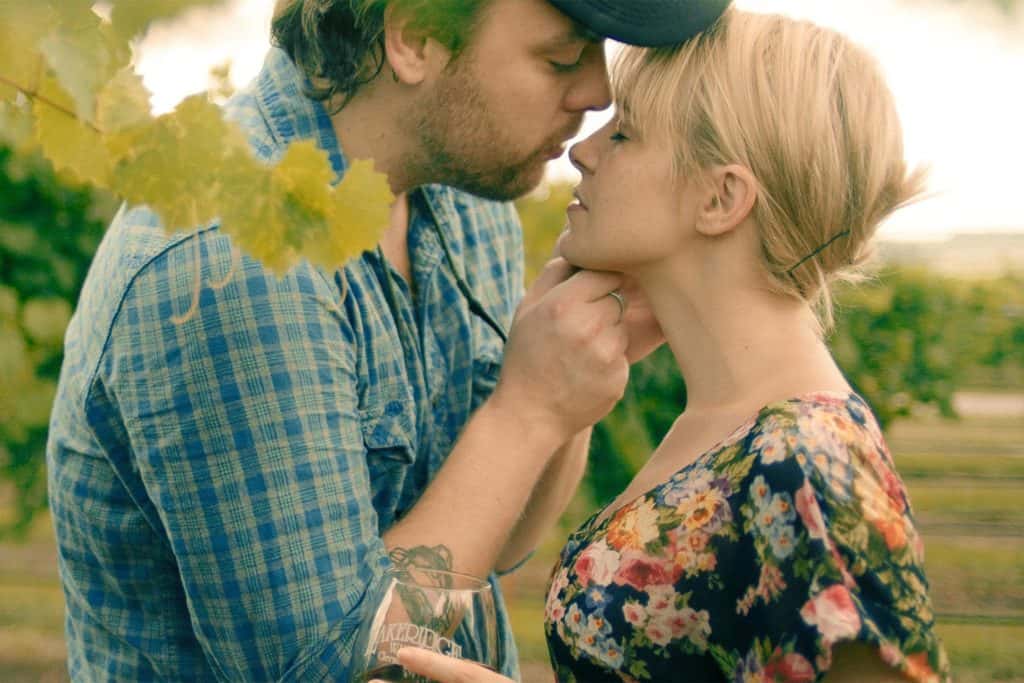 Scenes linger on longer than they feel like they should, but the pacing is deliberate; like The Battery before it, the story plants the focus squarely on the characters, using their development to propel the narrative, rather than the supernatural elements, which ultimately feel like a tertiary conflict to the real story that’s unfolding. This is not so much a monster movie as it is about a man grappling with the impending loss of a relationship and his reluctance to change and compromise even when the opportunity to save said relationship is presented.

The chemistry between Gardner and Grant is palpable, and through intermittent flashbacks we see the love their characters once had. The film never explicitly shows any one event that made the relationship go south, but, as is often the case in real life, it was a slow buildup of multiple things, eventually resulting in Abby leaving Hank alone in the house with his thoughts and the eventual appearance of the monster.

These flashbacks are a bit too numerous and grow stale after the first few but do well in expressing the melancholy Hank is feeling, despite the film not doing much to help us sympathize with him. After Midnight is not solely a depressing relationship drama, though, and the script is kept lively and often very funny, with Henry Zebrowski lending his comedic talents to punch up the levity as Hank’s best friend Wade. Despite everyone around Hank believing he’s having a mental breakdown and that the monster is nothing more than a delusion, Wade supports his friend but is still decidedly skeptical.

When we do get to see the monster (albeit only visible in a few scenes), it is an excellent design that’s creepy, expertly articulated and accentuated by solid effects work. The lack of consistent action involving the monster will, no doubt, alienate many audiences, but, as a fan of slow-burn horror, I appreciated the steady buildup to the violent climax.

After Midnight is an effective genre blend that will no doubt divide audiences with its focus on the relationship drama over the horror elements, but despite the overabundant hipster vibes and slow pacing, it’s an intriguing film with a few surprises and a handful of solid performances that ultimately delivers a satisfying conclusion.