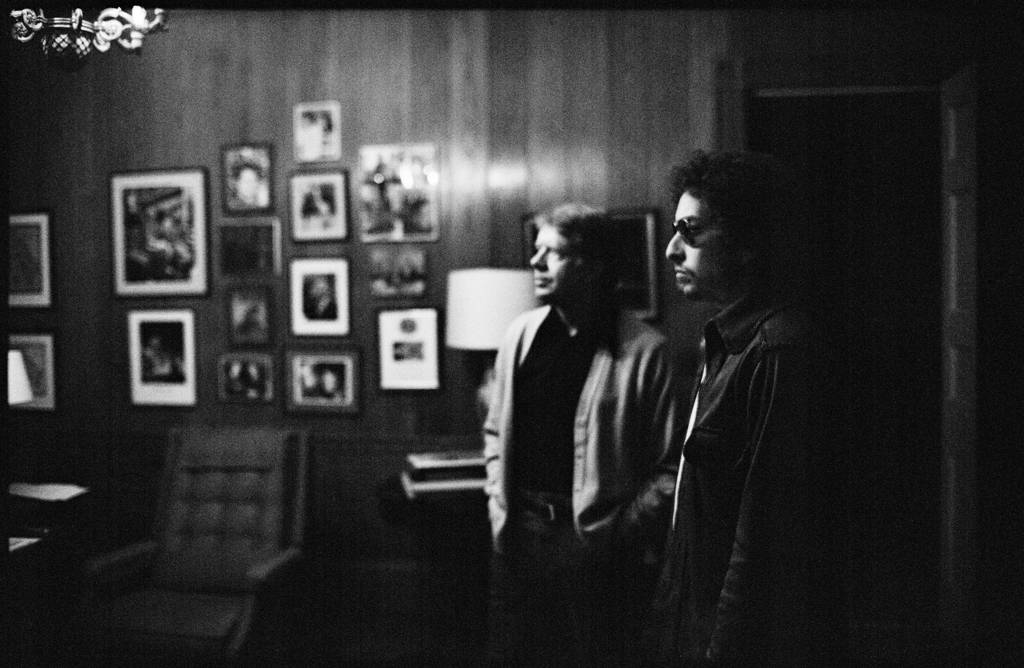 Appropriately announced on President’s Day, Tribeca has announced the opening film for this year’s festival will be Jimmy Carter Rock & Roll President, a documentary that takes a look at how music helped Jimmy Carter earn his spot in the White House. The film is directed by Mary Wharton and will be premiering April 15th.

Take a look at the release below along with a clip from the doc, and for more on Tribeca, head over to the official site at TribecaFilm.com.

NEW YORK, NY – February 17, 2020 – The Tribeca Film Festival, presented by AT&T, will open its 19th edition on April 15 with the world premiere of Jimmy Carter Rock & Roll President. It will set the stage for a festival featuring works that celebrate the power of change through art, politics and community. The 2020 Tribeca Film Festival will run April 15-26.
From award-winning director Mary Wharton, producer Chris Farrell and writer Bill Flanagan, the documentary catalogues the role of popular music in helping to propel a peanut farmer from Georgia all the way to the White House.
The world premiere of Jimmy Carter Rock & Roll President will be followed by live performances from music legend Willie Nelson, Musical Director Paul Shaffer, and others. The event will take place at the Beacon Theatre as part of the City National Bank Screening Series during the Festival.
This rockumentary-style presidential portrait shows how Jimmy Carter’s lifelong passion for music gave him an unexpected edge as a presidential candidate. Through folk, soul, gospel, jazz, and rock ‘n’ roll, Carter tapped into a force that transcended racial and generational divides, and often party lines. Carter’s appreciation for all genres of music and friendships with the likes of Bob Dylan, the Allman Brothers, and Willie Nelson helped to define his campaign. Jimmy Carter Rock & Roll President combines intimate interviews with Carter along with rare archival era-defining live performances from: Willie Nelson, Aretha Franklin, Jimmy Buffett, and Paul Simon among others. Director Mary Wharton traces how Carter’s genuine approachability and the unifying power of music became key to his political appeal, and allowed him to connect with voters who may only have known him as a small town peanut farmer.
Director Mary Wharton won the 2004 Grammy Award for Best Music Film for her documentary feature Sam Cooke: Legend. Other notable feature film credits include Joan Baez: How Sweet The Sound, the platinum-selling concert film Phish: IT, and Farrah Fawcett Forever.
“The film accurately captures my love for all music and the importance music has played in my personal and professional life. I remain hopeful and believe that music can serve to bring us together as a nation. Rosalynn and I are pleased with the fine film Mary and Chris have made and thank all those involved for telling this story. We are thrilled that it will debut at the Tribeca Film Festival,” said President Jimmy Carter.
“We witness the power of art inspiring change and the positive impact of citizens raising their voices against injustice everyday,” said Jane Rosenthal, Co-Founder and CEO of the Tribeca Film Festival.
“As filmmakers, we were inspired to create the Tribeca Film Festival after 9/11 because we believe in the power of art to restore community and inspire change. Mary and Chris’ film, likewise, is a testament to that power.”
To further fortify that movement, Tribeca is partnering with Democracy Works and Civic Alliance, America’s premier nonpartisan coalition of businesses working together to build a future where everyone can vote, volunteer, and take action to shape the country. Tribeca Film Festival audiences will be given access to online tools that make voting easy; sending them text updates and educating them about ways to get involved in their local elections. Tribeca also provides staff with paid time off to vote, working to strengthen employee engagement.