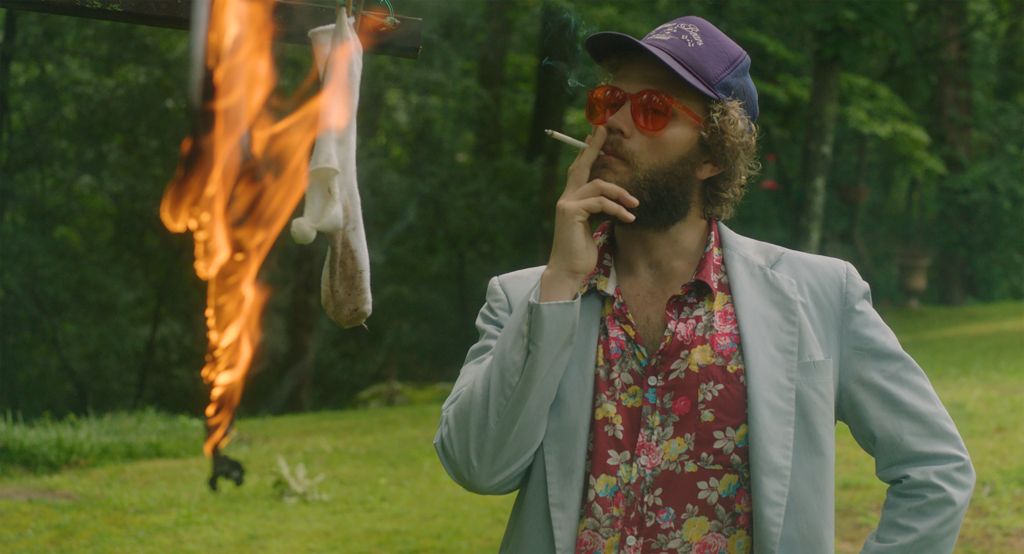 Everyone has some family drama in their lives, but few are able to document their troubles in such a lyrical, artistic manner as Bo McGuire, and his film Socks on Fire is a stylistic, introspective look at the women who raised him, including one bringing strife to his family.

Told through both beautifully shot reenactments and home-video footage, McGuire takes a poetic journey back to his hometown of Hokes Bluff, Alabama, to deal with a dispute over the family home after their beloved matriarch passes away and doesn’t leave behind a will. McGuire says that his aunt, who was a driving force in his upbringing, has claimed the house and all the items in it and left his uncle without a home.

This turmoil causes Bo to set forth in making a documentary about his hometown and his family and to reflect upon growing up queer in the Deep South and the elements that made him who he is today. It’s not simply the family dysfunction that makes Socks on Fire something special. In fact the conflict itself is rather banal when compared to, say, a global crisis and often takes a back seat, even in this film, to the deeper exploration of the McGuire family dynamic. But it’s Bo’s exquisite storytelling and plot structure that make this a wildly entertaining, and, at times, an incredibly moving documentary.

The film seamlessly flows between VHS home videos, handheld shots and staged reenactments, giving us a glimpse into McGuire’s colorful hometown, exposing both the tenderness and difficulties his family faced in this rural, conservative landscape, which is bolstered by stunning cinematography by Matt Clegg.

He made the brilliant decision to cast Chuck Duck to play his aunt, both adding a layer of comedy to the storytelling while also slyly taking a jab at his aunt, who would certainly disapprove of a man donning a wig, makeup and fake breasts to portray her. The director finds himself conflicted in this familial falling-out. On one hand, he cares for his mother and his uncle very deeply, and on the other hand, he was extremely close to his aunt, despite her disapproval of his sexual orientation. One could say that this is a decidedly one-sided story, with his aunt not participating in the film, but it’s not so much about the conflict itself but instead the memories, both full of joy and sorrow that they evoke.

McGuire clearly poured his heart and soul into Socks on Fire, and it shows in nearly every moment on screen. More than just a cautionary tale about the need to craft a will before you pass away, Socks on Fire explores broader themes of identity, family and the people who shape us as individuals. At times funny, frustrating and deeply emotional, this documentary bucks the trend of standard, paint-by-numbers nonfiction cinema by presenting something wholly original with a distinct style and level of detail, which only something that’s incredibly personal can achieve.