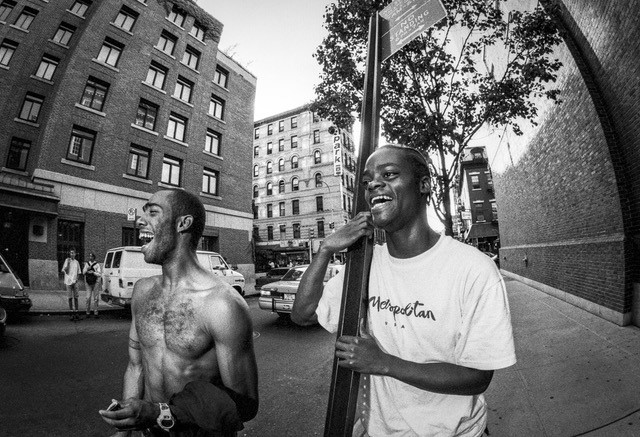 It was just a few short days ago that I was writing about the ’90s NYC skateboard scene in my review of The Kids, which takes a look at the individuals involved with Larry Clark’s seminal 1995 film, and now I’m back with a similarly themed documentary that’s also screening at the Tribeca Film Festival – All the Streets Are Silent: The Convergence of Hip Hop and Skateboarding (1987-1997). Though the title may be a mouthful, this well-crafted doc by Jeremy Elkin lovingly celebrates ’90s hip-hop and skate culture, bringing us a treasure trove of footage and interviews.

Told through a combination of archival footage; talking-head style interviews with some of the key members of that scene; and narration by Eli Morgan Gesner, founder of Phat Farm and Zoo York, All the Streets Are Silent presents an easily digestible timeline of when and how New York’s skateboard and hip-hop communities converged and transformed both industries into what we know today.

Nearly all the major players in the New York scene during this era are represented here, with interviews featuring the likes of Kid Capri, Fab 5 Freddy, Jeff Pang, Moby, and a slew of others. Notably, unlike The Kids, which was unable to get Rosario Dawson and Leo Fitzpatrick to discuss their experiences, All the Streets Are Silent features both of them somewhat prominently. In fact, this film even uses a lot of the same footage as the other one but dives deeper into the cultural aspects of skating while including the hip-hop elements too.

Though they tend to linger too long on some segments, it’s fascinating to take a glimpse into this wild time in NYC, when a small group of individuals were reigniting street skating, which, at the time, was in a major decline in popularity. At the same time we see early performances from the likes of Busta Rhymes and Wu-Tang Clan, who were taking the city by storm.

All The Streets Are Silent is an immersive piece of pop culture history, covering all the major people, places and events from this insanely influential period; from the opening of Supreme to the release of the Zoo York Mixtape, it’s all here and looked back at fondly by those who experienced it.

Like most documentaries of this ilk, it’s designed for those with at least a modicum of interest in this subject; it’s presented in a fairly conventional manner, but the information is well organized and thorough and delivered in an entertaining and interesting way. The bevvy of talent interviewed, along with the fantastic soundtrack and substantial amount of footage make this an easy recommendation for those looking to wax poetic about the good old days of New York street culture.