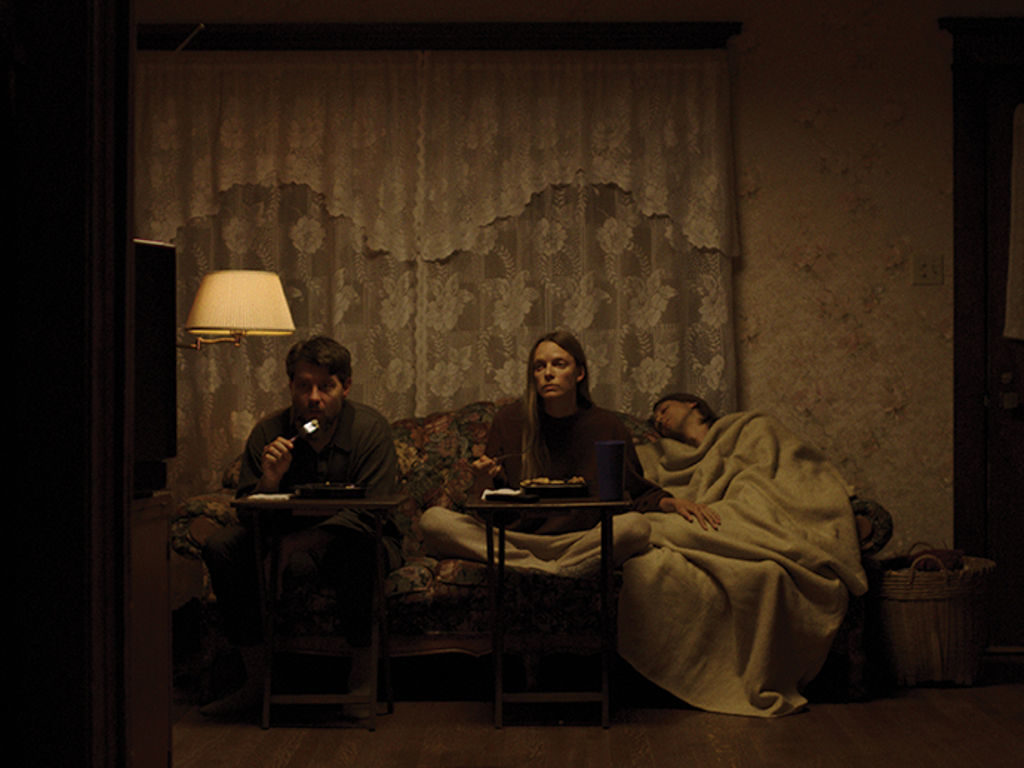 Exuding the same artsy vibes of its recent indie folk horror brethren, Jonathan Cuartas’ My Heart Can’t Beat Unless You Tell It To is an ultra lo-fi,slow-burn thriller that, while visually appealing, lacks a bit in its overall narrative.

Patrick Fugit and Ingrid Sophie Schram play Dwight and Jessie, siblings who are tasked with caring for their younger brother, Thomas, played by Owen Campbell. Now, it’s not just that Thomas has special needs; you see, these needs are of the biological variety, specifically needing to consume human blood in order to sustain himself.

Thomas’ sickness prevents him from leaving the house by day, as another symptom is major sensitivity to sunlight, and his overbearing sister doesn’t allow him to go out at night, stating that everyone is asleep so there’s no point.

As Thomas has grown older, he’s clearly feeling the weight of this isolation begin to bear down on him and his desire for outside human contact begins to take over, despite his sister’s objections. While this is happening Dwight is having a crisis of conscience, and the regular bouts of homicide he must carry out are finally taking their toll on his mental state.

He’s looking for companionship of his own and finds it in a local prostitute who he hopes to convince to leave with him to start a new life. He’s trapped in this awful situation, but he’s dedicated and still cares deeply for his brother and sister.

The three central characters carry the weight of the film on their backs, given the central plot revolves around them grappling with their brother’s illness and their strained relationship with one another, mostly taking place within the walls of their dwelling. They speak softly, nearly emotionless, like the weight of the world has beaten them into a pulp and they’re only going through the motions of living at this point.

The sparse lack of communication, which seems to be a weird trend with these indie thrillers, is frustrating, though not nearly as much as in some similar titles. Fugit, Schram and Campbell all deliver solid performances, with Fugit’s character providing the most emotional heft.

Presented in a 1.33:1 aspect ratio, the camera is kept tight on the characters, focusing on facial expressions and reactions and accentuating the isolation felt by the family. It’s a technique that works well and adds a bit more style to the dreary setting.

Sadly, despite its performances and arresting visuals, My Heart Can’t Beat lacks an adequately compelling story. It’s a movie that opens dryly and remains so throughout the runtime, even when there’s an occasional blood-letting on screen. So many of these films focus heavily on the characters and neglect inserting them into a story that entertains or enlightens. I liked spending some time with these siblings, but after the credits began to roll, I realized there’s just nothing really here to grab onto, leaving an ultimately forgettable experience.