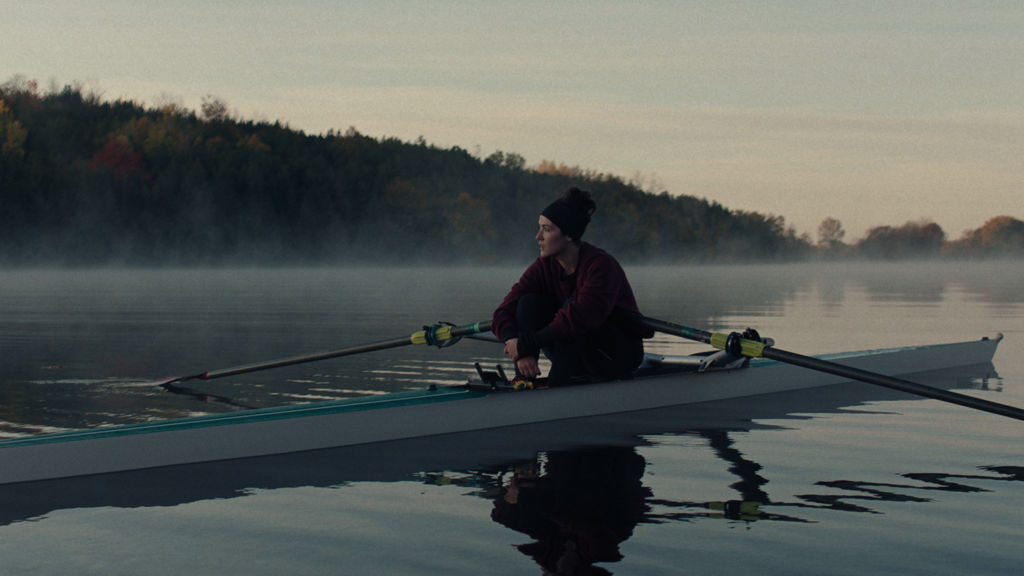 Playing out like the rowing equivalent of Whiplash, Lauren Hadaway’s intense, frantic and constantly energetic The Novice is an overwhelming but fascinating look at obsession. Isabelle Fuhrman plays Alex Dall, a college freshman who decides she wants to join the novice crew team. What quickly becomes apparent is that Alex is more than just an overachiever, she has some very unhealthy tendencies regarding her obsessive nature.

As she becomes more and more focused on her rowing, she begins to alienate those around her, neglecting what few friends she has and jeopardizing a budding relationship with a TA. She looks at her teammates as fierce opponents that she must defeat at all costs, ignoring all the physical signs that she needs to back off or could cause some irreparable damage.

The Novice outwardly represents Alex’s intense obsession through the nearly non-stop kinetic pace, never giving the audience a moment to catch their breath before moving into the next scene at a break-neck speed. This is accentuated by the scribbled title cards and chaotic and notable score by Alex Weston.

It’s a bleak film that doesn’t necessarily paint its protagonist in a sympathetic light, but it’s an impressive character. I was glued to the screen. It’s similar to watching films about addiction, experiencing the main characters spiraling, wondering where their rock bottoms will be and if they’ll make it through to the other side of this thing. There’s a distinct lack of color; everything is drab and overcast, complementing the industrial look of the campus.

Fuhrman, who most people will recognize as the grown-up version of the creepy girl from Orphan, is outstanding as Alex Dall. One has to wonder if she herself had to reach nearly the same obsessive dedication to this role as the character does to rowing in order to achieve such a performance. This is clearly a breakout for her and should absolutely lead to more substantial roles like this for her.

The ending is a bit underwhelming, however, and could have used a bit more justification as to some character motivations, but I did appreciate the cut to black, a technique that I always prefer in my endings. The Novice was a fiercely entertaining and an altogether draining film that makes crew look way more intense than a team of rowers gliding synchronically on a tranquil lake. It’s a pointed look at mental illness but doesn’t directly address it or finger wag, nor does it propose any solutions to “fix” the lead.