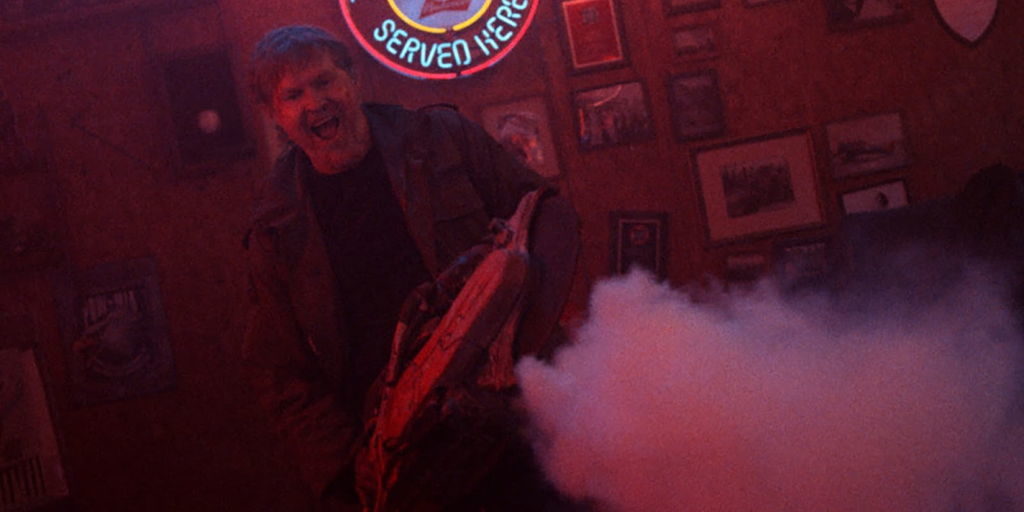 It was only a few months ago that we were talking about Joe Begos’ last horror feature, Bliss, a no-holds-barred splatterfest, and now here we are again with VFW, another throwback genre picture guaranteed to satiate those gorehounds out there hungering for some good old-fashioned blood and guts.

The premise is dead simple: the opioid epidemic in the U.S. has worsened, and a new, highly addictive drug dubbed ”hype” hits the streets, turning regular addicts into crazed, zombie-like addicts. After the leader of a drug-dealing gang kills her sister, a young woman steals their stockpile of hype and runs into a nearby VFW post for safety.

Inside is a group of aging veterans celebrating a birthday and looking to drink their cares away. Unfortunately for them, the druggie gang lays siege to the bar, and they must dust off their combat skills and fight for their survival. 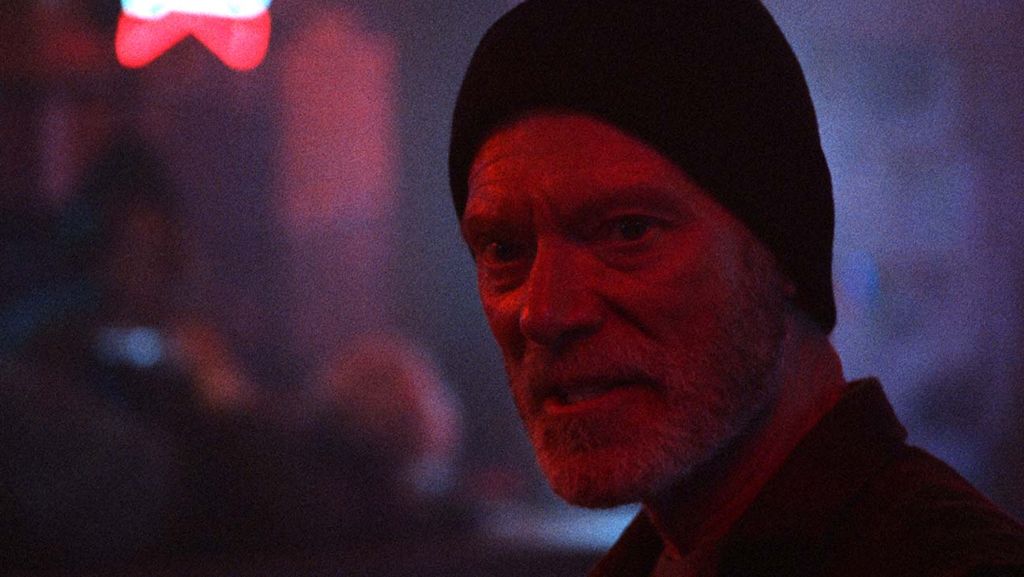 Utilizing an absolute kick-ass cast, Stephen Lang is Fred, who leads the group of vets. He’s a sullen, cynical drunk who loves his beat-up truck and his bar. He doesn’t take shit from anyone, which is exactly what you’d expect from a role inhabited by Lang.

Rounding out the crew is Fred Williamson, Martin Kove, David Patrick Kelly, Tom Williamson and George Wendt (who was also surprisingly in Bliss). Bringing on a cast like this only hammers in the throwback aesthetic, making VFW feel like something straight out of the early ’80s with its grungy look and wild, punk-rock antagonists.

Travis Hammer plays Boz, the leader of the gang. He’s a sadistic sonofabitch who plays the villain part well but also a bit too straight, too normal. He’s evil as all get out, but he lacks a level of insanity that would put him over the top as a memorable foe.

Slightly more unhinged is Gutter, Dora Madison’s character, who is also a returning actor from Bliss. Instead of a crazy artist hungering for blood, she’s a crazy henchwoman with a sword. Like her previous collab with Begos, she excels. 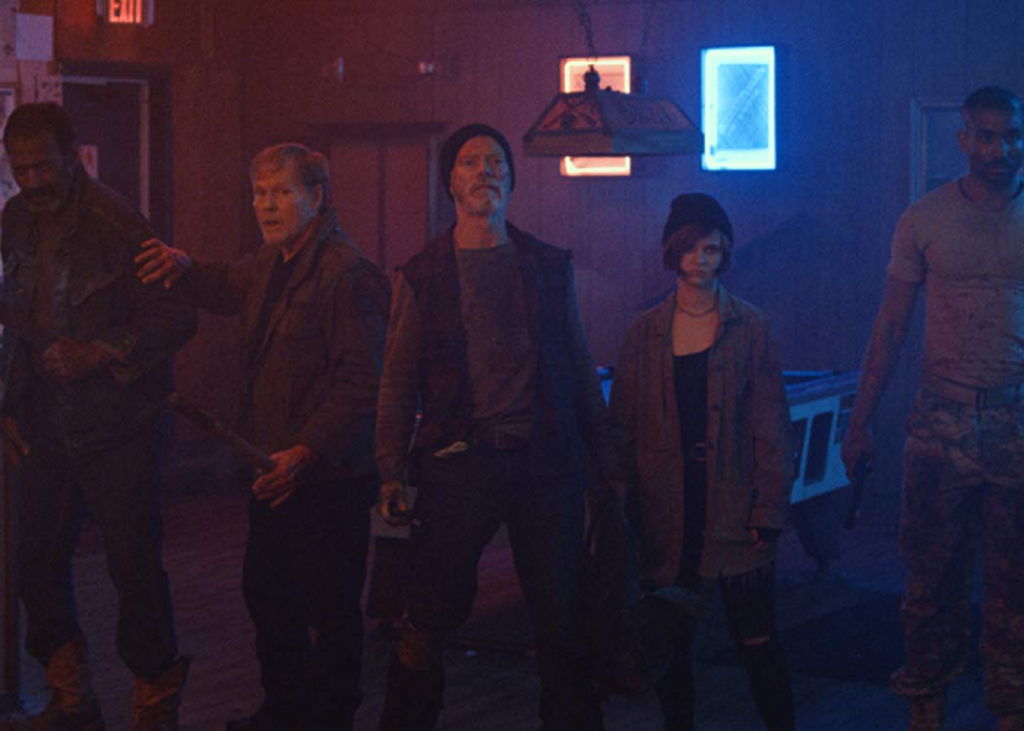 VFW has a narrative that’s stripped down to its essential parts: we get a brief introduction to this world and the people in it, and then shit hits the fan. And that’s not necessarily a bad thing either. Begos knows exactly what he’s doing, and he delivers upon it to an almost flawless degree.

The bulk of the 82-minute runtime is spent inside the bar, drenched in red emergency lights, an aesthetic choice that’s effective at first but becomes an obstacle when the action begins to ramp up. Everything is so damn red, and the fast, closeup cuts make it difficult to parse exactly what’s happening at times, but there is no doubt that there are a lot of people being murdered in an excruciating manner.

After the customary gearing-up scene, I was so amped to see these dudes mess up an army of junkies, and I was not disappointed. Limbs fly; gallons of blood are spilled; and no shortage of heads are blown to bits in an extravaganza of practical gore effects left and right. 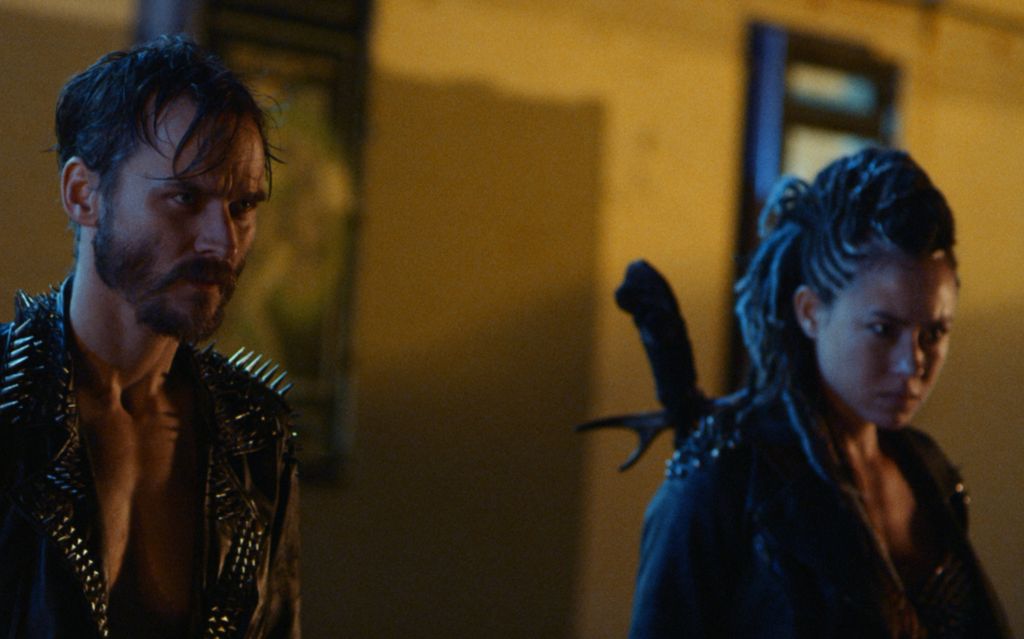 Joe Begos is clearly a horror superfan, dipping his toes into a different subgenre with each of his directorial efforts and bringing his own voice into them; with each title, his style and craft becomes more astute.

If you’re in the market to see what happens when an army of zombie junkies goes up against a set of angry veterans who don’t give a fuck, then VFW is your ticket.