Netflix has released a new trailer for the upcoming Stephen King and Joe Hill adaptation In The Tall Grass, directed by Vincenzo Natali. The film involves two siblings heading into a field to rescue a lost boy, only to get caught up themselves in a sinister force lurking within the grass. Harrison Gilbertson, Laysla De Oliveira, Avery Whitted, Will Buie Jr., Rachel Wilson, and Patrick Wilson star.

In The Tall Grass will be available on Netflix October 4th.

When siblings Becky and Cal hear the cries of a young boy lost within a field of tall grass, they venture in to rescue him, only to become ensnared themselves by a sinister force that quickly disorients and separates them. Cut off from the world and unable to escape the field’s tightening grip, they soon discover that the only thing worse than getting lost is being found. Based on the novella by Stephen King and Joe Hill. 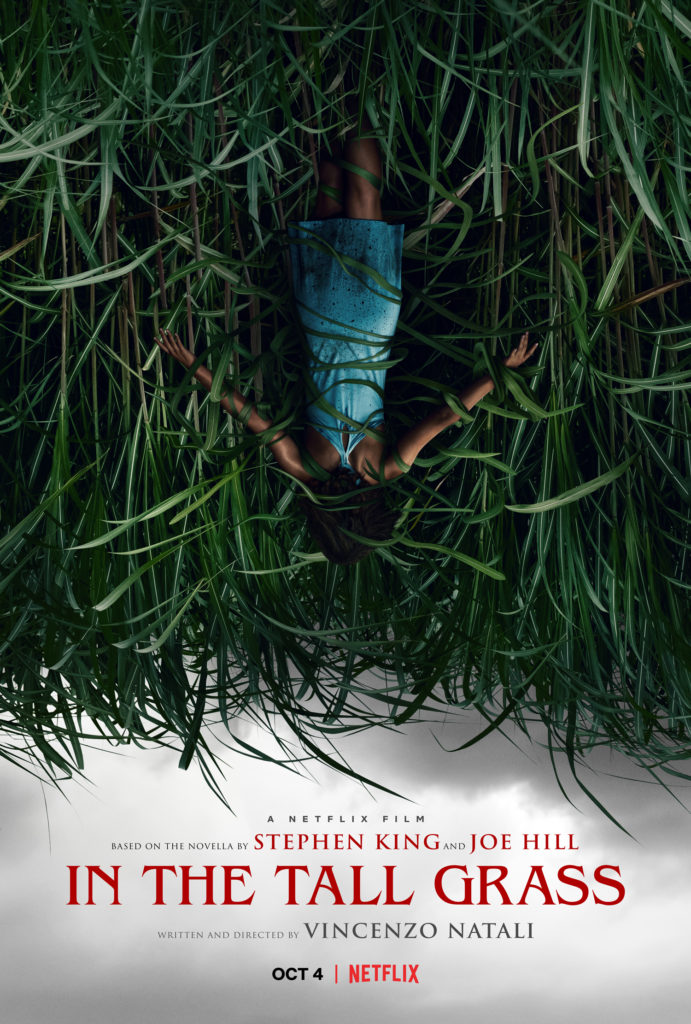